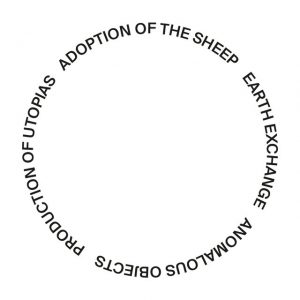 The Fondazione Baruchello opened a new venue in Rome, at via del Vascello 35, with the project Start up Four Agencies for the production of the possible, from an idea by Gianfranco Baruchello, curated by Maria Alicata and Carla Subrizi.

With this, a new chapter begins for the Fondazione—born in 1998 and still active with its headquarters at Parco di Veio—that aims to strengthen its link with the City, while increasing its activity and dialogue with the public, through this 300 mq space in the very heart of the Capital.

Focusing on the relationships between art, nature, economy, and history since the very beginning, Gianfranco Baruchello’s research continues with this experimental work, that takes its name from the economic realm. Indeed, the term start up identifies a new enterprise in the form of a temporary organization or capital company in search of business models to create and distribute value. In a historical moment characterized by flexibility and mobility, where the meaning of terms such as work, economy, production and formation are in constant crisis and transformation, art becomes the territory where new forms of imagination can challenge the limits of the possible.

The project is structured as an office for the promotion and circulation of visionary proposals that intend to trigger new economic and relational dynamics to redefine the relationship between use value and exchange value.

The exhibition space hosts four agencies, each of which will work independently on: the promotion of earth exchange at a global level, the adoption of portable sheep, the production of utopias and the realization of anomalous objects.

The agencies will work towards the promotion of these various activities, searching for investors, companies and amateurs, willing to support, accompany or co-produce the proposed projects.

For the whole duration of the exhibition, talks and workshops will inquire into themes such as utopia, surplus and disvalue of the economy, the role of the sheep in the history of art, pastoralism, survival and capitalism, with a transdisciplinary perspective: a methodology that has always characterized the activities of the Fondazione Baruchello.