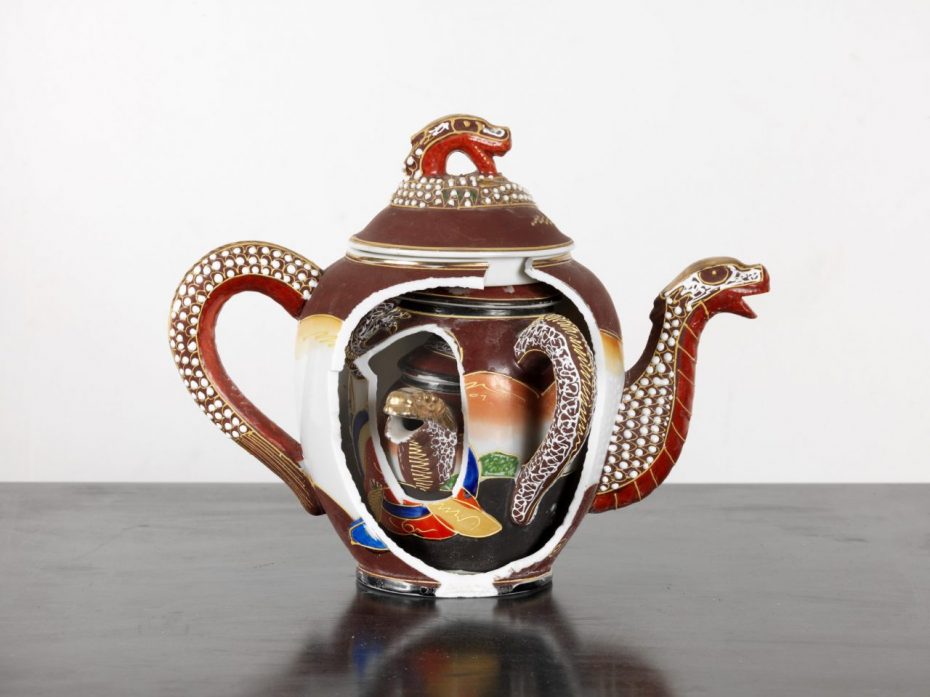 With Vita d’Artista, Flavio Favelli (Florence, 1967) takes center stage from 26 November 2020 to 5 March 2021 of a site-specific exhibition project involving all of the Adolfo Pini Foundation’s spaces.

Starting from the suggestion of Carlo Cassola’s book that, with the same title, addresses the question of art with respect to certain ideals, politics and social commitment, Favelli intervenes in the house that belonged to Adolfo Pini (1920-1986) and before him to the painter Renzo Bongiovanni Radice (1899-1970), in search of a comparison between the past, his legacy and the artist’s work.

Flavio Favelli uses objects of decor or everyday use that refer both to the bourgeois aesthetic of the family environment in which he grew up, and to that of consumption produced by industry and advertising. In his works – collages, sculptures, and environments – the materials are assembled to create superimpositions of meaning that do not distort the objects but amplify their symbolic value. They are objects of a past daily life but still unconsciously present today.

Favelli seeks a close comparison with the environments of great seduction and evocative power of the Foundation. Writings, logos, urban signs and advertising images, in the rooms furnished with valuable furniture and paintings, carpets and Chinese vases, do nothing but clarify and decisively manifest the relationship between the artist’s imagination and a context that is itself intertwined with the world of commerce and the city’s bourgeoisie.

The title Vita d’Artista (Artist’s Life) for this site-specific intervention comes from a reflection on the private dimension of a house of “enlightened bourgeois ideals”: a context as happy as it is ambiguous for a comparison with the past and with that “sense of beauty”, still extremely vital, transmitted by its furnishings. At the same time it is also a way to emphasize the differences that emerge in the relationship with a “beautiful house” and an idea of an aesthetically “beautiful” art and the point of view of an artist who tries to reread, with unpublished works, a place and a time that somehow belongs to us.