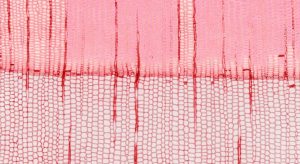 Wednesday, February 27, at 19.00, the under 35 curatorial team, chosen from over 150 applications, presents the multi-year project Casa dei Saperi, which will be dedicated to the New Utopias for the next two years. 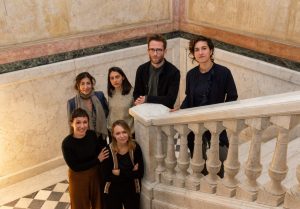 In the new expanded spaces of the Pini Sonia D’Alto Foundation, Elisa Gianni, Itamar Gov, Cristina Travanini and Alessia Zabatino will conduct dialogues and conversations with the Romanian artistic collective Apparatus 22, the philosopher Leonardo Caffo, the criminologist Adolfo Ceretti, Sara Ferraioli di Maestri di Strada and the Turkish co-founder of Collective Çukurcuma, Mine Kaplangı. The evening ended with a sound performance by the French-Canadian artist and composer CECILIA.

At the heart of the project, the New Utopias theme is explored and explored starting from new, more sustainable ways of being citizens, through the will and efforts of thinking and often acting together for alternatives to the status quo.

“We started working on the theme of New Utopias because we want to think that we are in an era when it is urgent to go back to talking together, to exchange ideas and experiences to grow, become larger and transform the reality around us also with our contribution. We have chosen to do this with talented young people, committed to different paths, all united by passion, by the habit of combining a theoretical and practical dimension “, says Valeria Cantoni Mamiani, creator and director of Casa dei Saperi.

Just the ability to exchange and compare young professionals from different fields and disciplines will be the guiding thread that will guide, for the next two years, the under 35 curatorial team selected by the Adolfo Pini Foundation through an Open Call attended by over 150 candidates from different countries. These include Sonia D’Alto, Elisa Gianni, Itamar Gov, Cristina Travanini and Alessia Zabatino, who, under the guidance of Valeria Cantoni Mamiani, will have the task of developing and managing the program over the next few months.

The first event will be the inaugural evening, in which each of them will talk, respectively, with the Romanian artistic collective Apparatus 22, the philosopher Leonardo Caffo, the criminologist Adolfo Ceretti, Sara Ferraioli of the Association of Road Masters ONLUS and with the Turkish curator and co-founder of Collective Çukurcuma Mine Kaplangı. The meetings will take place simultaneously and in five different rooms of the Foundation.
To conclude the evening: Miracle, a sound performance by the artist and French-Canadian composer CECILIA, to be held in the main hall.

Five topics of study on which curators will decline the New Utopias over the next two years, starting from the evening of the project: we will talk about learning as a challenge to change, repair as a necessary practice in a world that has built a lot It is very broke from relationships, post-human as generative hybridization with technology and as repositioning with respect to animals and the environment, identity as an open and evolutionary form and not a closed cage in which to install and protect oneself, of imagination and power as a space for the affirmation of the intrinsic power of which every human being and every community have the right to be able to be, to be able to make and to have an impact.

Thanks to the contribution of the young curatorial team, the cultural project Casa dei Saperi is, therefore, an open laboratory for comparison, dialogue and contamination on some central themes of the contemporary debate. Casa dei Saperi, read as a place of exchange and horizontal and non-academic interaction between the different forms of knowledge, attempts to create and give an egalitarian space for reflection, presentation, offering the public of the Fondazione Adolfo Pini a place and time of quality made of transversal looks and open to new and change.

The Casa dei Saperi wants to be a place of quality conversations, generative exchanges between different disciplines, different worlds that meet to open and never close, to generate thoughts, actions, collaborations, to co-create meaning at a time when the sense seems to be lost in the mesh of hyper-specialisms, the effort to find a place in the world, in work, in relationships.

What will happen at the inaugural evening: To address the issue of reparation will be Elisa Gianni with Adolfo Ceretti, criminologist and expert in restorative justice, intended as reversal of perspective and remittance to the center of the person to contribute to a new more general rebalancing, which goes beyond the restoration of functionality or refound integrity.
Instead, Mine Kaplangı and Itamar Gov will discuss the role of art spaces as places of refuge and evaluation in times of nationalism, populism and xenophobia. Taking as a starting point the activities of the Çukurcuma Collective of Istanbul, the discourse will deal with notions of censorship, transnational identities and the duty / right to represent the “Other”.
In dialogue with Cristina Travanini, Leonardo Caffo will present the ideas contained in his Fragile humanity (Einaudi 2017), telling of a human who changes in various ways, hybridizing with technology but also reducing the distance with the non-human, animal and other plant, and trying to make new clarity on the now ubiquitous concept of “posthumane”.
Alessia Zabatino and Sara Ferraioli (Maestri di Strada Onlus), will talk about the possibility of rethinking and designing educational practices and actions for children, teenagers and adults, that challenge every part of the self and that are able to face and generate changes in the educational system and of the social system.
The dialogue between the Romanian collective Apparatus 22 and Sonia D’Alto wants to be an inspection in what is an activist and provocative artistic practice, towards artists who call themselves dreamers and explorers of futurologies (failed), and configure a moment of exchange mutual starting from a dialogue that develops from some themes addressed by the collective, such as simulacra, neo-miti and SUPRAINFINIT (a utopian universe that Apparatus 22 I invented and explored since 2015).