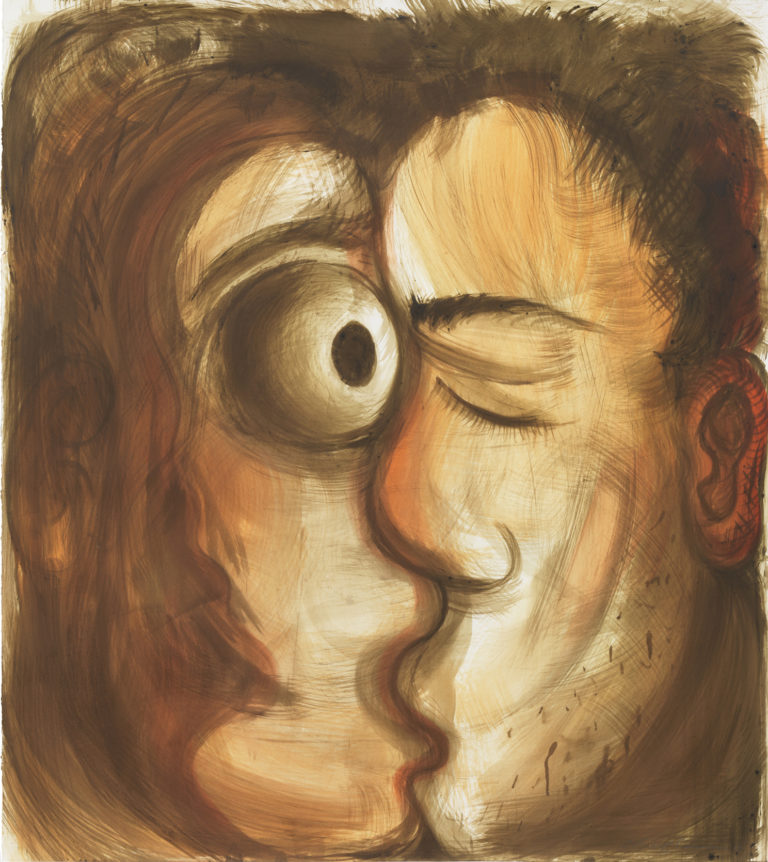 The Fondation Vincent van Gogh Arles is delighted to present “Nicole Eisenman and the Moderns. Heads, Kisses, Battles”, a touring exhibition that will be on show in Arles from 21 May to 23 October 2022.
The exhibition is the result of a close collaboration between the artist Nicole Eisenman and four European museums: the Aargauer Kunsthaus in Switzerland, the Kunsthalle Bielefeld in Germany, the Kunstmuseum Den Haag in the Netherlands and the Fondation Vincent van Gogh Arles in France.

Nicole Eisenman (b. 1965) is an American painter and sculptor who lives and works in Brooklyn, New York, where for over thirty years they have been producing a multifaceted and abundant body of work that is overtly ironic and political. Profoundly informed by the artist’s personal life and infused with the motifs and issues of today’s world, Eisenman’s practice is also closely related to the art of earlier centuries, from antiquity and the Renaissance to modernism.

The exhibition presents more than seventy paintings and drawings by Nicole Eisenman, offering an extensive overview of their work since the 1990s. This ensemble is juxtaposed with seventy works on loan from the collections of the partner museums in Aarau, Bielefeld and The Hague. Dating primarily from the early years of the twentieth century, they include works by internationally renowned modern artists such as James Ensor, Edvard Munch, Paula Modersohn-Becker and Vincent van Gogh – but also works by lesser-known artists who played an influential role within their sphere, such as Max von Moos and Alice Bailley in Switzerland, Gerd Arntz and Co Westerik in the Netherlands, and K the Kollwitz and Hermann Stenner in Germany.

Nicole Eisenman is considered one of the most important American painters of her generation. Their work has been shown in institutions and at events around the world, including at the Whitney Biennial in New York (2019), the Skulptur Projekte exhibition in Münster (2017), the New Museum in New York (2016), and the Kunsthalle Zürich and Frac Île-de-France (both 2007).
Nicole Eisenman lives and works in Brooklyn, New York. Awarded the Carnegie Prize in 2013 and the prestigious MacArthur Fellowship in 2015, in 2018 they were inducted into the American Academy of Arts and Letters.