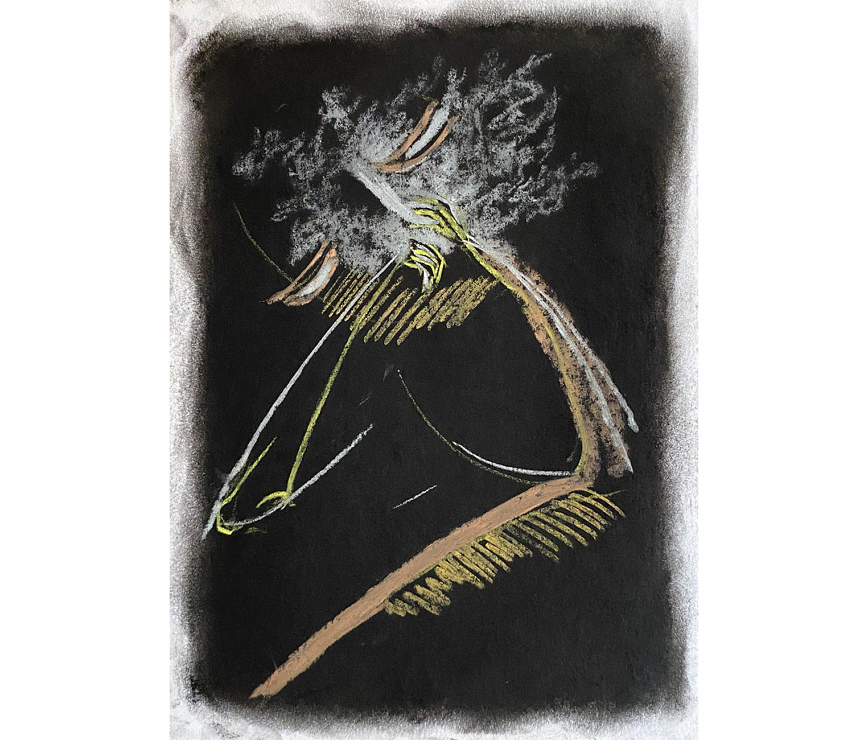 The exhibition The Sowers presents 26 artists and takes the form of a dialogue between clay and thread. These two elements become a space of cross-pollination for rituals, crafts and the aesthetics of survival as well as the dimension of recycling in order to highlight—through materials and usage— plural forms, all imprinted with a universal ecological consciousness.

The Foundation is conceived as a community space within a poetic and spiritual atmosphere. The exhibition begins with the paradigm of weaving, the labor of childbirth, revealing—in visual language—“the mysterious anatomy of humankind.” The materials deployed by the artists thus become instruments of destiny, akin to silks that spin our future.

The exhibition continues with a festive and luminous installation characteristic of tropical imagery: composed of fantastic embroideries with exotic landscapes and hybrid sculptures, oscillating between private and public space. These sculptural forms are inspired by modernism, popular culture and specific historical moments. They principally explore the poetic use of objects and utilitarian works. To conclude, the main room of the Foundation is dedicated to clay—which recalls, through its form, ancient spiritual places—and is inspired by the iconography of fertility. The floor hosts synergies of signs, beliefs, energies and materials integral to a “sanctuary,” summoning the past and universal questions.

Earth and the Process of Metamorphosis

Jasmine Little’s installation was created from a unique formula of clay. Little sculpts directly into still-damp earth, encrusting it with additional materials such as porcelain, gravel, and clinker bricks salvaged from a house in Pasadena, California, where she lives. Little’s work is iconoclastic and highlights a shifting between eras and artistic movements.

Gabriel Chaile has developed a visual language rooted in both ancient and modern forms, indigenous craftsmanship and social advocacy. For this new series of unique drawings, his process with pigments on a charcoal background enables him to draw out mystical shapes from the darkness. Drawing is an essential component, a pictorial vehicle for his research into the indigenous cultures of South America.

Angèle Guerre’s work—which questions the memory of textures and motifs—provides another way to examine surfaces through rhythm and movement, lacerating leather skins colored with pigment then covered with paper, notched to evoke a tribal look. Belinda Blignaut’s performance work connects directly to the earth. Through an interplay of body movements, the artist incorporates everything on site. For the exhibition, Blignaut performs Mud Rites: “This is an act of abandon to the land, where art and rituals enable us to express the intuitive in a visceral and visible way. Placing my body in the earth speaks of transformation, death and continual rebirth.”

Fatiha Zemmouri’s “Landscape” series seems cut from plowed soil, a symbol of renewal, germ of all possibilities. It is presented vertically, immediately imbuing these bits of earth with a particular aesthetic value: a physical link that one can have with sculpture.

Sol Calero’s installation “Daybed Melon Yellow” showcases non-canonical, non-traditional popular art forms, which are generally excluded from Western art history. By looking at how Latin American cultures are perceived and exported, this work conveys to the viewer the processes of exoticism inherent in imagery and narratives of ‘other’ culture.

Alexander Marinus is a multidisciplinary designer interested in the relationship between culture, society and nature. He highlights the merits of brut jute fiber, the second-most cultivated textile fiber in the world and explores here the possibilities of hemp and flax, which were once cultivated in Belgium. Placed on a bookcase, Anila Rubiku’s embroidery work is outfitted in colorful Geta sandals, a nod to the Japanese culture from which the artist draws her inspiration. She shares space with Raphaël Tiberghien, who humorously designs his teapots as though they’re inhabited structures, creating a new relationship to space in miniature.

Hand-Crafted: Threading Our History, or ‘The Woven Self’

Niyaz Azadikhah is an artist who has led sewing workshops as community projects for women in Tehran. The artist—whose images are systematically banned in Iran—uses embroidery as a means of expression, to sketch out observations or ironic comments on her day-to-day. Her embroideries slowly metamorphose and mutate, gently drifting into the form of plants, which transform into flowers in bloom.

Julie Monot will perform Before It Was Water, featuring a hand-crafted kimono bearing motifs inspired by various types of single-celled organisms. Folded over a metal bar suspended from the ceiling, the work will be worn by a performer during the opening.

Desire Moheb-Zandi ceaselessly explores handicrafts and weaves using recycled materials. The artist draws from her diverse cultural roots (Turkish, European, Iranian) and from having observed her Uzbek grandmother, a traditional weaver, to integrate her personal history within a wider cultural one. From neon tubes salvaged in Pontal de Maceio in Brazil to industrial plastic retrieved in New York, joining composite pallet yarns, she unifies raw materials. Rather than making sketches beforehand, she composes a textile piece using a range of bright colors. These mix with Julian Farade’s universe; he dreamed up an inverted stitch, allowing him to create tapestries of flat colors and shapes, collapsing foreground and background. “The works lean neither towards good nor evil”—rather, one discovers wild, fantastic animals drawn from the artist’s imagination.

Clay and thread are witnesses to the evolution of cultures and peoples, to their tangible and intangible cultural heritage. They make it possible to understand the gestures of earlier peoples—be they in ritualistic or domestic contexts—and from these arise a symbolic language linked to materiality. The Sowers examines the tension and temporal intersection of two stories, clay and thread: from the mystical ritual in which the artist engages with the process of transformation to its functionality within daily human life. Our relationship to these two elements is linked to their mythological dimension, shaped by their presence amidst both world cultures and the quotidian.

Image: Gabriel Chaile, Untitled, série They talk to me about darkness but I am dazzled, charbon et pastel sur papier, 21 x 15 cm