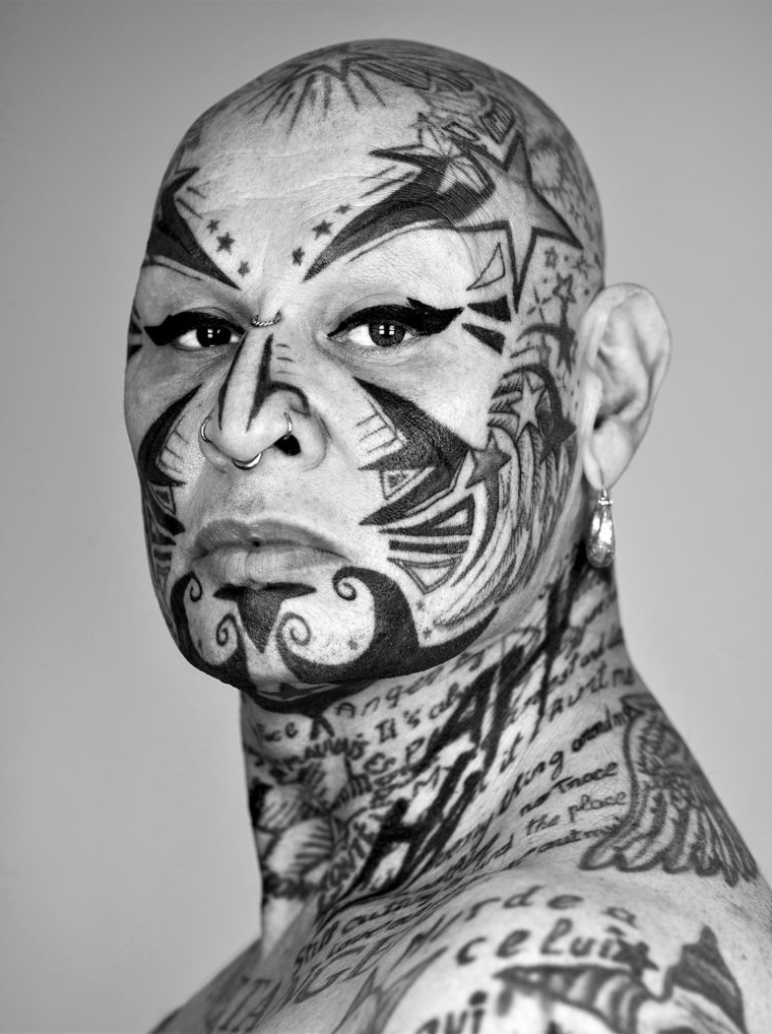 Jean-Luc Verna, who comes from a “conservative” home, decided as a teenager to cut family ties and move towards an alternative life where punk, sex and drugs were the order of the day.

Later, he decided to make art “his only drug” and put an end to drug addiction. He then entered Villa Arson to pursue his studies before becoming a drawing teacher for 20 years. Today he teaches at the art school of Cergy.

Although he is a multidisciplinary artist, Jean Luc Verna considers drawing as the “backbone of his work.” He follows a precise protocol in the conception of his drawings: from paper, he first passes to the tracing paper, which he photocopies using a toner print, which is then rubbed with trichloroethylene on different supports and finally transferred to the wall. Finally, he likes to enhance his work with coloured pencil, black stone, feathers, rhinestones and make-up. The motifs are recurrent in his works: he draws as much from Christian iconography as from contemporary imagery.

Fascinated by the British rock singer of the 70’s Siouxsie Sioux, whom he considers his muse, Jean-Luc Verna draws much inspiration from her. Creator and singer of the group I Apologize as well as an actor, choreographer and dancer, Verna’s uniqueness lies in his ability as a polymorphic artist who likes to play with the image he reflects, especially by metamorphosing himself on stage.

As a heteroclite, he likes to work with photographs in which he stages himself naked. Surgeries, piercings, tattoos and make-up allow him to express all his complexity and to counter current social norms. He reveals that one can make a purely autobiographical reading of his work since his works are always more or less related to the art of the body.

Opening on Friday, November 6, 2020 in the presence of the artist.