Martigny, Switzerlanduntil the 25th of november 2018 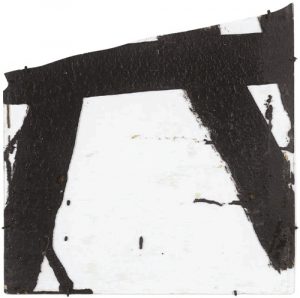 The Pierre Gianadda Foundation, which celebrates the forty years of its creation, dedicates its summer exhibition to Pierre Soulages, the painter of black and light.

Pierre Soulages, born on 24 December 1919 in Rodez (Aveyron), lives and works between Paris and Sète (Hérault). A major figure in abstraction, he is recognized as one of the greatest painters on the French scene today for his work that spans the second half of the 20th and the beginning of the 21st century. Soulages chose at a very young age the colour that carries all the others: black. He remains very attached to it, so much so that it is part of his artistic identity. Major in its art, it is declined, according to the tools with which it is applied, in smooth or uneven surfaces, which reveal a multiple and unexpected light. With an interest in prehistory and Romanesque art, Soulages elaborates his creation outside any stylistic group, according to a solitary and free approach.

Soulages – A retrospective, shows for the first time the collection of the painter’s works, dated from 1948 to 2002, kept at the MNAM-CCI Centre Pompidou. It is an exceptional ensemble composed of twenty-four of the twenty-five works listed: sixteen paintings, two of which are tar on glass, three walnut husks and five drawings. The exhibition is complemented by three walnut husks on loan from the Soulages Museum in Rodez, created in 1949, 1999 and 2003 respectively, as well as works from private collections.

Among the remarkable works in the collection are several “outrenoirs”, including Peinture 202 x 453 cm, June 29, 1979, which marked the major turning point in the artist’s career: “The term “outrenoir” is a neologism to explain that from April 1979, fluid black completely covers the surface, worked to reflect light, itself treated as a material; two tars on glass made during the summer of 1948 – tar, this original, new material, which leaves a surprising, mysterious trace on the glass; Painting 159 x 202 cm, 20 August 2015 and Painting 202 x 125 cm, 19 June 2017, unpublished and recent work, recall that from 2004 the artist abandoned oil for acrylic.

Soulages – A retrospective thus shows a total of more than 30 works created between 1948 and 2017 along a chronological path that highlights the pictorial research and the various techniques Soulages explored as well as the pivotal stages in his creation.

Didn’t Pierre Soulages declare that the interest of a retrospective is to see in a new place works which have never been shown together and which, changed by this new context, are new? It is to this renaissance that the Pierre Gianadda Foundation invites its public this summer.

Catalogue – The catalogue brings together, under the preface of Léonard Gianadda and Serge Lasvignes (president of the Centre Pompidou), texts by Bernard Blistène, Camille Morando, Benoît Decron, director of the Museums of Rodez agglomération, including the Musée Soulages, and Natalie Adamson, professor of art history at the University of St-Andrews/Scotland.
26 work notes, a biography, a selective bibliography and an anthology of Soulages’ works are also included in the book.