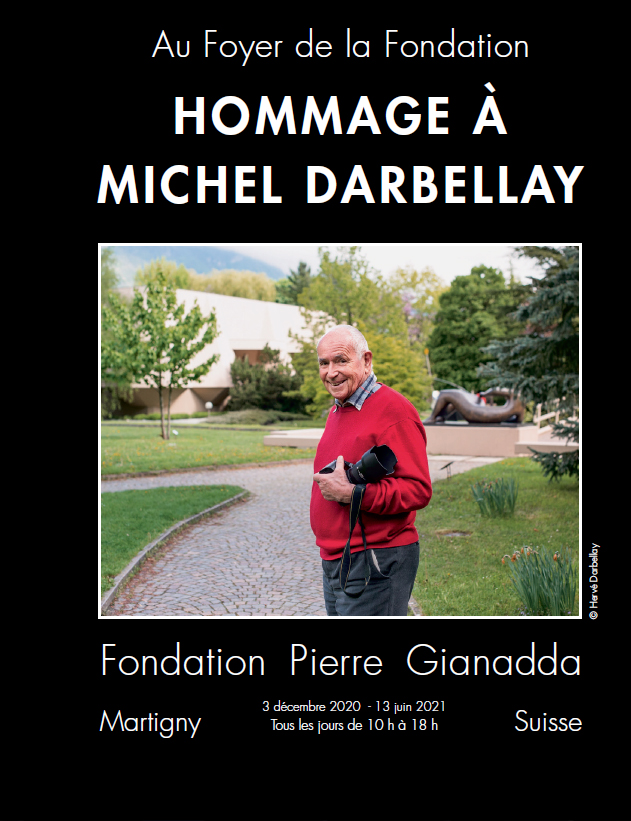 As a tribute to his friend, the Fondation Pierre Gianadda presents Michel Darbellay at the Galerie du Foyer, from December 5, 2020 to June 13, 2021. A retrospective realized in collaboration with the Médiathèque Valais-Martigny which keeps all the archives of the photographer.

Evoking Michel Darbellay (1936-2020) means talking about the Valais, its landscapes, the men and women who built it and who keep it alive. Remembering Michel Darbellay means thinking about this man who travelled through his canton, climbed mountains, wandered along the Rhone and Dranse rivers, tirelessly searching for new images that tell the story of his country. As he wrote in the preface to his book on the Haute Route (1978): “My pencils: Hasselblad, Leica, color and black and white film, but above all, an emotion and admiration always renewed for this great scenery in which I have been evolving since childhood.”

Born in 1936 in Martigny, France, Michel is the eldest son of Oscar Darbellay, a graduate of the Beaux-Arts of Basel, and Jeannette Mettan. He learns the basics of photography from his father, with whom he developed the production of postcards, before going on to fly on his own. In 1959, he opened his studio in his home town, Place Centrale. Heart of the city, it is the perfect place to observe with an attentive eye the daily life of the inhabitants, which Michel Darbellay succeeds admirably. The result was the 1983 edition of “Martigny ou le chuchotement des platanes,” which won the supreme award at the Grand Prix mondial des guides touristiques in Paris.