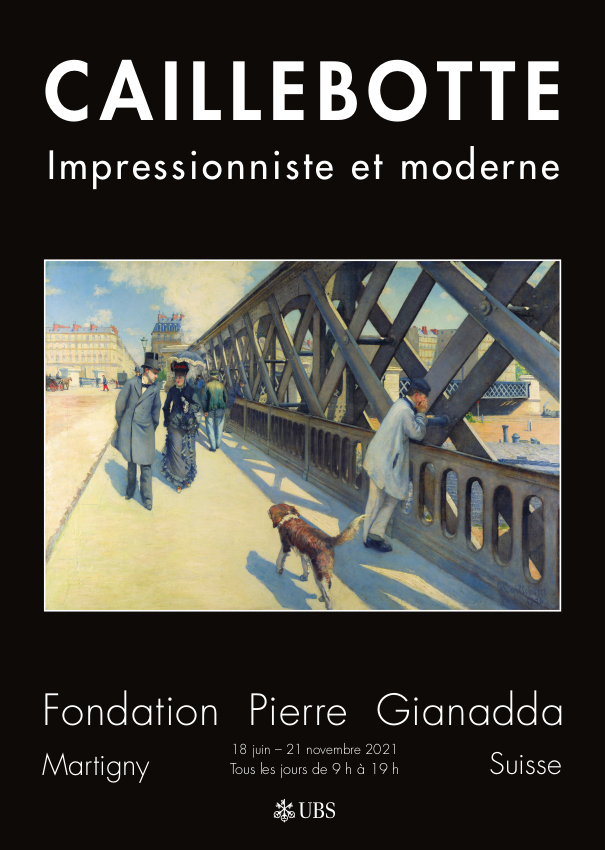 The Pierre Gianadda Foundation is devoting its major summer exhibition to the too little known painter Gustave Caillebotte (1848-1894). Organized by Daniel Marchesseau, Honorary General Curator of Heritage, this exhibition completes a cycle devoted to Impressionism that was started in Martigny in 1993 under the direction of Professor Ronald Pickvance (1930-2017) with Edgar Degas.

This tribute to Gustave Caillebotte, in the form of a retrospective, brings together some 90 canvases painted between 1870 and 1894: a rare collection revealed to the public thanks to essential loans from several European museums: The Musée d’Orsay, Paris, the Musée Marmottan Monet, Paris, the Musée des Beaux-Arts, Rennes, the Musée des Beaux-Arts, Rouen, the Petit Palais, Geneva, the Fondation de l’Hermitage, Lausanne, the Van Gogh Museum, Amsterdam, and the Museum Barberini, Potsdam, as well as important European private collections. This selection underlines the boldness and pictorial duality of the most secretive Parisian Impressionist, who died prematurely at the age of 45, leaving a body of work that consists of less than five hundred paintings.