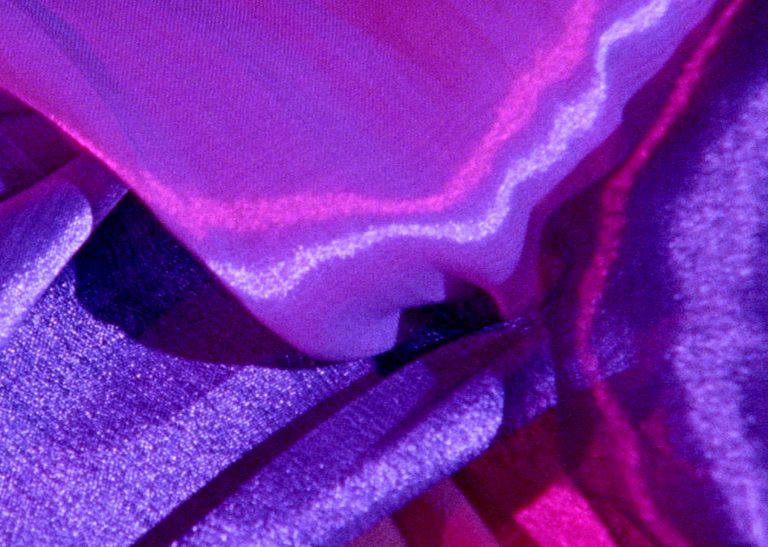 Through INFANS, Isabelle Cornaro invites the audience to discover, in a carefully elaborated configuration, short 16mm films that are at times associated with other animated images (found footage and/or animation films). With a high visual density, all these films immerse the viewer in a fanciful universe, and through their sequence in space, they echo one another, creating a narration that unfolds across the two exhibition rooms.

Entitled INFANS (from the Latin “who does not speak”), this exhibition evokes a world in which speech hasn’t yet appeared. It is a silent show, but not a wordless one, reminiscent of an intimate language, a musicality of signs. Playing with interlocks and interplays, somewhere between abstraction and figuration, moving images and stills, Isabelle Cornaro multiplies impressions and sensations, progressively submersing the viewer, who is invited to discover a setup where long still shots or simple panoramic scenes compose a silent visual score. This aspiration for silence that can be linked to the memento mori motto is extended with furtive and blinding apparitions. The artist explores expressionist effects of light that transform each sequence into a succession of images that seem to be blown away, as if struck by lightning, unstable.

Constantly eluding the viewer’s expectations and attention, Isabelle Cornaro offers an account that deliberately proceeds with image associations. Its essentially formal coherence owes to the repetition of motifs, objects and characters that suggest impressions and sensations. From that perspective, Isabelle Cornaro’s films employ the type of random editing specific to American structural film. She adopts the techniques of still frames, blinking effects and looping used by this experimental movement that puts the emphasis on form. With her montages that give the impression of sliding from one shot into another with seemingly no other reason than letting the most intimate thoughts drift freely, she constructs her films like dreams.

The viewer jumps constantly and without any transition from disgust to wonder, from erotic arousal to amused surprise. This universe is also related to the surrealistic world of Luis Buñuel’s films. Inspired as well by the technique of collage—that Max Ernst developed so extraordinarily—Isabelle Cornaro uses existing or found footage and assembles it to create new images. One can see here an invitation to the irrational, the obscure, unconscious impulses, and fragmented or absent bodies. Like a common thread, from one film to the next and one projection to another, a man with no head—a man with no identity, a chimera, a man who is more a trace than a man—appears and disappears. The ending point of this trajectory is reached when the organic gives way to the plastic. Threats of violence become explicit: one can for example see hands covered in bodily fluids. Ultimately, all these films raise more questions than they provide answers. Her creations are like enigmas to be deciphered, mystery images.

This complex stratification is visually supported by a spatial arrangement that isn’t linear nor chronological. In this way, the presentation of the images translates these dispersed and unpredictable attempts made of bends, U-turns and/or resets. Isabelle Cornaro thus offers a critical vision of a certain representation of our world, our relation to the body and the object and of our (in)capacity to see. What is our relation to violence? To reality? To the visible? These implicit and recurring questions in Isabelle Cornaro’s work are manifest in these films that are akin to sampling. They bring out the dark side of images and explore what’s hidden behind them. They also incite a reflection on the overexposure of a world in which reigns the tyranny of the visible. Confronted to the chaos of our world, Isabelle Cornaro stresses the urgency to reconsider—with violence and restraint—the role and place of our look.