Fondation Marguerite et Aime Maeght: At the Heart of Abstraction 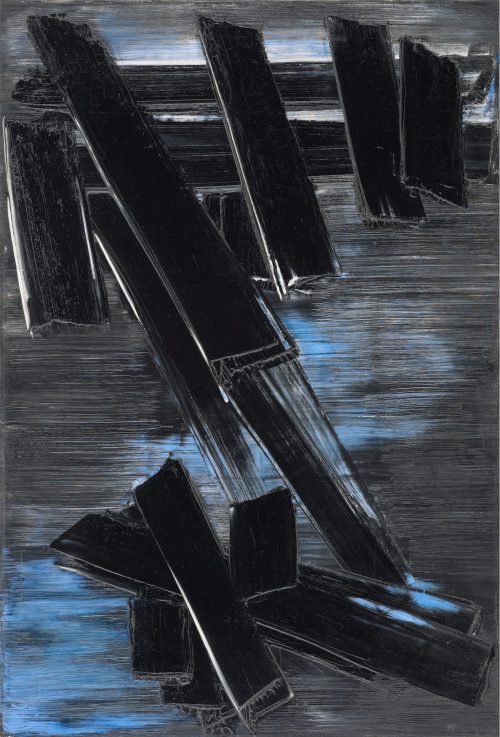 The exhibition at the Fondation Maeght will show works from the collection of the Fondation Gandur pour l’Art from the 2nd of July until the 20th of November 2022 and offers an immersion in the vibrant creation of the years 1945 to 1980.

Home to a collection of more than 13,000 works, Fondation Maeght is always keen and honoured to showcase other collections, some of which are rarely accessible to the public, as it has consistently done in the past. This summer, from 2 July to 20 November, it is unveiling some 120 works from the Fondation Gandur pour l’Art (Geneva) and offering a riveting immersion into abstraction from the 1950s to the 1980s.

In the wake of Second World War, as many European artists exiled in the United States headed back to France, Paris regained its status as a hotbed of creativity and a global cultural capital. Driven by a thirst for freedom and a craving to rethink painting in the post-war years, artists from all over the world returned to their studios, abandoned during the German occupation, and engaged in an era of creative effervescence, be it in the arts, literature or filmmaking. While the breakthroughs by the vanguards of the first half of the 20th century were an invaluable post-war stimulus, abstract art renewed itself from the most gestural expression to the interrogation of materials, mediums and techniques.

The Fondation Gandur pour l’Art’s outstanding collection displayed at Fondation Maeght reveals the variety of forms em- braced by abstraction during these creative years. Works by Hans Hartung, Martin Barré, Simon Hantaï or Pierre Soulag- es trace the evolution of non-figurative art over four decades. In a thematic and chronological layout, the exhibition invites the viewer to discover lyrical and gestural abstraction by Georges Mathieu, abstract expressionism by Sam Francis and Joan Mitchell, geometric abstraction by Victor Vasarely, kinetic works by Alexander Calder and Jean Tinguely, through to the rethinking of painting by the Supports/Surfaces group. The 1980s ushered in an era of revitalized abstract art, building on the hectic experimentation of earlier years.