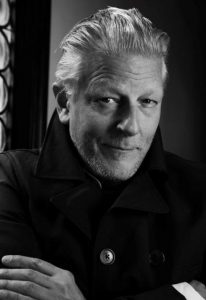 The exhibition will be devoted to his sculptures, mostly in marble, and drawings that deal with the mind, the body, our dreams and especially our imagination in conversation with scientific discoveries, the mind and the brain which become a source, a land, a character whose adventures we experience in this exhibition through the works created especially for this event.

No introduction is necessary for Jan Fabre, a major heir to surrealism and Flemish Baroque as well as drama and contemporary dance, a visual artist creating sculptures and installations, a great designer and also performer and author. Jan Fabre has designed a “customized” exhibition for the Maeght Foundation. He wished to have an exhibition that was spiritual in every sense of the word, at once dreamlike and serious but with the irony of games and a humor in the style of James Ensor. He brings his artistic discoveries into dialogue with those of science and art history.hibition

Jan Fabre is both a “warrior and servant of beauty.” His work will respond to the beauty of the Foundation, which he considers a major establishment of creation, through his scenography, the beauty of his sculptures where the marble, the whiteness, the opalescence and transparencies will respond to the free associations of his drawings and collages. A dance of thought and body with the elements, other kingdoms and the most surprising fictions will unfold at the foundation.

Jan Fabre was born in 1958 in Antwerp, Belgium, where he lives and works. A man of theatre and internationally recognized choreographer, For forty years, Jan Fabre has developed an artistic work using various materials: pencil, pen ink, blood, tears, beetle elytra, bones, taxidermied animals, Murano glass, bronze and marble. A great designer, Jan Fabre makes sculptures and installations that explore the question of metamorphosis, the dialogue between art and science, the relationship between humans and nature as well as the question of the artist as a “warrior and servant” of beauty.

Current exhibitions include My Queens (20.04-19.08.2018) at the Royal Museums of Fine Arts of Belgium and Jan Fabre. Stigmata. Actions and Performances 1976-2017 at the CAAC of Seville (23.03-02.09.2018). During the event, Palermo Cultural Capital of Italy, MondoMostre will organize the exhibition Jan Fabre. Ecstasy & Oracles in different places in Sicily (June-October 2018).