Fondation Louis Vuitton: ‘Being Modern: the MOMA in Paris’ 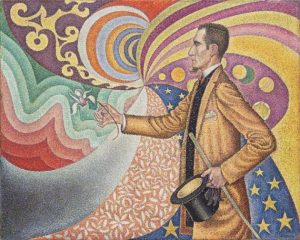 The exhibition, organized in partnership with the Museum of Modern Art (MoMA) in New York, shows an array of artworks from MoMA’s six departments since its foundation in 1929, providing a window to the museum’s collection for the viewers in Paris. Included in the show will be approximately 200 works that encompass a range of paintings, sculptures, drawings, prints, photographs, films, digital works, performances, architectural and design objects, highlighting the diversity of the museum’s robust collection, that range from the first great movements of Modern art to its most recent digital works, featuring genres of American abstraction, minimalism and pop art. Representing masterpieces by Paul Cézanne, Gustav Klimt, Paul Signac, Ernst Ludwig Kirchner, Pablo Picasso, Henri Matisse and many others, the selection will alternate the most famous works in the history of Modern art with its lesser-known but equally significant counterparts.

Conceived in relation with the architecture of the foundation by Frank Gehry, the show will be spread across the entire building encompassing its four floors. In the theaters of this space, rarely exhibited archival materials from MoMA will be on display, retracing the history of the institution while allowing to contextualize the works from its holdings.