Stichting Herman Krikhaar: Tilman “INSTANCES/ in the light of…..” 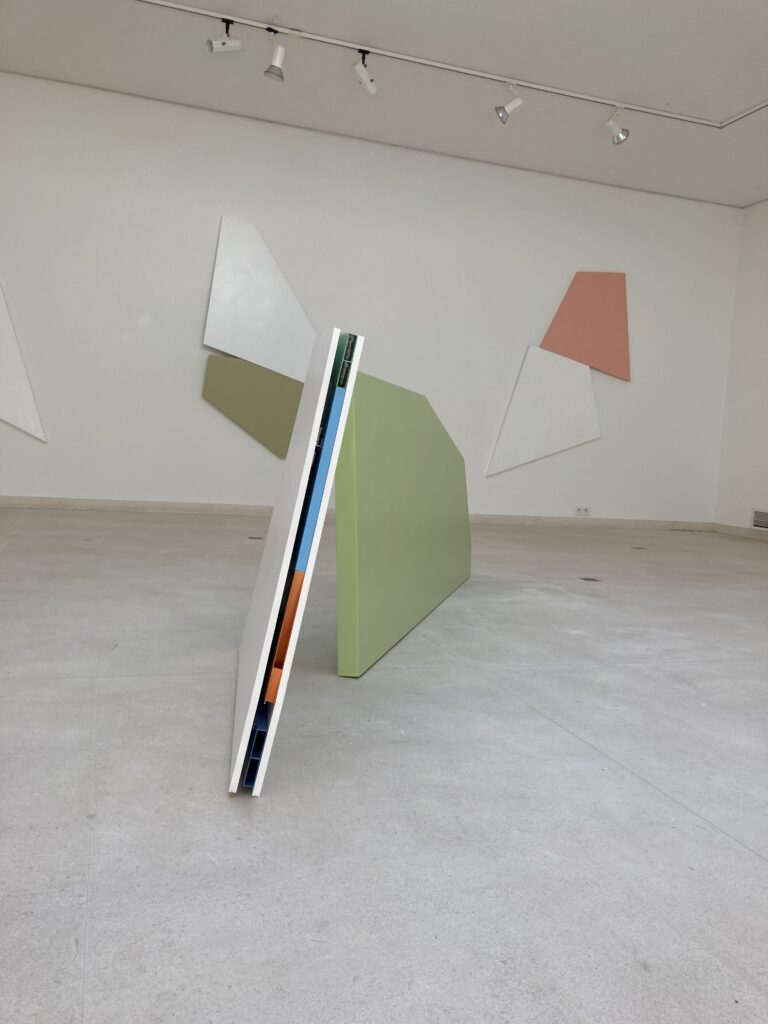 The Herman Krikhaar Foundation is pleased to announce the presentation of works by German-born artist TILMAN.

The artist conceived 2 new series of works for this presentation: STREAMERS and MOVEMENTS 1-10.

Tilman`s work, which can be associated with the term `Reduktive Art`, focuses on the perception of light (light paints the world), perception per se as well as spatiality. His oeuvre can be understood as an investigation of creative attributes and an exploration of light and space.

To submerge into his work, one should leave behind any formal aspects and approach these objects open-minded.

These `painted objects` – rather than actual paintings – can be seen as an exploration of architectural space and spatiality. The objects at hand invite to be read as visual instruments … as tools to offer an experiential understanding beyond the perimeters of mere cognitive perception.

In this visual play, the material WHITE, becomes an important factor. As the artist states: “colors and so-called non-colors are mere shades of light attached to our ability to process spectral vision […] for me they present materials – rather than mere color hues -, without hierarchy and connotations. Besides these attributes, the` material` white signifies for me the idea of space or spatiality, the ether, the void… the void which wants to be filled by the spectator. The painted white space, forms a refuge for reflection and interconnection – the ` interspace`, allowing the viewer to interact and participate in the movement of time/light… and to find his place within the given dialogue and beyond.”

The series Streamers introduces a play on floating forms. Loosely based on a rectangular shape, these forms challenge the boundaries of perception based on our traditional visual settings (rectangular, vertical or horizontal, square etc.), evoking movement, timelessness, flow and infinity.

Movements 1-10 can be seen as an exploration of architectural space, a play on constructed possibilities.  The objects allure to view and understand the act of seeing as an experiential experience – to view the finely calibrated movements and refined spatiality between the multi-layered planes in unison with elements of subtle hues as a `body in motion `and to interact in the process of perception with one`s own physique – in short to look awry.