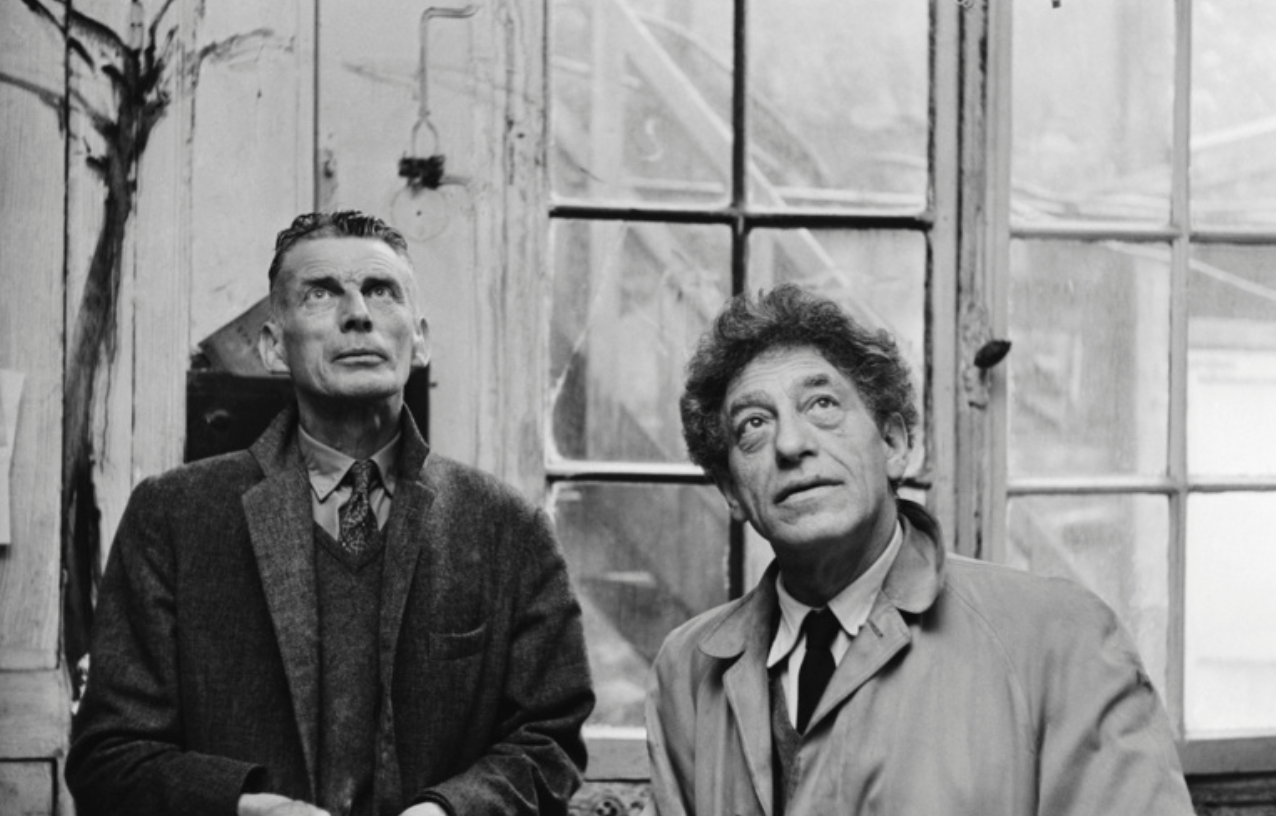 Among the literary friendships of Alberto Giacometti (1901-1966), the one between him and Samuel Beckett (1906-1989) is not the best known, but it is one of the most lasting.
It goes back to 1937 and develops in the post-war period. The two artists liked to meet in the endless evenings in the cafés of Montparnasse, then to stroll around Paris at night. Their deep kinship brought their works closer together, and this was expressed in an exceptional collaboration: Giacometti’s production of a set for a staging of En attendant Godot in 1961.

For the first time, the Insitut Giacometti will present the links that brought the artist and the writer together. The exhibition will address their long friendship, their collaborations, and the affinity between their works that crossed the trajectory of Existentialism. Alongside Giacometti’s outstanding sculptures, such as The Cage (1950), Three Walking Men (1947), The Tree for Godot (1960), and often unpublished drawings, many of Beckett’s texts, plays, stagings, and films will be on display. The connection made between Giacometti’s sculptures and drawings and Beckett’s texts, sound and film plays will allow us to address the major themes that bring them together: the importance of the creative process experienced between repetition and disappointment (the famous “better miss” of Cap au pire), their interest in a body that is both medium and constrained, the importance of scenography, the dislocation of body and speech, solitude, and a sense of the absurd.