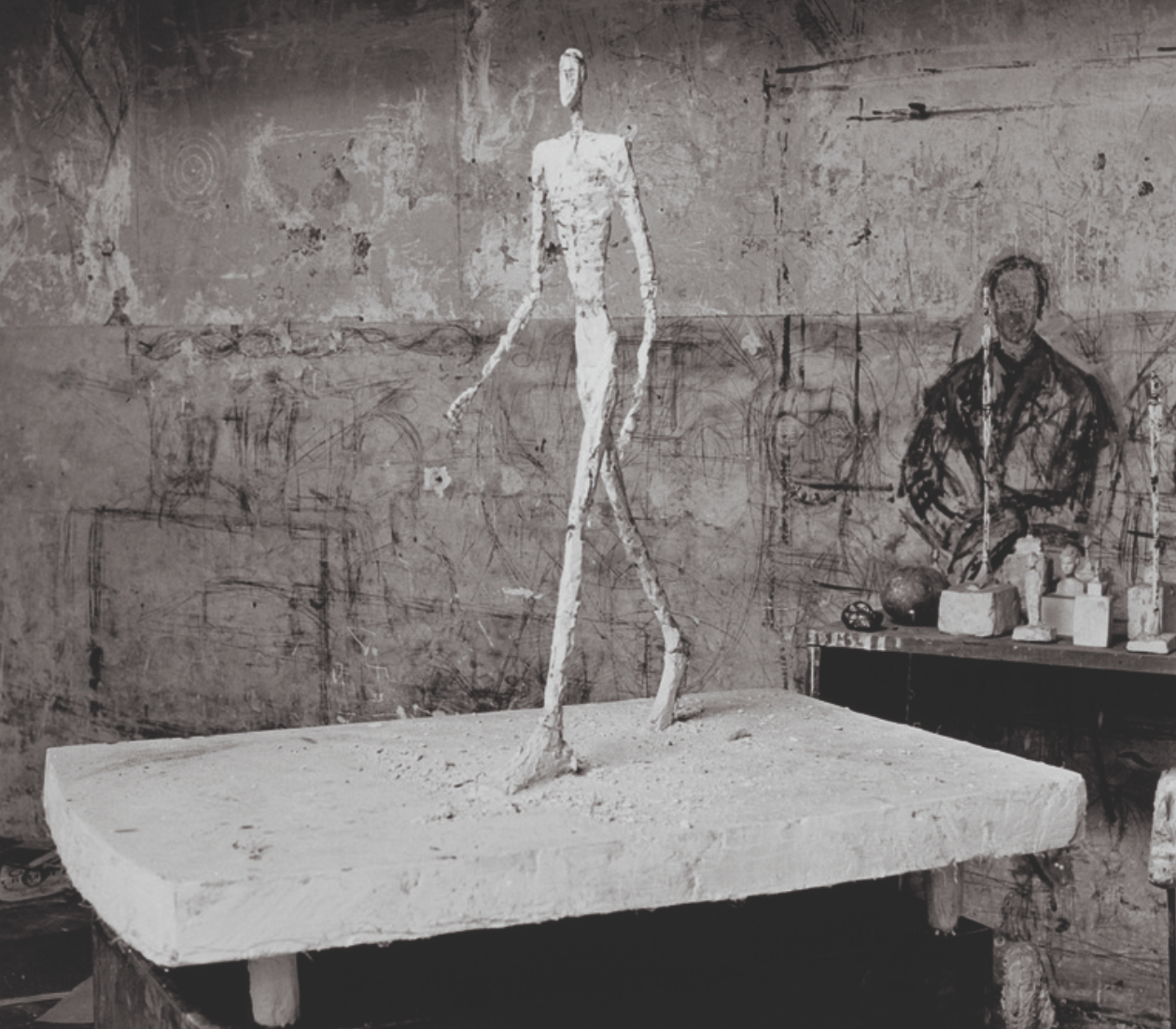 For the first (and probably the last) time, all the Walking Men are gathered together in the same exhibition at the Giacometti Institute in Paris.

Giacometti’s most famous work, The Walking Man, more than a masterpiece, is an icon of 20th century art. With this emblematic motif, Giacometti succeeded in concentrating the evocative power of his work and embodying the most powerful aspiration of his time: to humanize the world, history and art.

For the first time, the various life-size models of The Walking Man created by the artist will be brought together, as well as most of the variations sculpted and drawn on this theme. Exceptionally, the first life-size walking man of 1947 and The Walking Man I, on permanent display at UNESCO, will be presented.

This major exhibition traces the genealogy of the motif, from the Woman Walking from the Surrealist period to the icons created in 1959-60. Accompanied by numerous unpublished documents and drawings, the exhibition tells the story of the artist’s most famous work.

Among the works in the exhibition

From the first model in 1932 to the famous figures produced at the end of his career in the 1960s, this motif testifies to the artist’s tireless quest to represent the essence of the human being. This embodiment of humanity, which is particularly precious in the present day, places this work among the best known in the world.

The Walking Man was, in his first state, a Woman Walking (1932). The motif indeed appears in a surrealist work, an intriguing Egyptian-inspired figure.
It reappeared after the war, on the occasion of commemorative commissions for which Giacometti explored the modes of representation of a universal human figure (1946). The first Walking Man in large Size (1947), again borrows its attitude from the Egyptian model, whose style Giacometti admires.
On the contrary, the following works draw their inspiration from everyday life. The artist restores the perception of a street situation captured by chance from the terrace of a café.
The very poetic Figurine entre deux maisons (1950), which features a female figure, is reminiscent of the dreamlike atmosphere of the surrealist works.
Three Men Walking (1948), The Square (1948) or Man Crossing a Square (1949), thus translate the fleeting vision of life offered by the movement of people moving in the distance.
The artist did not take up the motif again until 1959, when he received a new commission for the public space. It was under these circumstances that he created the sculptures that are now considered icons of 20th century art. In all, he will have created four life-size Walking Man, three of which are cast in bronze.