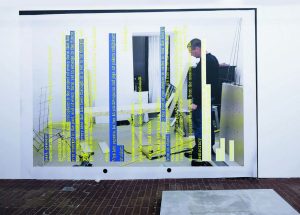 Evita Vasiljeva, To Desire Without an Object, 2016

The exhibitionis  departing from the manifesto Active Art, written by Latvian collector, writer and doctor Andrejs Kurcijs in 1923. In the text Kurcijs identifies the importance of art and the artist in society but also defends the necessity of art to be activated within its own logic, to be independent. The manifesto is also the framework for a book that will be released after the exhibition with the publishing house Paraguay Press.

This is not a project that provides a singular position except the singularity of its starting point—the manifesto. The text is complex and can’t be framed in a simple proposition; the interpretations are as many as there are participants. As the Latvian contemporary philosopher Ainārs Kamoliņš puts it: “One of the paradoxes when we are speaking about Active Art is that we can’t define it because then it’s already passive. In this sense it’s good to think about active failure. One should do just enough as not to govern the discourse but still enough to have an impact. To use this force within the art field but not making rules.”

This conversation about active art comes in a time when art as such seems to become less of a threat to the conventions in our society. Does the artist still have a critical position? This could be a provocative question to ask, not only towards the artist but also towards our use of art, the institutions supporting it, the market investing in it and its politics.

Today art practitioners in France, Latvia and elsewhere try to reconnect with a political dimension without losing an artistic autonomy. The relevance of Kurcijs’ Active Art is thus renewed in this context.

Performance program
La nouvelle organisation is a piece written by Signe Frederiksen and staged in collaboration with Matthieu Brion, Thelma Cappello, Shawn Jeffers, Nicole Mersey, Rafael Moreno and Xiao Wang. Considering the space and function of the art foundation, the piece is a mixture of autobiography and fiction in the form of a dialogue for three voices. The piece reflects on the role and the status of the young artist. Every Thursday at 6pm at Fondation d’entreprise Ricard (free admission).

Publication
Based on the manifest Active Art, that will be published for the first time in English, this compilation of texts published by Paraguay Press will be launched early 2019. Writers: James Baldwin, Eva Barto, Laura Boullic, Robert Glück, Ainārs Kamoliņš, Andrejs Kurcijs, Bella Marrin and Rebeka Põldsam.