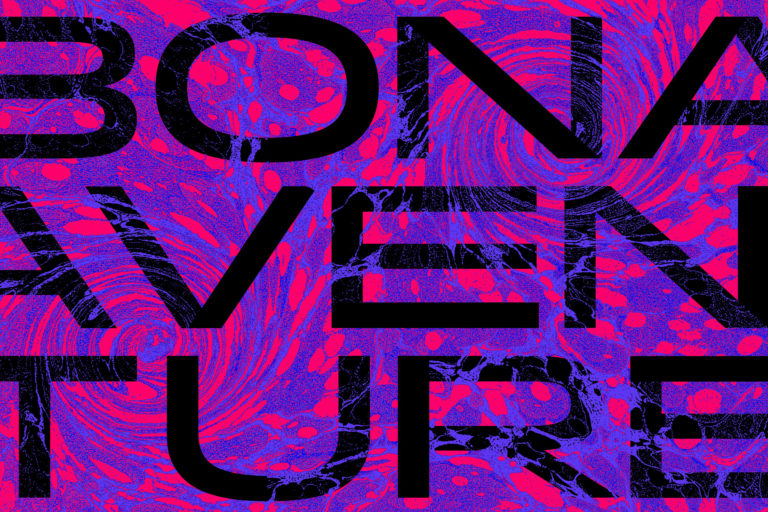 In a weakened world like our own, what can an artist do but make beings and worlds, question reality, repair or short-circuit history, heal and repopulate the imagination, make up new stories or pull the threads of possibilities buried in reality?

This exhibition presents work by a generation of artists with multifarious practices, preoccupied by tumultuous questions of society, identity and the planet, evolving in a murky era with an uncertain future, its haziness and unpredictability exacerbated by the current crisis.

Today’s pervasive uncertainty—which is compromising the ardour of powers and undermining control and planning strategies, fruits of the commodification of society—reflects a new global climate, one that is chaotic, vacillating, a vehicle of new “no guarantee” scenarios.[1]

In addition to their specific approaches, the artists taking part in this project seem to share an intuitive desire to draw freely from reality’s muddle of sources while questioning belief and systems’ transmission, in order to generate, in the spirit of an act of resistance, an experience of unpredictability, an alternative and poetic imagination, as well as new, unusual forms and stories.

Like fortune tellers who know the strategies of riddle makers—consisting just as much in formulating questions as in finding answers—they invite us to project ourselves into other worlds that are marginal, inclusive and multilingual, transgressing normality, dominant forms and the course of history, maybe even building antidote ecologies and a possible future.

Questioning the illusory desire to master the future, Bonaventure is not based on esoteric thought per se, but it borrows its subversive format from the play of hypotheses, and stems more from an undisciplined, poetic, experimental investigation into expressing the world differently.

The cheerful title Bonaventure dissimulates the ambiguity of a double meaning, while the positive tone given to that marginalised divinatory practice called “fortune telling” (“dire la bonne aventure”)—predicting a person’s fate whether good or bad—cannot hide the opacity of doubt and the uncertainty of an unsettling future, even amid promises and expectations of a better life.

Instead of an exercise on the magicians’, witches’ and healers’ art of predicting the words and evils of the present, in this case it is more a matter of resonance between the creative practices and thoughts of a generation of artists caught between the idea of ​​struggle and healing, that knows how to both update and anticipate complex cultural and geographical collisions.

In the face of various ravages (ecological, social and mental)[2] committed in the name of the concept of “progress” imposed by patriarchal and capitalist societies, other forms of knowledge and belief from popular or minorized cultures—giving themselves the right to make up another life—seem to have re-emerged and rediscovered their restorative function.

“What is opposed to fiction is not the real; it is not the truth which is always that of the masters or colonizers; it is the story-telling function of the poor, in so far as it gives the false the power which makes it into a memory, a legend, a monster.”[3]

The title of this project refers to clairvoyance, invention and alterity no less than to the craftiness of “illusion peddlers”[4] (as the church authorities called the nomadic tzigane women of the 15th century—who read people’s future in the lines of their hand in exchange for a few coins—probably fearing they might overly liberate the dominant powers), to the counterfeiting of knowledge, and to the establishment of new dissident narratives.

These artists come together on the verge a darkly humorous enchantment and on the threshold of certain “speculative fabulations”[5]. Like gatherers on the margins of the world, they cultivate methods and stories “full of beginnings without ends, of initiations, of losses, of transformations and translations, and far more tricks than conflicts, far fewer triumphs than snares and delusions; full of spaceships that get stuck, missions that fail, and people who don’t understand.”

They question and divert forms of story construction and information circulation while destabilising the notions of finality, value and authenticity in the manner of hybrid narrative structures, summoning orality, hidden stories of colonisation, mythological or folkloric fictions, sci-fi stories or queer futurity [7], as well as urban legends or the marginalised practices of seers of every kind.

Far from the ineluctability of destiny, this Bonaventure cannot resign itself to an irrevocable fatalism. Unlike a linear, univocal story, it is rooted in the speculative mechanisms of its foundation and is not afraid of collision between the real and fictional worlds.

It peddles an arborescence of stories and vague hypotheses, of legends and episodes that have either been forgotten or have not yet happened according a reinterpretation of the past, of rearranged realities, but also of sibylline, quirky customs, like so many possibilities of decolonising the imagination, undoing history in order to better transform the present and begin thinking about the future in a new way.

Finally, Bonaventure leads us into a liminal episode of metamorphosis, sharing and mediating with the unknown, a moment of intimate exchange with others, in opacity, doubt, and the coincidence of possibilities.

[2] The correlation between mental ecology, social ecology and environmental ecology was developed by Félix Guattari in his book The Three Ecologies, first published in 1989.

[6] Ursula K. Le Guin, The Carrier Bag Theory of Fiction, 1986. In this essay, based on the observation that civilisation is inspired by heroic and tragic stories in which violence and fights with spears and swords prevail, the author explores other narrative possibilities based on the “carrier bag theory” formulated by Elisabeth Fisher, modelled on the receptacle, and on un-hierarchical, anti-heroic and inclusive contents.

[7] José Esteban Muñoz’s Cruising Utopia: The Then and There of Queer Futurity, NYU Press, 2009