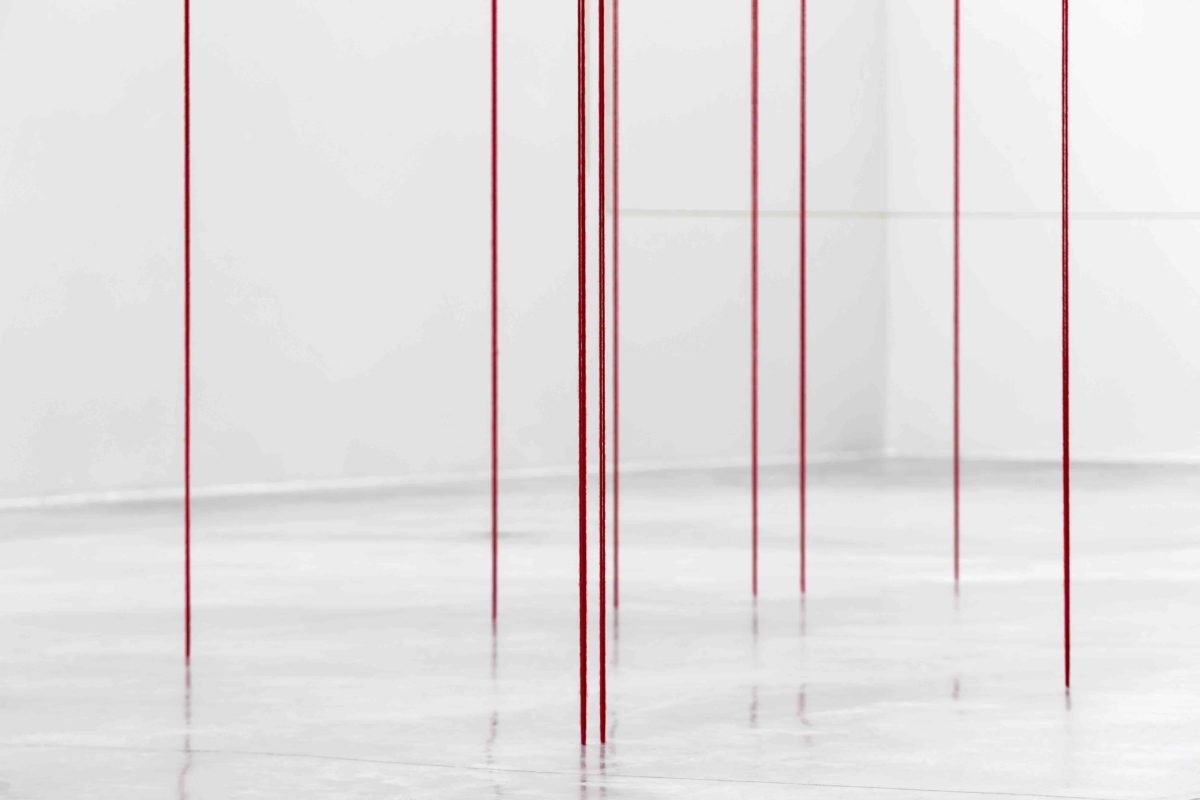 Fondation CAB is honored to present Fred Sandback, a solo exhibition featuring sculptures and reliefs by the renowned American artist (1943–2003). The exhibition will include artworks shown in historic exhibitions and other sculptures never previously exhibited. It traces the different periods of the artist’s oeuvre, featuring linear sculptures in acrylic yarn, elastic cord, and steel rod.

Fred Sandback spent most of his life in his native New York. Aged only twenty-six, he had his first solo exhibition at Konrad Fischer’s gallery, Düsseldorf, in 1968 and his first solo museum exhibition at Museum Haus Lange, Krefeld, in 1969—both while completing his MA at Yale School of Art and Architecture, New Haven. There, the artist presented his Minimal sculptures whose manifestation of clarity, in both form and intent, presciently examined the relationships between art, architecture, and viewer by addressing volume, mass, weight, and materials.

The artist conceived a relationship to spaces seemingly both dematerialized and entirely concrete, highlighting planes and volumes achieved with a great economy of means. Sandback invested the void while connecting the floor, ceiling, and walls, inscribing all these elements in his space. In all his work, Sandback combined the exactitude of the physical sciences with the delicacy of corporeal affect.

Sandback studied philosophy at Yale University for his undergraduate degree and met Donald Judd there. While familiar with the formal program of his Minimal peers, Sandback uniquely incorporated his philosophical knowledge to produce a body of work that also includes the viewer as a determining element in the work. Sandback wrote of this, “The idea was to have the work right there along with everything else in the world, not up on a spatial pedestal. The term also involved the idea of utility—that a sculpture was there to be engaged actively, and it had utopian glimmerings of art and life happily cohabiting.”

The exhibition is accompanied by a catalogue containing a text by art and architecture historian Louis De Mey, Universiteit Gent, and full color documentation of the exhibition at Fondation CAB and additional artwork presented at Le Flagey.

This exhibition and its publication have been realized by Foundation CAB in cooperation with the Fred Sandback Estate and Archive.