Fondation Beyeler: “The Lion is Hungry” 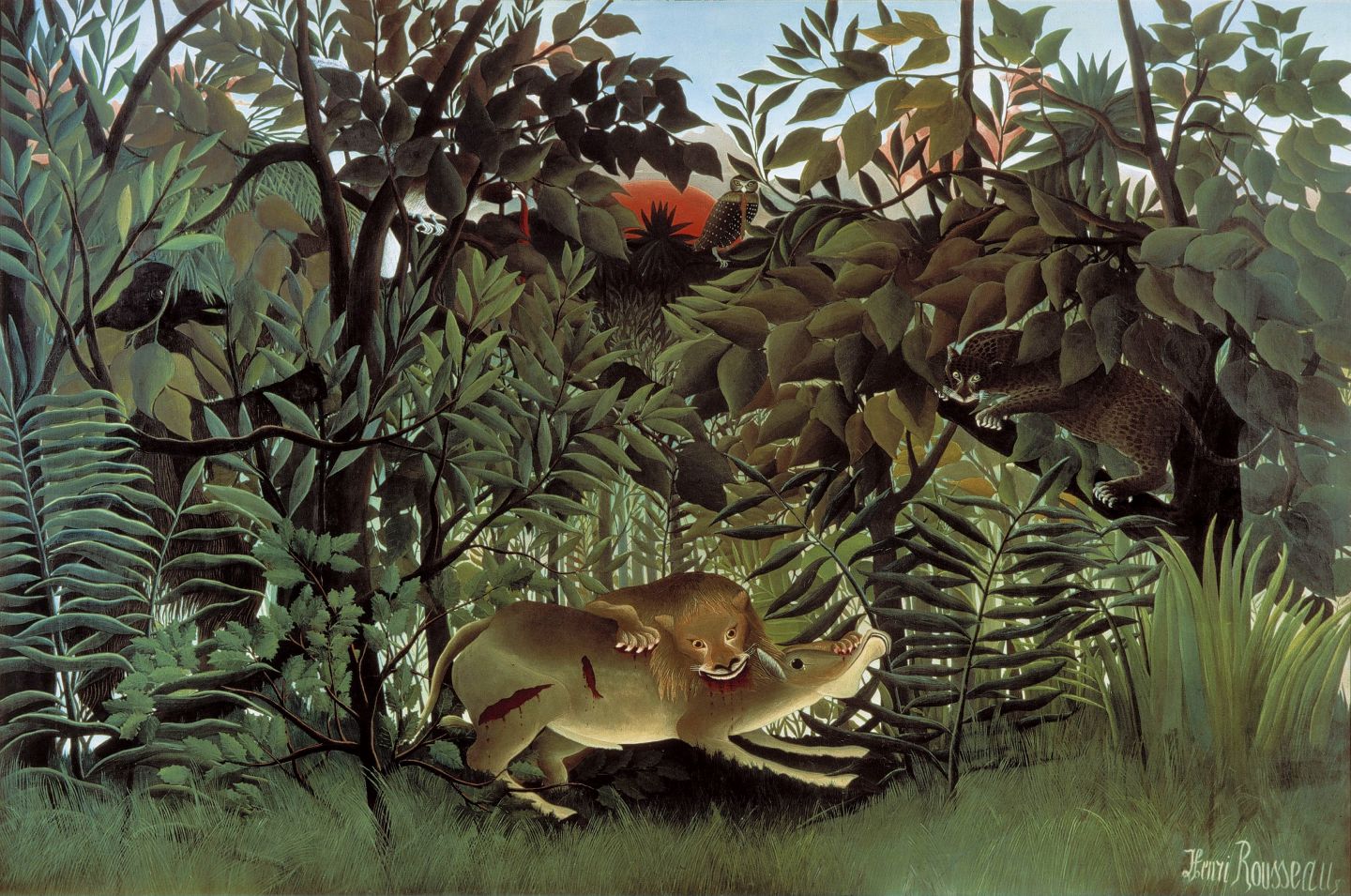 Just like the hungry lion throws itself onto the Antilope in Henri Rousseau’s painting, at the Fondation Beyeler we also feel a powerful hunger. We are hungry for art! Especially in tumultuous times like these, it is nice to remember how exciting and fascinating art is. The new collection presentation shows a selection of legendary paintings and sculptures in eight rooms- all of them masterpieces of classical modernism or contemporary art. Melancholy is usually at the beginning of creativity, and the magnificent works that are now once again on show at the Fondation Beyeler bear witness to this.

The equally iconic and fragile silhouettes by Henri Matisse are finally on display again, including Nu bleu I, whose elegance and spatial presence never cease to amaze. The group of figures that Alberto Giacometti originally conceived for the Chase Manhattan Plaza in New York in the late 1950s will also be on display. The “Homme qui marche”, which was depicted on the 100 franc note for a long time, is part of this ensemble. In addition, a separate room is dedicated to Louise Bourgeois, who was well acquainted with Giacometti and who expanded the concept of sculpture by making the unconscious, if not visible, at least tangible.

Other highlights include the meeting of Wassily Kandinsky and Paul Klee, whose extraordinary friendship is being honoured in this manner for the first time at the Fondation Beyeler. Three very touching paintings that Vincent van Gogh painted shortly before his death will be exhibited together and enter into a dialogue with works by Paul Cézanne and Edward Hopper. Abstract Expressionism will be the focus of a further room, which will present works by Willem de Kooning, Clyfford Still and Sam Francis as well as a large-format painting by Joan Mitchell.

For the first time we will be showing one of the most recent acquisitions of the Fondation Beyeler collection: the moving sound installation “Seven Tears” by Susan Philipsz, which refers to the composition of the same name by Shakespeare’s contemporary John Dowland and deals with the states of mind – accompanied by tears – between great joy and deep sorrow. Too melancholic? Not at all! Melancholy is usually at the beginning of creativity, and the magnificent works that are now once again on show at the Fondation Beyeler bear witness to this.