Faurschou Foundation: Christian Lemmerz “The Last of Us” 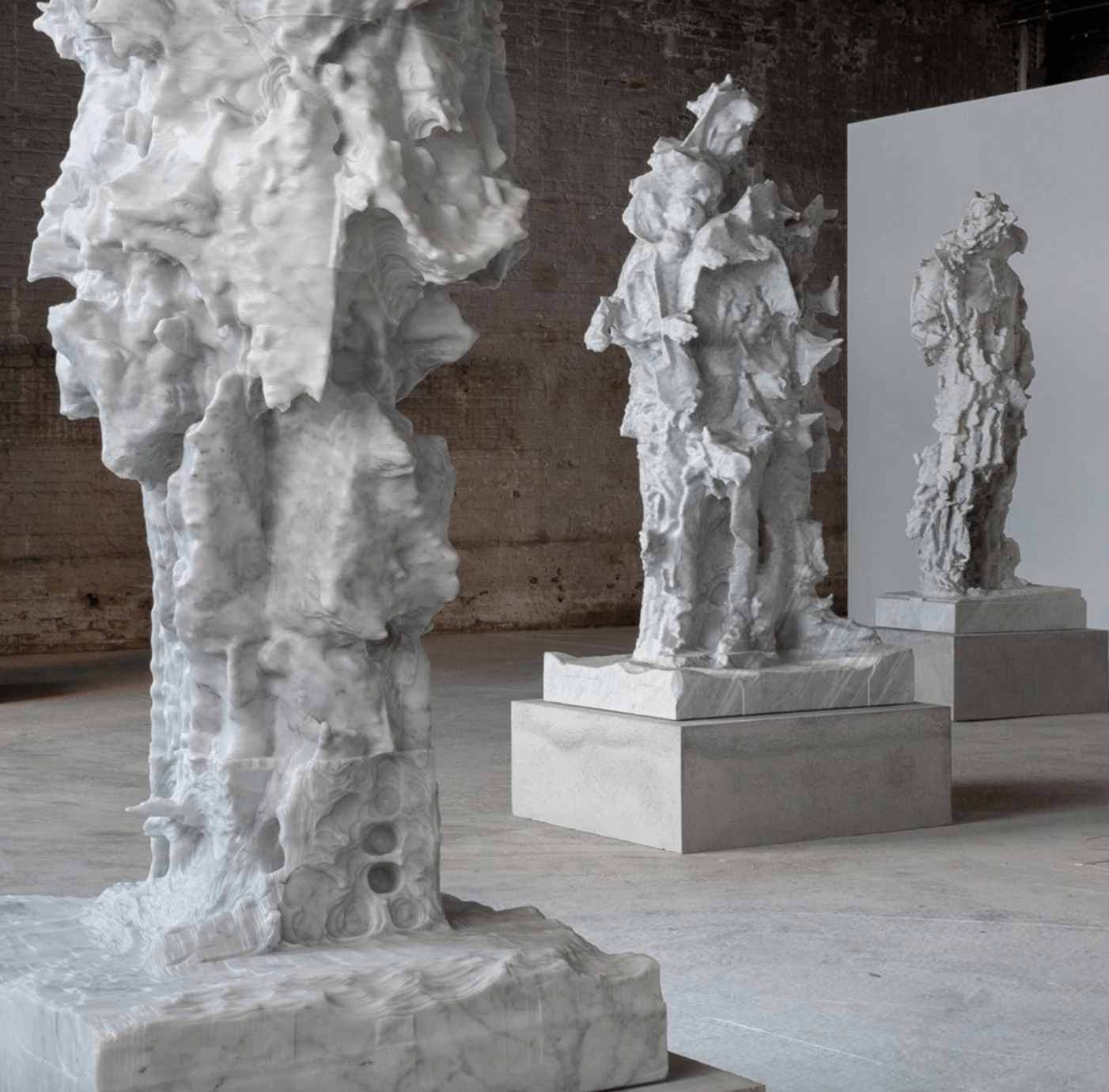 Faurschou Foundation reveals a new solo exhibition by Christian Lemmerz at Faurschou New York. In The Last of Us, Lemmerz unfolds a new method of working with marble sculpture combining 3D scanning, algorithms, and machining, with a human touch that challenges and distorts the process. The exhibition comprises one bust and five full-body ghostly variations of the human figure, which blend traditions of marble sculpture-making with the digital era.

Lemmerz is known for his characteristic marble sculptures and for mastering the technique of marble carving. Yet, in his latest exhibition, he pushes the boundaries of his craft: In his latest body of work, Lemmerz explores the potential of modern technologies by 3D scanning human models in movement, using a computer to manipulate the results, and finally having a machine drill the sculptures directly out of marble slabs.

“The sculptures are new archetypes for our digital era. Intentionally, I excluded my own hands in the sculpting process, allowing the computer to manifest itself in the carving of the works. I wanted to redefine the potential of the ancient material of marble, which carries such a long tradition throughout history. Marble is no longer a pure and timeless material. It has been contaminated with and through art history, kitsch, and myth,” Christian Lemmerz explains.

Christian Lemmerz was born in 1959 in Karlsruhe. Today, he lives and works in Copenhagen, Denmark, and Pietrasanta, Italy. Lemmerz trained at the Academy of Fine Arts Carrara in Italy and the Royal Danish Academy of Fine Arts in Copenhagen. His practice revolves around existential themes and questions and ranges from drawings and sculpture to installations, video art, virtual reality, theater, and performance art.

The ancient medium of marble plays an important role in Lemmerz’s oeuvre. In his sculptures, Lemmerz transforms this stone, closely associated with classical beauty, into terrible motives, confronting the viewer with death, mutilation, catastrophes, and war — topics that most people prefer to leave unexamined and repressed.

Lemmerz has exhibited frequently in Denmark and internationally, and his works are widely represented in Danish museum collections. In 2010 he was awarded a lifetime grant from the Danish Arts Foundation. He was also granted the Eckersberg Medal (1998), the Thorvaldsen Medal (2009), and the New Carlsberg Foundation’s artist’s grant (2015).

Faurschou Foundation was established in 2011 to champion artists and foster cross-cultural dialogue and exchange internationally, in particular between the East and the West. The Foundation has two primary areas of activity: acquiring significant works of contemporary art for its private collection and organizing museum-quality exhibitions across the globe, which offer visitors unique experiences and opportunities.

Faurschou Foundation is headquartered in Copenhagen and has extended its permanent exhibition spaces to Beijing (est. 2011) and New York (Greenpoint, Brooklyn, est. 2019), as well as arranged biannual temporary exhibitions in Venice since 2015. The Foundation’s international exhibition program consists of both thematic group shows and solo exhibitions and revolves considerably around the Foundation’s sizeable and growing art collection, but also includes special commissions produced in collaboration with artists, galleries, and other institutions.