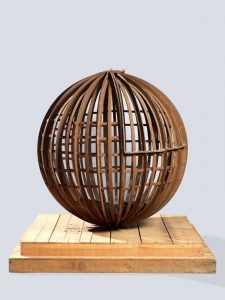 Arte Povera emerged in Italy in the tumultuous late 1960s, a time of profound social and economic change, and radical artistic experimentation. The term literally means ‘poor art’, and was applied by critic and curator Germano Celant to a loose association of Italian artists, mostly working in Turin and Rome. At once literal, conceptual, metaphorical, matter-of-fact and sensual, Arte Povera swept away traditional restraints to challenge established views of what art could be, and the nature of its relationship with commerce. With its startling openness to a wide range of processes and materials Arte Povera became, in international terms, the most influential development in Italian art in the late twentieth century.

Fifty years after the first Arte Povera show, this exhibition looks at how it has informed the work of several British artists who graduated from art schools in the 1970s and 1980s. It traces their different affinities with a way of working that went beyond modernism in terms of its interest in the personal and subjective, its rejection of a coherent style and its promotion of artistic freedom.