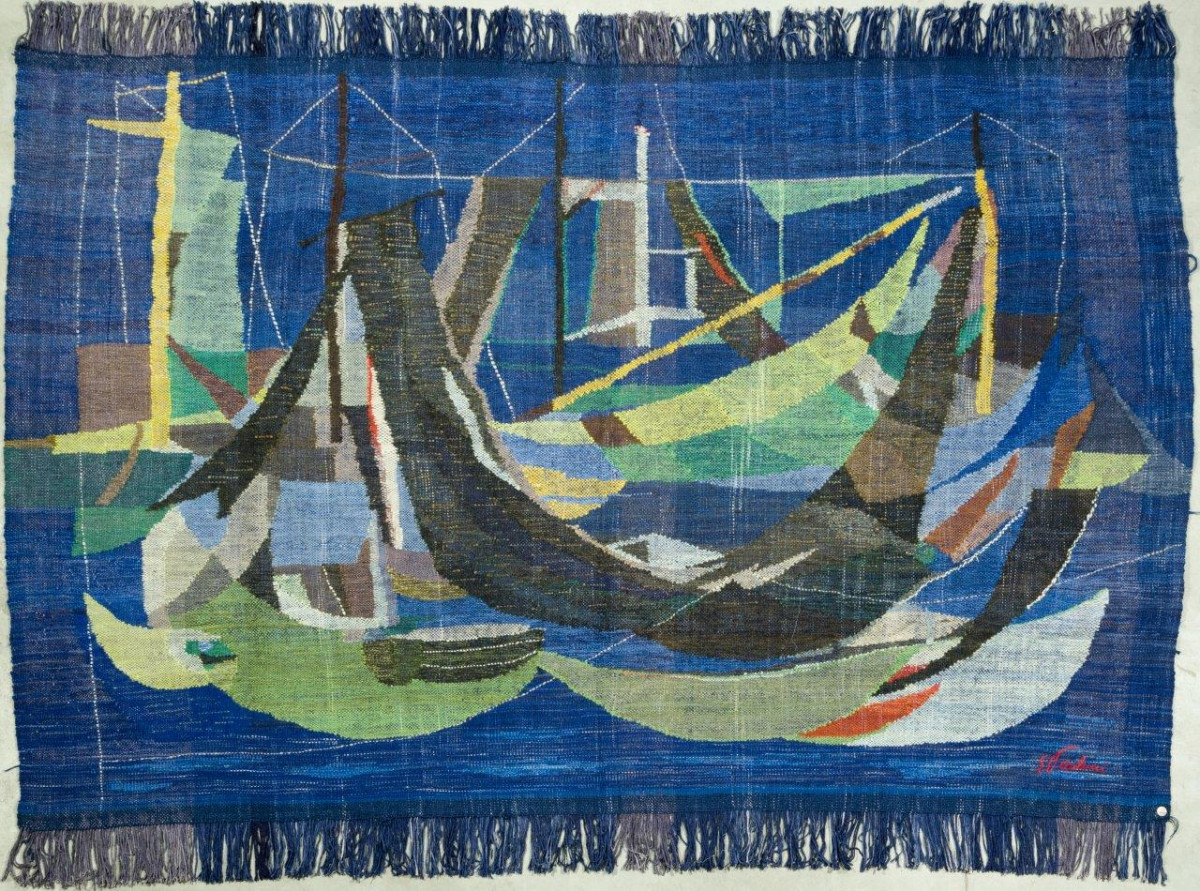 Founded in Genoa in 1926, MITA (Manifattura Italiana Tappeti Artistici) was a celebrated Italian textile firm that earned its reputation by collaborating with some of Italy’s most talented artists and designers. Among these were Gio Ponti, Fortunato Depero, Arturo Martini, Emanuele Luzzati, Arnaldo Pomodoro, Giò Pomodoro and Ettore Sottsass Jr. Organized in collaboration with the Wolfsoniana, Genoa, Italian Threads showcases 50 years of bold commissions produced for world art fairs, private homes, clubs and ocean liners, encompassing the avant-garde movements of the day from Futurism to Abstract Expressionism.

Reflecting the expert craftsmanship and full diversity of MITA’s production, the exhibition features original works, designs and photographs illustrating the firm’s remarkable output. It includes rugs, carpets, tapestries, limited-edition art panels, printed fabrics, scarves and major commissions that carried the banner of modernism from the 1920s to the 1970s. The show traces an evolution of taste; MITA’s textiles travelled around the world, were shown in influential art exhibitions and defined the interior design of major Italian ocean liners (which Gio Ponti considered “floating art galleries”), as well as bringing the avant-garde into everyday life.

Founded by Mario Alberto Ponis, MITA was formed “with the aim of using new mechanical inventions in the manufacture of classic hand-knotted carpets”, merging new technologies with craft traditions for a characteristically Italian approach to industry. MITA began collaborating with creative thinkers at the forefront of modernism who produced rug patterns and designs that captured the aesthetic spirit of Futurism, Rationalism and the Novecento movement. Many of these partnerships lasted for years and were represented in submissions to world’s fairs and the Triennales of Decorative and Modern Industrial Art in Milan.

After the Second World War, MITA greatly expanded its offerings beyond carpets and rugs to include tapestries, fabrics and other products. Collaborating with the most inventive and experimental artists of the period – many of them associated with the magazine Domus –Ponis extended MITA’s visual vocabulary to include geometric abstraction and graphic illustration, vividly realized in limited-edition art panels printed on hemp or linen and signed by the artists. MITA also began tackling ambitious projects for private homes, bars, clubs and restaurants, and its influence was cemented with the firm’s participation in Italy at Work: Her Renaissance in Design Today, a trendsetting exhibition that toured the U.S. in the early 1950s.

MITA’s 50-year reign culminated in large post-war commissions for Italian ocean liners and shipping companies, with vibrant tapestries, curtains and furnishings that adorned lavish spaces on the vessels – most notably the first-class reading room of the ill-fated Andrea Doria.