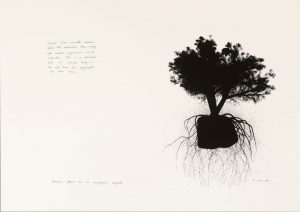 This new exhibition is produced in the framework of the foundations “Hors-les-murs” program. This showcases previously unseen works from the Collection at the Espaces Louis Vuitton in Tokyo, Munich, Venice and Beijing.

Born in 1969 in Kortrijk, Belgium, David Claerbout was originally schooled as a painter and draughtsman at the Nationaal Hoger Instituut voor Schone Kunsten in Antwerp. Since then, he has moved into creating works that are a unique mixture of photography, film and painting. He became more and more interested in time through investigations in the nature of photography and film. Fusing together the past, present and future into stunning moments of temporal elasticity, his works present profound and moving philosophical contemplations on our perception of time and reality, memory and experience, truth and fiction.

In the early 1990s, the cinema theorist Raymond Bellour coined the expression “entre-images” or “between-images,” using the term to approach these hybrid images between photography, film and video. The term today would apply perfectly to the work of Claerbout. In The Algiers’ Sections of a Happy Moment (2008), time is suspended, yet the fragmentation of space—the multiplication of viewpoints and framing—is purified by a temporal dilation. Here, the viewer is “omniscient,” one is able to see an action from all angles in that precise moment. Another major layer to Claerbout’s photographic video works is sound. Claerbout himself often refers to his work as “audio pieces embedded in video.” Travel (1996-2013) is a work that was inspired by, and ultimately born from the soundtrack—a synthesised therapeutic music score composed by French composer Eric Breton, designed to reduce stress and induce sleep.

The Espace Louis Vuitton München is pleased to present these two emblematic works, which form part of the Collection.