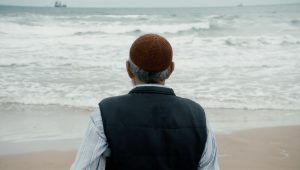 For its sixth exhibition as part of the Fondation Louis Vuitton’s “Hors-les-murs” programme, the Espace Louis Vuitton München is pleased to present two seminal series from French artist Sophie Calle’s oeuvre. This programme, showcasing previously unseen works from the Collection at the Espaces Louis Vuitton in Tokyo, Munich, Venice and Beijing, carries out the Fondation’s intent to realize international projects and make them accessible to a broader public.
Sophie Calle is one of today’s leading artists, incorporating writing, photography, philosophy and visual arts. A self-taught artist, she is critically acclaimed for her serial artworks in photography, video and text. Her 40-year practice sits on the border of fiction and autobiography with an undertone of playful humor and unapologetic voyeurism. Her practice is defined by the lives of strangers and her forensic obsession to construct a psyche and storyline for her anonymous protagonists. They lead her to quotidian activities (walking, sleeping, talking, travelling) in a hybrid of public and private spaces (hotel room in Venice, cemetery in New York, beach in Istanbul) to address the topoi of absence, longing and desire. Lacking in ambition to be explicitly psychological or therapeutic, Calle’s artistic mission is best described in her simple declaration: “Je raconte l’histoire”—“I tell stories”.
This exhibition presents eight video works (Voir la mer, 2011) and six photographic pieces (L’Hôtel, 1981-1983), bearing witness to Calle’s defining work, ranging from self-investigative encounters of the 1980s to the altruistic investigations of recent years. Through these two series, Calle invites the viewer as a witness to her creative sojourns, unwittingly converting one from an innocent bystander into a complicit voyeur and intimate collaborator. Demolishing the boundaries between performance and adventure, the anonymous and the intimate, the permitted and the forbidden, she offers a safe place to reflect on one’s habitual practices, material possessions and own purpose.
About the artist
Sophie Calle was born in Paris in 1953. After many years abroad, she now lives and works in Malakoff, France. Key exhibitions include a retrospective at the Centre Pompidou, Paris, France (2003), the French Pavilion at the 52nd Venice Biennale (2007) and solo shows at Hara Museum of Contemporary Art, Tokyo, Japan (2013), Louisiana Museum of Modern Art, Humlebæk, Denmark (2010), Castello di Rivoli, Turin, Italy (2014), Musée d’Art contemporain de Montréal, Canada (2015) and Musée de la Chasse et de la Nature, Paris, France (2017/18). Her works appear in the permanent collections of MoMA and Guggenheim in New York, USA, Musée d’Art moderne de la Ville de Paris and Centre Pompidou, France, Tate Modern in London, United Kingdom, and many more. She received the Hasselblad Prize for the body of her work in 2010.