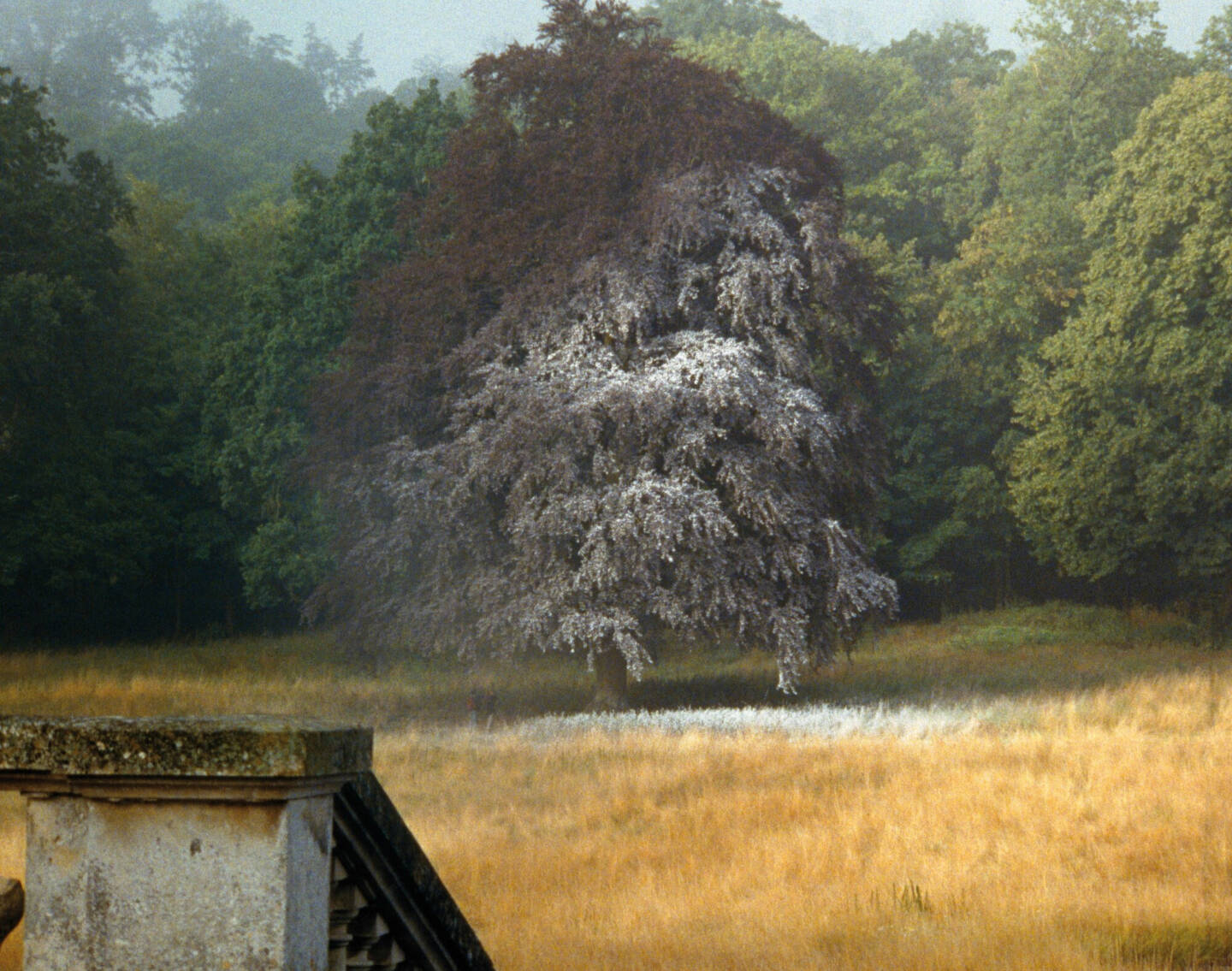 The Espace Louis Vuitton München is proud to present Wolkengarten, a new exhibition dedicated to French artist Cyprien Gaillard. The works belong to the collection and are presented within the framework of the Fondation Louis Vuitton “Hors-les-murs” programme.

Cyprien Gaillard was born in Paris, France in 1980. In the form of sculptures, videos, engravings, photographs and large-scale urban interventions, Gaillard’s expanding body of work, which is inspired by architecture and places that reveal the complex histories of the 20th-century utopias, manifests an omnipresent feeling of temporal collision. The artist is particularly fond of writer Vladimir Nabokov’s maxim: “The future is but the obsolete in reverse.” Through the documentation of publicly staged spectacles, such as light shows and demolitions, he showcases disconcerting situations in which mystery, menace, and repressed memory are explicitly asserted.

Gaillard also refers to a certain “Hubert Robert Smithson” as one of his references: the amalgamation of Hubert Robert, an 18th-century French landscape painter, and Robert Smithson, a leading figure in land art. From the former, a contemporary of French philosopher Denis Diderot, Gaillard draws an interest in ruination and the picturesque; from the latter, he adopts a fascination with entropy, earthwork and science fiction.

The Collection has brought together a significant number of works spanning from 2004 to 2019 by Gaillard, one of the most noteworthy artists of his generation. For the presentation at Espace Louis Vuitton München, the artist himself selected two video pieces, screening for the first time in a display specifically reinvented: Real Remnants of Fictive Wars V (2004) and Desniansky Raion (2007). In Real Remnants of Fictive Wars V, Gaillard adds a contemporary twist to both land art and landscape painting by filming a fire extinguisher being set off in a bucolic scene. He also draws parallels between the great battle paintings of the Renaissance and hooligan riots with Desniansky Raion. Bearing witness to the beauty exuding from the apparent violence of his typical visual telescoping, Gaillard’s production opens up new perspectives on our shared environment.

About the Fondation Louis Vuitton
The Fondation Louis Vuitton serves the public interest and is exclusively dedicated to contemporary art and artists, as well as 20th-century works to which their inspirations can be traced. The collection and the exhibitions it organises seek to engage a broad public. The magnificent building created by the Canadian-American architect Frank Gehry, and already recognized as an emblematic example of 21st-century architecture, constitutes the Fondation’s seminal artistic statement. Since its opening in October 2014, the Fondation has welcomed more than six million visitors from France and around the world.

The Fondation Louis Vuitton commits to engage in international initiatives, both at the Fondation and in partnership with public and private institutions, including other foundations and museums such as the Pushkin Museum in Moscow and the Hermitage Museum in Saint Petersburg (Icons of Modern Art: The Shchukin Collection), the MoMA in New York (Being Modern: MoMA in Paris), and the Courtauld Gallery in London (The Courtauld Collection: A Vision for Impressionism), among others. The artistic direction also developed a specific “Hors-les-murs” programme taking place within the Espaces Louis Vuitton in Tokyo, Venice, Munich, Beijing, Seoul and Osaka, which are exclusively devoted to exhibitions of works from the collection. These exhibitions are open to the public free of charge and promoted through specific cultural communication.