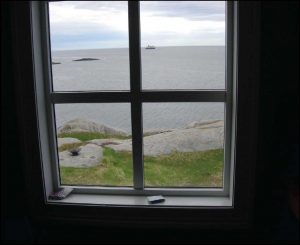 Born in 1964, Amar Kanwar is an artist and filmmaker who lives and works in New Delhi, India. His oeuvre, deeply marked by the history of his country. His work is a constant quest to understand the troubled times we live in and to research the diversity of narrative structures used on the Indian subcontinent. The results of this practice are disturbingly contemplative works, which examine nationalism, politics, violence, and social performance through video and sound installations.

Personal experience carries an immense weight in Kanwar’s films. During the 1947 partition of India, both his parents were forced to flee Punjab, a region divided between India and Pakistan. In 1984 Kanwar was a history student at Delhi University when the assassination of the Indian Prime Minister Indira Gandhi occurred, leading to a wave of violence where thousands of people were killed. A few months later there was a gas explosion in a Bhopal factory which killed over 2000 people. These horrific and poignant events that Kanwar and his family experienced have since become sources of reflection throughout his oeuvre.

Kanwar’s films are complex contemporary narratives that connect intimate personal spheres of existence to larger social political processes. The Espace Louis Vuitton München, within the framework of the Fondation Louis Vuitton “Hors-les-murs” program, invites you to experience two films from the Collection, Henningsvaer (2006) and  A Love Story (2010), alongside a recent installation selected by the artist himself, Letter 5 (2017). Representative of Kanwar’s complete body of work, these works operate at the interface between art, documentation and activism.

About the artist
Amar Kanwar’s  works have been exhibited around the world, most recently in 2018 with solo exhibitions held at the LUMA Foundation, Arles, France; the Minneapolis Institute of Art, Minnesota, USA; the Tate Modern, London, UK; the Bildmuseet, Umeå, Sweden, and at Photo Kathmandu, Nepal. Other exhibitions have been held at the Whitechapel Gallery, London, UK (2007); the Stedelijk Museum, Amsterdam, the Netherlands (2008); the Fotomuseum Winterthur, Zurich, Switzerland (2012); Thyssen-Bornemisza Art Contemporary, Vienna, Austria (2013); the Yorkshire Sculpture Park, Wakefield, UK (2013); the Illinois Institute of Art, Chicago, USA (2013); the Assam State Museum, India (2015); the Goethe-Institut / Max Mueller Bhavan, Mumbai, India (2015-16); and the Frac des Pays de la Loire, Carquefou, France (2016). Kanwar’s work has also appeared in several documenta exhibitions (2002, 2007, 2013 and 2017). Kanwar has received numerous awards, including the Edvard Munch Award for Contemporary Art, Norway (2005), the Leonore Annenberg Prize for Art and Social Change (2014) and the Netherland’s Prince Claus Award for ground-breaking work in the field of culture and development (2017).

About the Fondation Louis Vuitton
The Fondation Louis Vuitton serves the public interest and is exclusively dedicated to contemporary art and artists, as well as 20th century works to which their inspirations can be traced. The Collection and the exhibitions it organizes seek to engage a broad public. The magnificent building created by the Canadian-American architect Frank Gehry, and already recognized as an emblematic example of the 21st century architecture, constitutes the Fondation’s seminal artistic statement. Since its opening in October 2014, the Fondation has welcomed more than five million visitors from France and around the world. The Fondation Louis Vuitton commits to engage in international initiatives, both at the Fondation and in partnership with public and private institutions, including other foundations and museums such as the Pushkin Museum in Moscow and the Hermitage Museum in Saint Petersburg (Icons of Modern Art: The Shchukin Collection), the MoMA in New York (Being Modern: MoMA in Paris), and the Courtauld Gallery in London (The Courtauld Collection. A Vision for Impressionism) among others.

The artistic direction also developed a specific “Hors-les-murs” programme taking place within the Espaces Louis Vuitton in Beijing, Munich, Venice and Tokyo, which are exclusively devoted to exhibitions of works from the Collection. These exhibitions are open to the public free of charge and promoted through specific cultural communication.