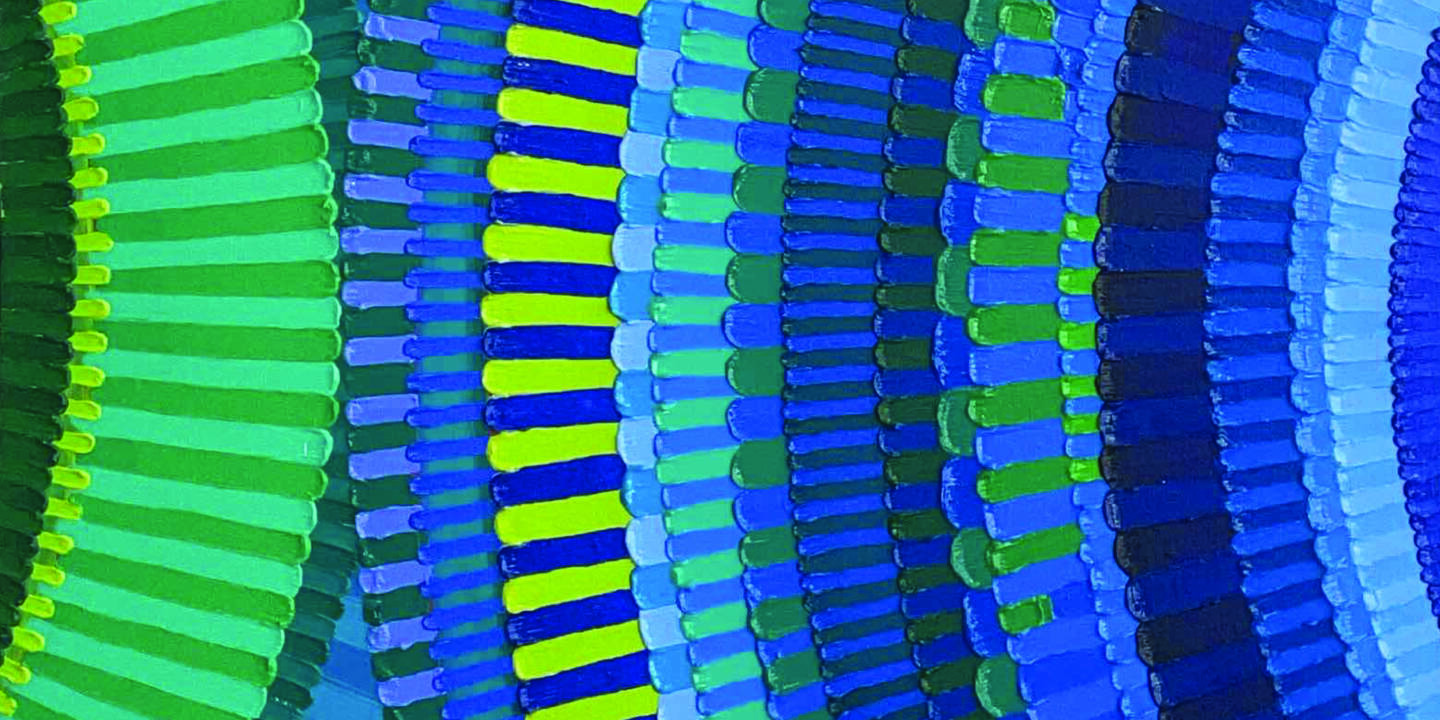 blue/s is a mood. It takes form as the trick that appears as abundance in both the sea and the sky and the scarcity in both flora and fauna. There are the sonic vibrations that traveled from west Africa to the deep south of the United States, those frequencies which evoke pain, desire, pleasure, purpose, resistance, terror. The bending of light, and the bending of time, and the heat, the hot new heat, which structured this universe. That blue/s which performs presences and evades capture is the offering here.

This exhibition asks blue/s to take us towards the tonality which lives in Ornette Coleman’s harmolodics, a vernacular of sound and liberatory consciousness. A note of “microtonal eruption,” as Fred Moten names it, interrupting the standard while creating a sort of radical non-space in between it all. blue/s considers this play on the sonic, temporal, optical, and haptic formation as a generative site of inquiry. Here blue/s is an affective inhabitant rather than a subjective space offering points of departure which twist and turn but refuse to stick to a single landing or vantage point. What blue/s does is offer a lens, a moment, a breath, which revels in its own possibilities.

Through site-specific installation, sculpture, photography, painting, collage, and soundscapes, the Experience is an exploration of the color, influence sound and mood held within blue. Akin to a river, which harbors a multitude of sensory elements, hues, and life, the art of blue/s is a morphological endeavor; pursuing relationships between space, mediums, and energy.