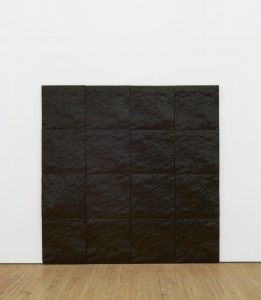 A pioneer of light-based art, Mary Corse is one of the few women associated with the Light and Space movement that originated in Southern California in the 1960s. Throughout her career Corse has experimented with different ways to physically imbue her paintings with light. Her techniques have included the use of electric light, ceramic tiles, and glass microspheres, with which she creates simple geometric configurations that give structure to the luminescent internal space of her paintings. This focused presentation of Corse’s painting, examines her treatment of internal compositional space—using geometric form in juxtaposition with gestural brushwork—from the 1960s to the present. These works open themselves up to their environment, reflecting and refracting light, and invite a perceptual encounter that is grounded in both vision and movement.

Mary Corse is made possible by major support from the Ric and Suzanne Kayne. Additional support is provided by the Horace W. Goldsmith Foundation and the New York State Council on the Arts, a State agency.

Related Exhibition
In June 2018 the Whitney Museum of American Art will present Mary Corse’s first solo museum survey, Mary Corse: A Survey in Light, bringing together the artist’s key bodies of work. The exhibition will travel to the Los Angeles County Museum of Art from July 28–November 10, 2019.

On October 12, the Whitney and Dia will join together to present a symposium at the Whitney reflecting on Corse’s career and bringing forth new perspectives on her work. Further details will be forthcoming. 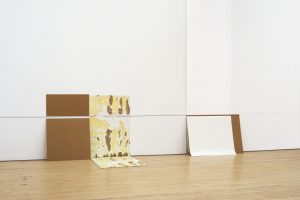 In the late 1960s and early 1970s, Dorothea Rockburne adopted an approach to art-making that was informed by her early training as a painter in Montréal and her studies in mathematics and dance in the early 1950s at Black Mountain College near Asheville, North Carolina. Rockburne developed a procedural form of working; She manually manipulated unexpected, non-art materials according to mathematical logic. In doing so, she explored new structural possibilities for translating the complexities of mathematical theory into physical space. From simple geometry, she turned to set theory—the study of how objects and information can be organized numerically and symbolically—to arrange groups of materials and actions into divisions that explored questions of conceptual, material, and physical belonging. Rockburne displaced, folded, and tore paper, to which she applied experimental materials like crude oil, grease, and tar, creating surfaces that are encoded with the methods and processes of their production. While conceptually rigorous, these works feature richly textured and lush materials, which index the artist’s labor and exert a bodily effect on the viewer.

Dorothea Rockburne is made possible by significant support from COS. Additional support is provided by the Horace W. Goldsmith Foundation and the New York State Council on the Arts, a State agency.