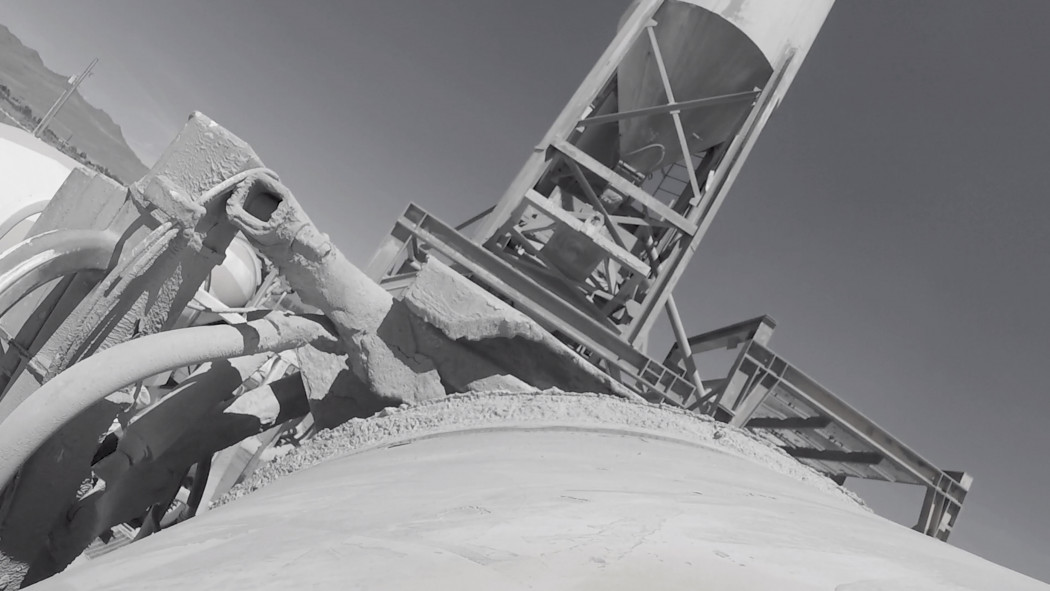 Dia Chelsea reopens with an exhibition of newly commissioned works by Lucy Raven. Following a three-year engagement with Dia, Raven presents two kinetic light sculptures occupying the entirety of the former Alcamo marble-cutting factory on West 22nd Street in New York City. In an adjacent gallery, she exhibits a film that was shot over two years at a concrete plant in Bellevue, Idaho. Together, these two projects explore properties of speed, pressure, and materiality (both geological and synthetic) in the context of the Western United States. Born in Arizona, Raven often considers the complex histories of this region’s formation and depiction, as well as its contemporary role in global commerce, communication, and development. In doing so, her work engages the legacy of the Land artists that Dia has supported since the early 1970s. Incorporating moving images, photography, sculpture, and sound, her immersive installations address issues of labor, technology, and the hidden mechanisms of power.