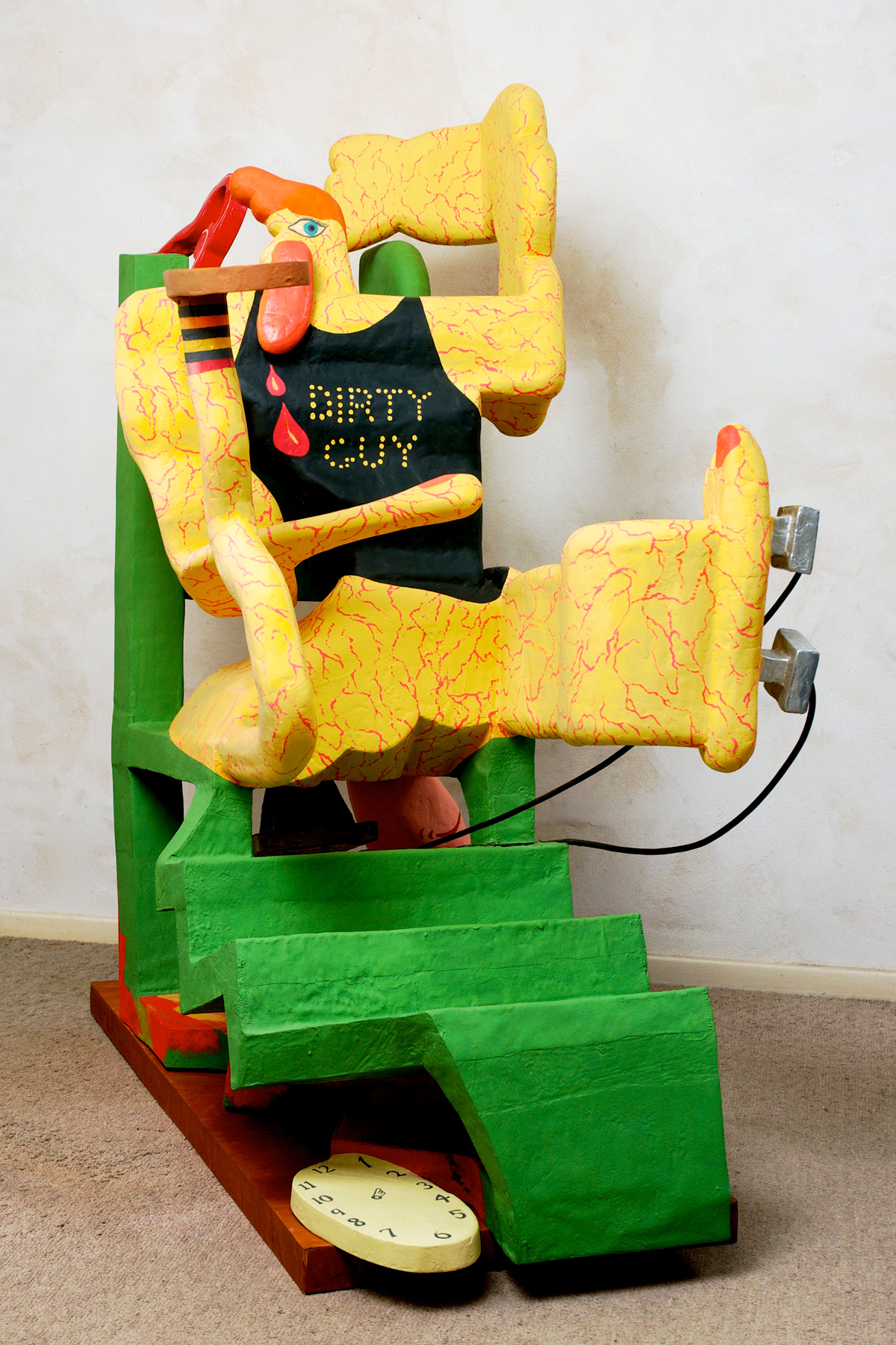 Rene di Rosa viewed his collection of more than 1600 objects, accumulated over five decades from the 1960s until his death in 2010, as a sort of “incorrect museum.” In 1997, when the preserve opened its doors to the public, di Rosa memorialized the occasion in verse, penning a “singalong for an incorrect museum” which was distributed to early visitors: “Come on out and let go/to return again while getting to know/that here the art invites a titter/from the free admitter/That here art is a healthy remedy/with a laugh at rascality not posing as ponderosity.”

di Rosa, along with many of the artists he collected, strictly opposed the aesthetic and social conventions of the mainstream art world, which he viewed as pretentious, sterile and fundamentally conservative. Unlike major museums in New York and Los Angeles, di Rosa welcomed the public free of charge, reflecting a populist vision for the arts. Similarly, he rejected the bland art-speak peddled by gallerists and curators, eschewing the use of exhibition labels to cultivate a more immediate and personal exchange between artwork and viewer.

Even the personal residence di Rosa shared with his wife Veronica was imbued with an “incorrect” spirit, with works installed ceiling-to-floor in a playful salon style. The entryway of The Incorrect Museum is installed similarly, as a tribute to di Rosa’s curatorial vision. In the main gallery, we present six vignettes exploring how di Rosa’s “incorrect” sensibility was informed by the Bay Area’s unique artistic milieu. As this exhibition shows, the ideal of “incorrectness” was a lodestone for generations of Bay Area artists.

The works in the collection had a distinctly “incorrect” flavor which tended, di Rosa wrote, to invoke a “curatorial frown” from cultural gatekeepers in large, international museums. The collection focused on Bay Area artists—like Bruce Conner, William T. Wiley, Robert Arneson and Roy De Forest, among others—whose work was too colorful, ungainly, humorous and irreverent to be easily interpreted or consumed by art world afficionados. di Rosa also supported local artists—including Peter Voulkos, Jim Melchert, Tom Marioni and Paul Kos—who blurred the line between art and life, creating conceptual works rooted in experience that were not easily bought or sold.

We invite you to celebrate the shared “rascality” of these artists. The art and artists of Northern California have too often been overlooked by critics and historians of twentieth century art.