Darat al Funun: “Truth is black, write over it with a mirage’s light” 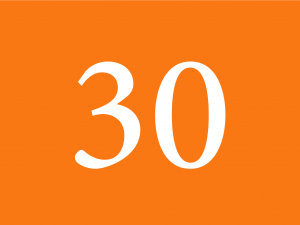 For our 30th anniversary, we invited artists from all disciplines to pause and reflect, to re-imagine our world, and to reinvent their narrative, following the challenge set by Mahmoud Darwish in his poem ‘To a Young Poet’:

Truth is black, write over it
with a mirage’s light.

Three consecutive exhibitions were held over 2018, of which this is the closing one. As in the two previous iterations, this third exhibition does not offer one reading of the past or the present. The artists offer a multiplicity of perspectives and present a wide variety of practices that reflect the complexities of our world and our time. Together the exhibitions form a constellation of new narratives and interrogations, while allowing scope for paradoxes and intricacies to emerge.

In this third exhibition, we are presenting Ahlam Shibli’s photographic series ‘Occupation’ (2016/17). Recently shown as part of Documenta 14, the foundation of the work is the destruction of Palestinian livelihood in al-Khalil/Hebron and the occupied territories by the Israeli colonial regime and Zionist settlers. The photographs record the signs of a disturbing duplicate inversion, among other things. On the one hand, the images indicate how the settlers—who have invaded the Palestinians’ territory, preventing them from using their property, and disrupted their freedom of movement—create a prisonlike space for themselves. On the other hand, the photographs reveal how the Palestinians use the hardware of the separation implemented by the Israeli occupation to protect their own public spaces and their homes.

Shot by drone across a perilous expanse, Hrair Sarkissian’s two-channel video installation, ‘Horizon’ (2016), charts one of the shortest and most common refugee routes from the Turkish shores to the island of Megisti on the edge of south eastern Greece. Sarkissian writes of this journey into the unknown as marked by extreme uncertainty wherein “there is just one line to hold on to: the horizon. It visualizes how close the future is, a starting point for building up hopes and dreams, a refuge for escaping the darkness of the present, while holding on to the memories of the past.”

In his new neon text sculpture, Adel Abidin outlines the title of a daring and challenging poem written by dissident Iraqi poet Muzaffar Al-Nawab in the mid-1970s that translates from the Arabic as ‘Jerusalem is the Bride of Your Arabhood’. It is a harsh and frank indictment that still reverberates today. James Webb’s ‘The Two Insomnias’ takes its title from 13th century poet Rumi. The work reframes and repurposes the poem, and seeks to untangle the relationships between nationalism, the individual, and the headiness of belonging. In a curious exploration of the nature of belief and the dynamics of communication, Webb’s video ‘Le Marché Oriental’ (2009) films the Azan (call to prayer) inside the empty remains of an Apartheid-era shopping mall a few weeks prior to its demolition to make way for luxury apartments.

In The Lab, Khalil Rabah presents ‘Member, Dismember, Remember’, an exhibition by the botanical department of ‘The Palestinian Museum of Natural History and Humankind’, his ongoing inquiry into the ways in which history is socially constructed through embedded material in identity and culture. Founded in 1995, the Museum is an institution that produces and presents artefacts and artworks dating to the present day. This ambitious long-term project sets out to disrupt iconic representations of Palestine.

The relationship between movement and space is highlighted in Studio 8’s journey through the history of dance notation and survey of the ties between dance and the visual arts.

Sima Zureikat reflects on a context of displacement and transformation through a photographic series shot in Jordan. In a similar vein, Mo’awia Bajis casts a lens on the city of Amman in an installation that archives sounds, which attest to the city’s political, social and cultural transformations and invites viewers to produce personal interpretations of the city’s identity through sound. Will Iskandar uses digital technology to cast a fresh eye on his immediate surroundings, and revisit ideas and principles anew.

Taking his profound interest in interrogating the familiar as a starting point, Ahmad Salameh’s film probes the human sense of humour in relation to social, historical and political contexts. Yousef Kawar’s installation immerses the public in what can best be described as an interactive room. Riccardo Matlakas presents a series of relics and documentation of his performance work, with an intent to re-formulate the current existing structures in society.

Students from the faculty of Fine arts at the University of Jordan have been working in our printing press workshops under the guidance of artist Jehad Al Ameri, head of the Visual Arts Department. They have been also designing items, mainly chairs, inspired from architectural elements at Darat al Funun. Their works will be exhibited in the Print Studios.

Participating artists in the October-January exhibition: