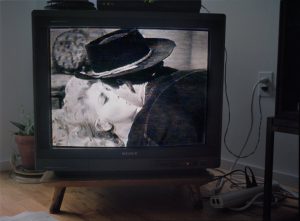 The Cue art foundation is hosting a new exhibition dedicated to the work of the artist Judy Linn.

Linn’s subjects are objects and scenes of the everyday—an apartment complex, a woman’s hair, the back of a truck—yet not as we experience them. In the space of Linn’s photographs, time is flattened, light and matter are made indistinguishable. The hierarchies of the visual world are disrupted—shadows, reflections, and images within the photographs hold equal materiality with the tangible. Shechet notes, “[Linn’s] universe is alive with outstanding things; ordinary stuff and the light and space and color in, around and between the everyday.”

In LUNCH, Linn presents the ordinary and familiar as the other, revealing to her viewer the inherent unknowability of the world and the fallibility of human vocabulary in describing it. Of her work, she writes, “I am trying to shed the words in my head and openly respond to a visual world.” 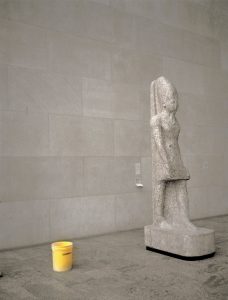 Judy Linn was born in Detroit, Michigan and received a BFA from Pratt Institute in 1969. She has had portfolios published in Artforum and BOMB magazine, and a book of her portraits of Patti Smith, Patti Smith 1969 – 1976: Photographs by Judy Linn, was published by Abram Image in 2011. Linn’s photographs are included in the collections of the Museum of Modern Art, the Whitney Museum of American Art, the Detroit Art Institute, the Dallas Museum of Art, and the Getty Collection, among others. She has received an award from the American Academy of Arts and Letters and grants from the Louis Comfort Tiffany Foundation, Anonymous Was A Woman, and the Peter S. Reed Foundation. Linn currently lives in New York and teaches at Vassar College.
Curated by Arlene Shechet