During this global pandemic, we thought it important to investigate the experiences and visions of Art Foundations around the world, by bringing together a wide view of how some Foundations are coping; highlighting what actions they have taken, in the hope that this will help other Art Foundations by fostering the spirit of sharing experiences and expertise. We asked the same questions to each organisation and below are their responses.

Though nothing is so individual as each Art Foundation and its situation, we have tried to find a commonality in the many inspirational conversations we have held and for which we would like to specifically thank: 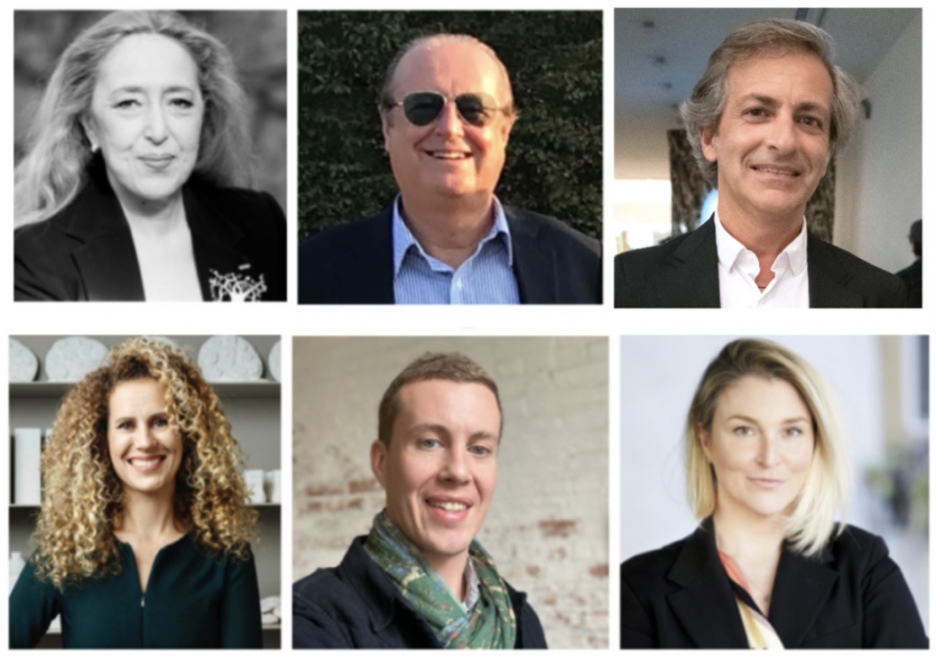 How has this experience impacted you personally as well as your organisation?

Most decidedly for the Museu Coleção Berardo in Lisbon, the sudden lockdown caused the greatest anxiety.

“It was a very busy day at the Museum, when I realised, in order to safeguard people, I had to close immediately – 12:00 on Friday the 13 March, just before the Government formally announced the lockdown,” said Pedro Bernardes.

Meanwhile at the Museum teams were in the midst of installing the major exhibition of Julian Opie, which was due to open the following Wednesday, 18 March.

The decision was then made to Live Stream the opening event; everyone worked non-stop over the weekend to get everything completed. With no digital services in-house, the Digital Manager also had to find the appropriate expert contractors.

Then on the following Tuesday, it was announced that Julian Opie had to leave and return to the UK as he feared borders would be closed – so they quickly pre-recorded sessions with him.

“Everybody was on their knees in this very hectic lockdown,” said Pedro Bernardes. 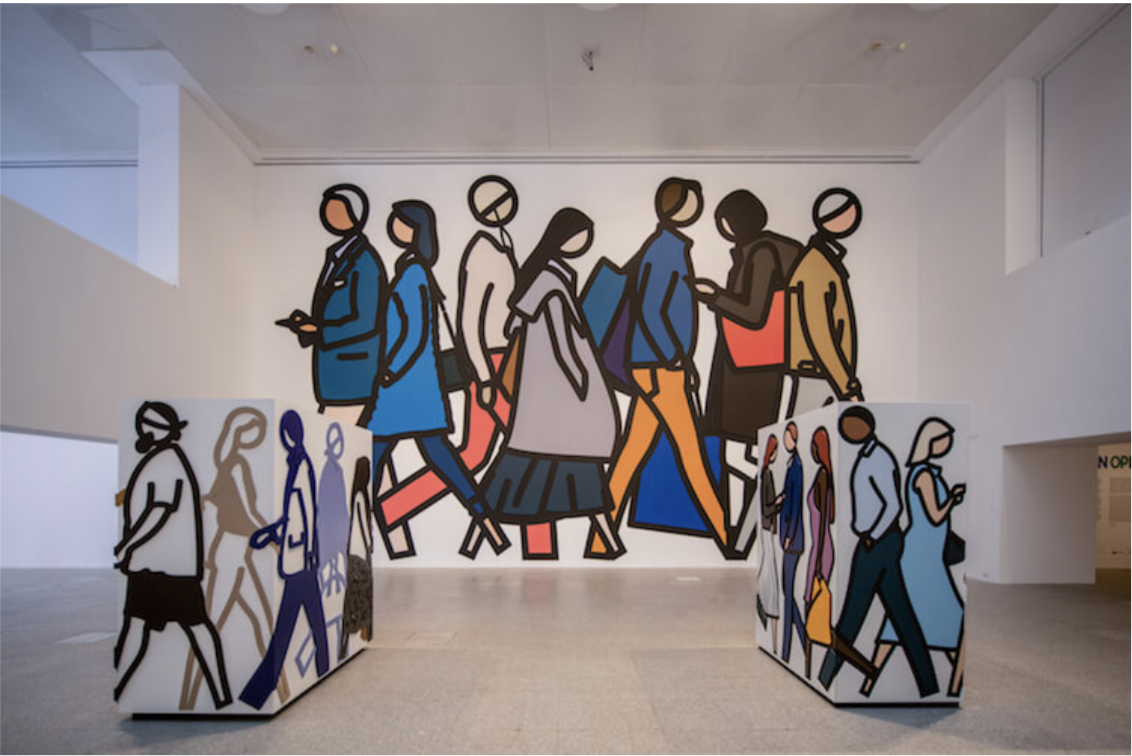 The team of Ballroom Marfa in Texas, USA found themselves in another, surrealistic situation: On April 1 Laura Creed became its new director, but as she said

“It was tough to start working with a team I hadn’t meet face to face, especially at a time of crisis, when you needed everyone to work their hardest, but everyone pulled together in the best possible way”.

Also, Laura was about to move across the country from LA to Marfa, with her family, including twins aged 20 months

“There was no other choice, we must make it work, this is the ‘New World Order’”. 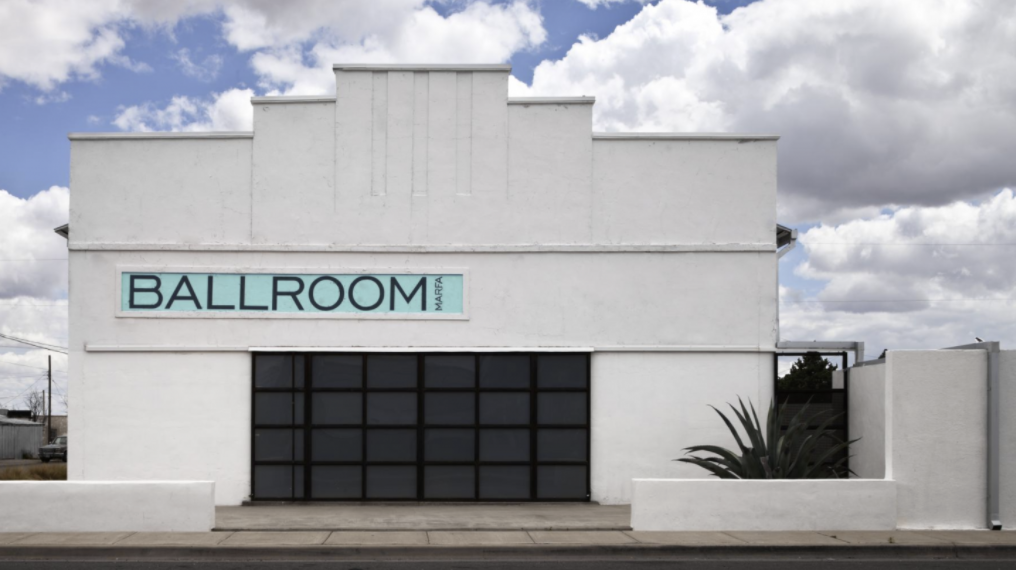 Most foundations experienced a very similar situation: to have to close down the museum and suddenly be working from home (with family around) via virtual meetings.

The first care for all the directors we’ve spoken to was for the staff working in the museum; to find a financial solution for some and new rhythm and tasks for others.

Sietske van Zanten, LAM in the Netherlands became aware that each person’s individual experiences were very different, including individual fears for the future.

How have you adapted your marketing strategy, and have you had any particular successes?

While forced to close the physical spaces and work from home, the strategies of most Foundations have become mainly focussed on the internet:

“The marketing strategy is focused on the internet and we are looking into as many online activities as possible. Many of the causal staff are educators so we decided to ask them to produce online work, so they could continue to work. Every day, a newsletter is sent out”

All their social media activity is also encouraging people to view the website. The Museum has always run vacation workshops for children and their on-line “Children’s Easter activities” was particularly successful, reaching even more viewers this year. Berardo now sees this idea of continuing past COVID-19. 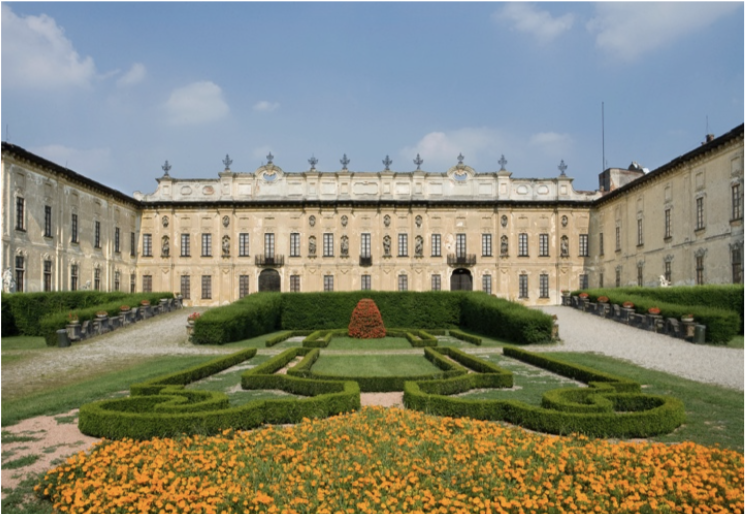 The Fondazione Augusto Rancilio settled in the Villa Arconati, nicknamed “The Little Versailles of Milan”, had to pause its widely varied program of activities. Now they attract the visitors via newsletters, virtual tours on the website, and in-depth virtual visits of the historical castle and gardens. These ‘visits’ are also punctuated by viewing the sculptures and being ‘visited’ by both Antonio Vivaldi and Arturo Toscanini.

Leonardo da Vinci’s precious Codex has taken refuge in the Villa’s library for decades, whilst his designs have inspired both the park’s water systems and stables.

Many Foundations have taken the chance, via internet, to deepen cultural awareness, making their archives accessible online or developing such programs.

Fondation Maeght is concentrating on Newsletters whose frequency has now increased from four a year, to once a week. These are sharing private historical films from their immense archives to enable them to keep their rich artistic family story alive. Via the newsletters, they are also selling original artist lithographs (signed and dated) and trying to increase membership for the ‘Friends of Fondation Maeght’ which always has been a big pillar for the foundation.

Meanwhile, they are planning future exhibitions and concentrating on developing new material for children, from small books to colouring activities. Fondation Maeght was one of the first Museums to offer free entry for children, which has always been a very important part of who they are as an organisation. 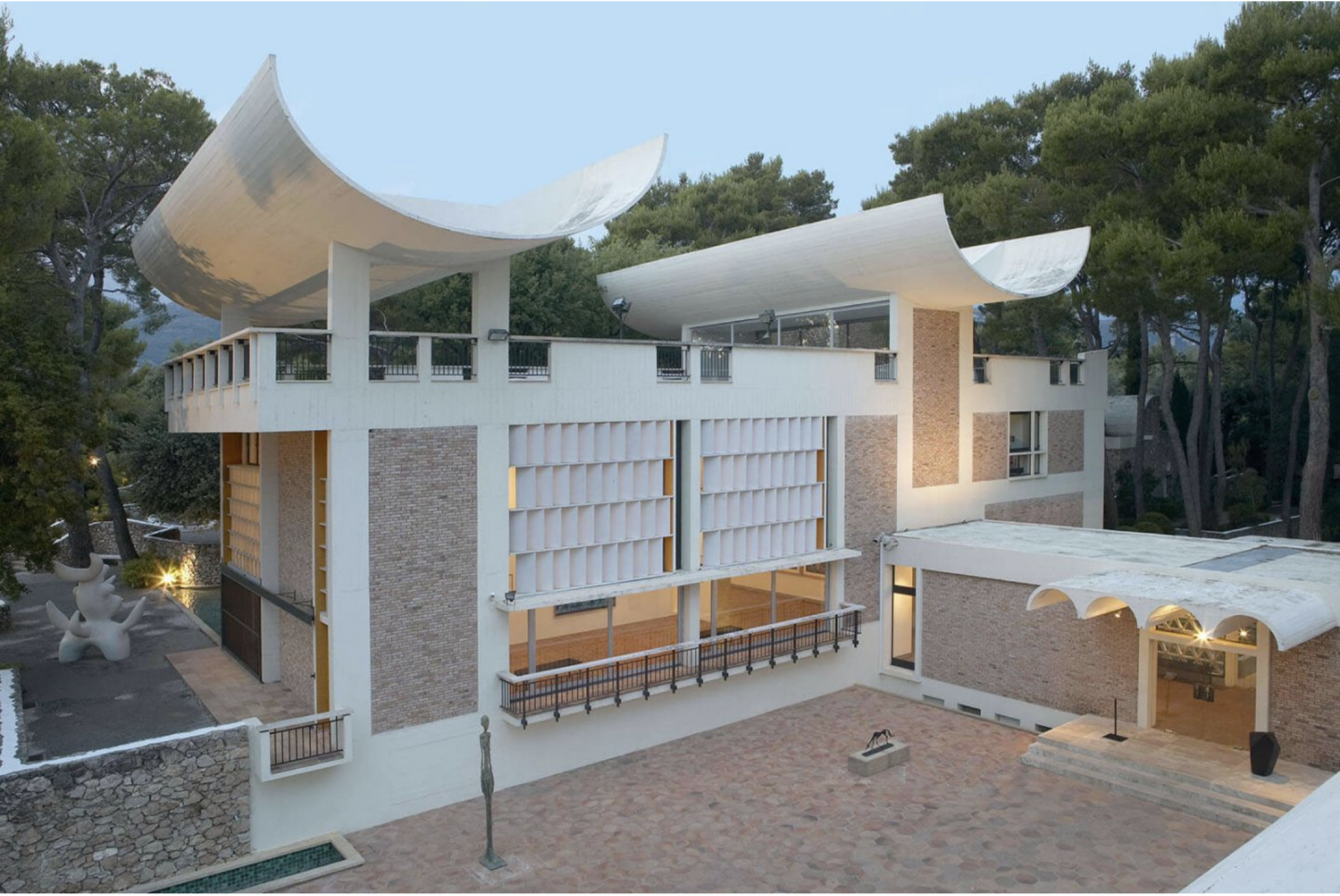 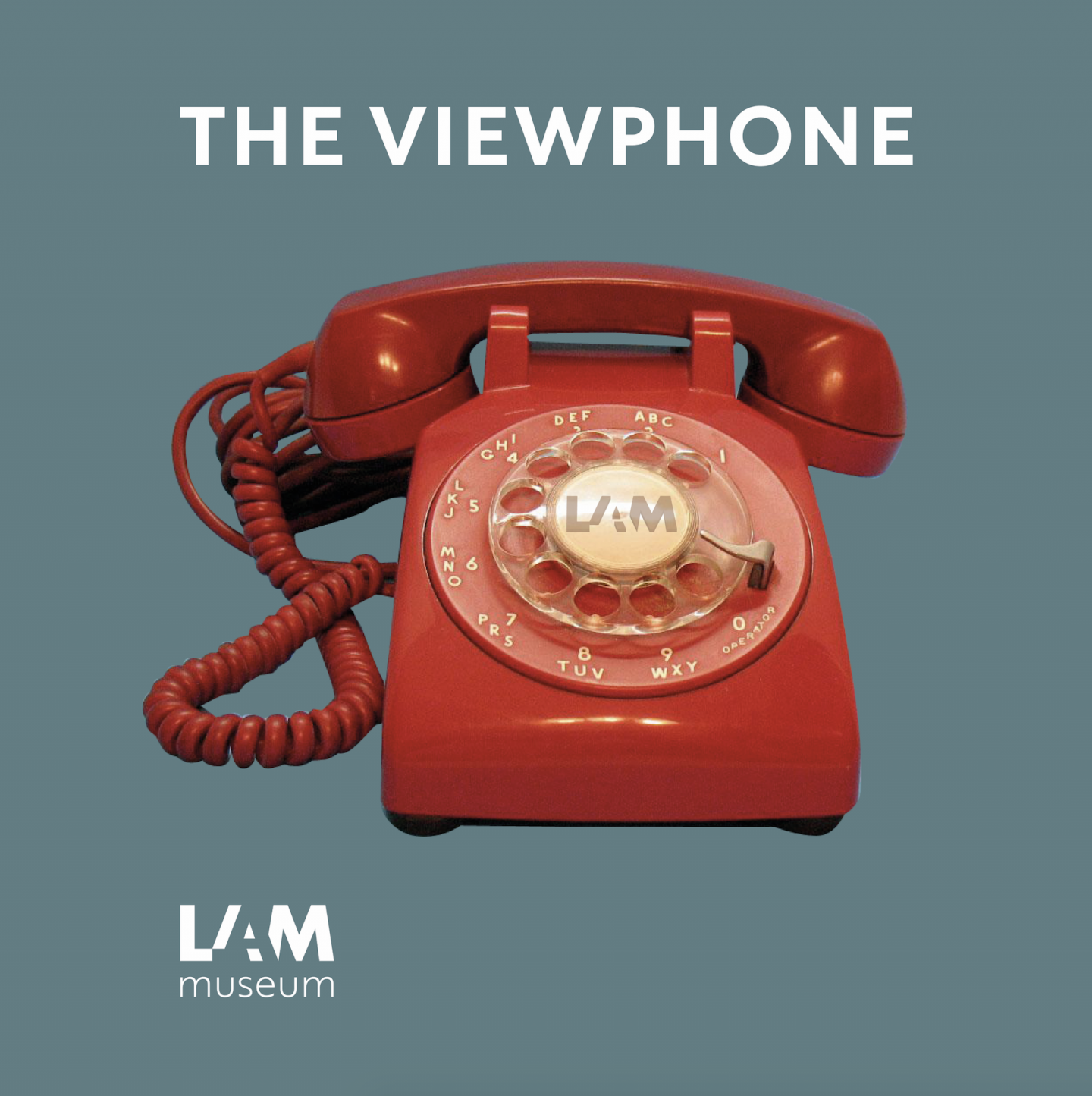 A unique position has now been taken by LAM, whose policy has never been to draw large numbers of visitors, but to privilege the individual or a small group of every age with experiencing art at their own pace.

This policy has now been brought forward to the internet, by a daily ‘Art Snack’, purposefully curated to encourage people to look at themselves and their surroundings, helping to foster an appreciation of art.

Next to that, they have introduced the ‘View Phone’. Twice a week somebody from the museum, from researcher to director, has an open talk with a pre-arranged virtual visitor about art. Both initiatives have proven to be very successful and will stay a part of the future functioning of the museum.

This daily internet program was set up with the help of everybody within the organisation. Sietske van Zanten has updated the job descriptions for the Public Service staff, resulting in these initiatives being fully embedded within the organisation. Changing the Public Service staff roles, from just face-to-face to including audio and written text, has helped alleviate the pressure on the Communications Manager. In the future, this may well be expanded to also include social media channels.

“Our first action taken was completing and launching the new website in three phases. The team of eight all pulled together and they had a soft launch in mid-April; Phase two was launched on 24 April and the third will be in May. The ambition is to have all content online, the full 17 years of back catalogues”.

In June they will also launch a Membership drive. Aligned with this, they hope to activate interest for their merchandise as well as limited editions, which they are hoping will successfully sell on Artsy at the end of April. 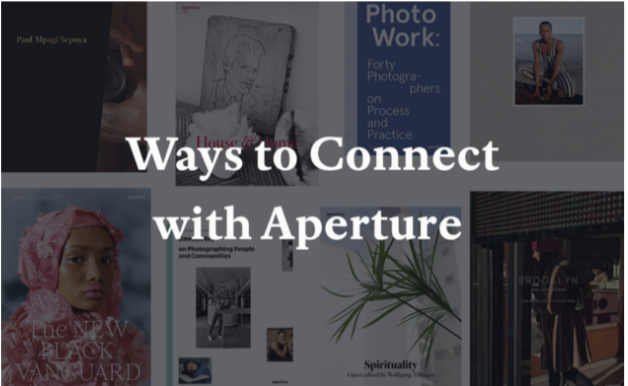 Communications Director Paul Colarusso for Aperture says their greatest successes have been with online sales. They believe this is due to ‘wise’ pricing and clear narrative, which is clearly demonstrated here: How is Aperture navigating the Pandemic? and on their online shop.

museum’s future and develop their extensive online events. They are now working on a new website, which will be launched in May, also brought forward by the situation. It will be content-driven, ‘more like the Wall Street Journal!’.

What are you most fearful of?

All the Foundation leaders are, in the first place, immensely concerned about the people who work with them. They all implied that they are very tight-knit teams that very often feel like a family.

For many Art Foundations dependant on external funds, ensuring a continuing financial flow is the greatest threat. Ensuring ambitious exhibition plans can be upheld, without jeopardizing the health of the organisation.

For both Ballroom Marfa and Aperture, their biggest fear is the longer term fall out; how their country will view the importance of ‘Art and Culture’

“This could have a similar impact and timeframe as the 2008 crash, when I still felt the effects in 2012, when social projects, housing, and new jobs were more important to funders,” said Laura Creed, from Ballroom Marfa.

Many foundations rely on fundraising and sponsorship, so they are actively looking for dynamic solutions to weather the storm.

Which changes do you see /hope for the near future of your foundation, after opening?”

LAM’s existing procedures made it almost, ‘COVID-19-proof’. They will only allow access per hour to one party. This may vary from one person with their family /friends to a maximum of ten persons. Tickets (already) have to be bought in advance. The public can either purchase a ticket or opt for a sponsored ticket. In the past year, 74% chose to pay and 26% chose sponsorship.

Their new system of a group booking can be given as a gift or people can nominate someone or another group who they feel would benefit from such a sponsored visit. This enables the Museum to uphold its mission to enhance the visitor’s experience, with “an open atmosphere and they can enjoy the art and their surroundings without apprehension”. This also means that fewer staff are required to work on-site. 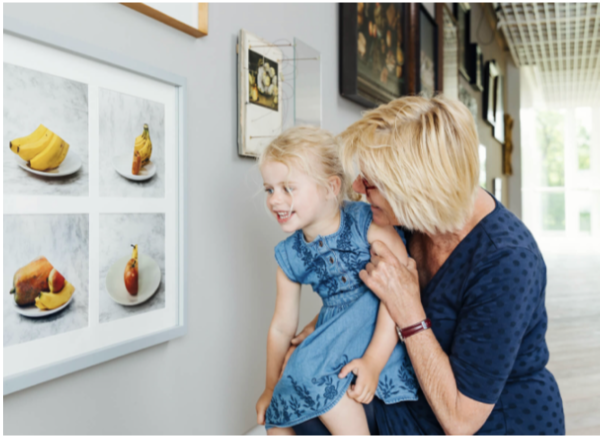 Museu Coleção Berardo has organised its protection measurements for the future reopening and all efforts are being put towards ensuring they can reopen safely; e.g. acrylic sheeting has already been installed on the welcome desk. Pedro Bernardes is also looking into purchasing high volumes of acrylic masks for all staff and visitors. The cost of the masks used by the public could be added to the entry ticket.

For the near future, Bernardes is concerned about creating new exhibitions. He is fully aware that it may well be a long time before anyone can safely restart this activity. The process starts with the practical problems associated with lending an artwork to another organisation, as, for example, normally a member of staff would accompany the work. The future Marketing Strategy will not be so focused on enticing people to visit, but more about celebrating, by various means, the amazing collection they have.

Bernardes also states that the advancement of technology is now even more important. Already they are talking with the 3D Virtual Tour companies to explore future possibilities. 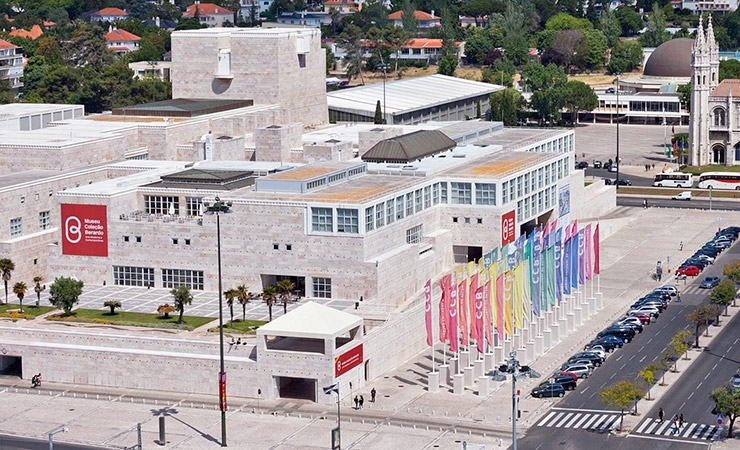 Isabelle Maeght said, “When we do open (hopefully mid-July), it will need to be a peaceful exhibition”. For the future, Fondation Maeght would like to increase its touring exhibitions. “Travelling is so important, the collection cannot be locked away, it must be shared”.

As an overall thought, Laura Creed from Ballroom Marfa feels that everything will be tight financially for everyone and for the foreseeable future. But she hopes these following points are not going to be forgotten moving forward:

What opportunities has this period given you?

Fondazione Augusto Rancilio, despite the compulsory closure, the Villa and its planned events, such as music festivals and exhibitions, Cesare Rancilio said: “he was touched by the solidarity of the people of the region all around and significant follow-up of the public via the internet and its newsletters, an increasing number of visitors exploring the Villa through its virtual tours, which has shed light on its aesthetics and history”.

Ballroom Marfa, Laura Creed has very positive hopes for the future by “collaboration and helping everyone to continue to move forward delivering their mission”.

Aperture: Paul Colarusso: COVID-19 has been a pivotal moment for Aperture. “We very much want to ensure that we stay community focused; continuing the idea of ‘staying connected’.

Museu Coleção Berardo: Pedro Bernardes: “We have seen many positive stimuli from our activities on the internet and will be exploring and using more technical possibilities in the future”.

LAM: Sietske van Zanten did not look at this situation as a crisis or from a point of view of survival, but “with a thoughtful vision as to how to change the organisation smoothly into the new environment we all find ourselves in and to make the whole better”.