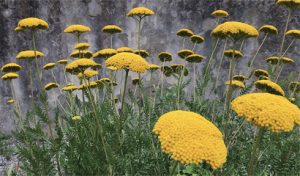 Helen Cammock, winner of the 7th Max Mara Art Prize for Women and nominee for the 2019 Turner Prize, after a premiere at Whitechapel Gallery in London (25 June – 1 September 2019) will be presenting her new exhibition Che si può fare (What can be done) at Collezione Maramotti, which is acquiring the works on view. The show will be adapted to the different space and also include an additional piece, an artist’s book made in July at the Istituto Centrale della Grafica in Rome.

These works by Helen Cammock interweave women’s stories of loss and resilience with seventeenth-century Baroque music by female composers, exploring the concept of lament in women’s lives across histories and geographies.
In addition to the new artist’s book, the exhibition includes a film, a series of vinyl cut prints, a screen-printed frieze, and a research room with books and objects that Cammock collected or was given while in Italy.

The show is the result of a six-month bespoke Italian residency organized by Max Mara, Whitechapel Gallery and Collezione Maramotti. Travelling from Bologna to Florence, Venice, Rome, Palermo and Reggio Emilia, Cammock set out to explore the expression of lament and uncover hidden female voices. Across the country, historians, musicians, artists and singers opened their archives and shared their stories and research.
The split-screen film at the heart of the exhibition features interviews with some of the women Cammock met on her travels, including social activists, migrants, refugees, a nun and women who fought the dictatorship. It memorializes the power of women’s voices from the Baroque period to Italy today. Their testimonies are layered with music and footage shot across Italy in a complex oral and visual collage.
Five colour-saturated prints depict music and voice through line drawing, and a long hand-painted frieze contains words and images drawn from the women Cammock encountered in Italy.

Che si può fare takes its title from a 1664 pre-operatic lament by Italian composer Barbara Strozzi (1619-1677). Cammock took classical singing lessons to learn the aria and rehearsed it throughout the residency.
The music recurs in the new video work and as a live performance at the opening: the artist will perform Strozzi’s music with a jazz trumpeter, reviving the composer’s legacy through her own voice. The music of fellow Italian composer Francesca Caccini (1587-1641) is incorporated into the performance as the soundtrack to an accompanying movement piece. Both Strozzi and Caccini were celebrated in their day but have since fallen into obscurity, with their compositions only now beginning to be rediscovered.

A visual poet whose drawings, prints, photographs and films juxtapose word and image, Cammock’s multimedia practice embraces text, photography, video, song, performance and printmaking, and is motivated by her commitment to questioning mainstream historical narratives around blackness, womanhood, wealth, power, poverty and vulnerability. Mining her own biography in addition to histories of repression or resistance, and incorporating influences from jazz, blues, poetry and dance, as well as the words of other writers – like James Baldwin, Maya Angelou and Audre Lorde – Cammock excavates lost, unheard, or buried voices.
For Cammock, music – from Nina Simone and Alice Coltrane to seventeenth-century Italian pre-opera – can further this endeavour to complicate the concept of history.