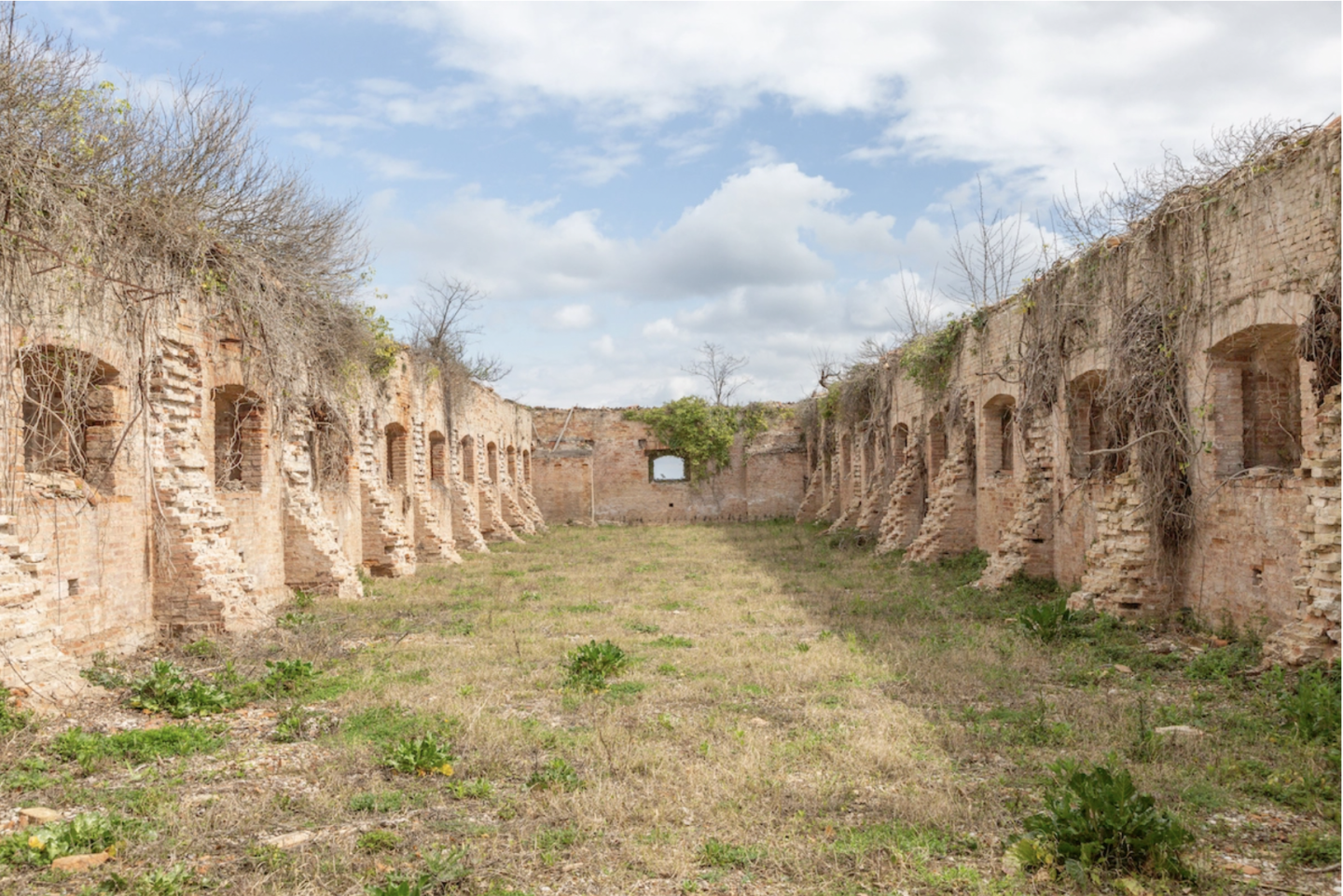 The Isola di San Giacomo, a small, remote island off the coast of Venice, will be converted into an arts space by collector Patrizia Sandretto Re Rebaudengo. It will be the third space overseen by her, after ones in Turin and the Italian town of Guarene. Last week, Re Rebaudengo revealed plans to turn the space into what her foundation labeled a “laboratory for ecological reflection.” She kicked off the initiative with a Jota Mombaça performance staged on San Giacomo that had been organized by curator Hans Ulrich Obrist.

The island is currently home to three powder magazines built in 1810 by Napoleon, whose forces had destroyed an ancient monastery on the island to make way for them. Those powder magazines are now being converted by Re Rebaudengo into spaces where art exhibitions and events can be held. As part of the construction process, the island will also be restored, and new trees will be planted around buildings that have gone unused for five decades.