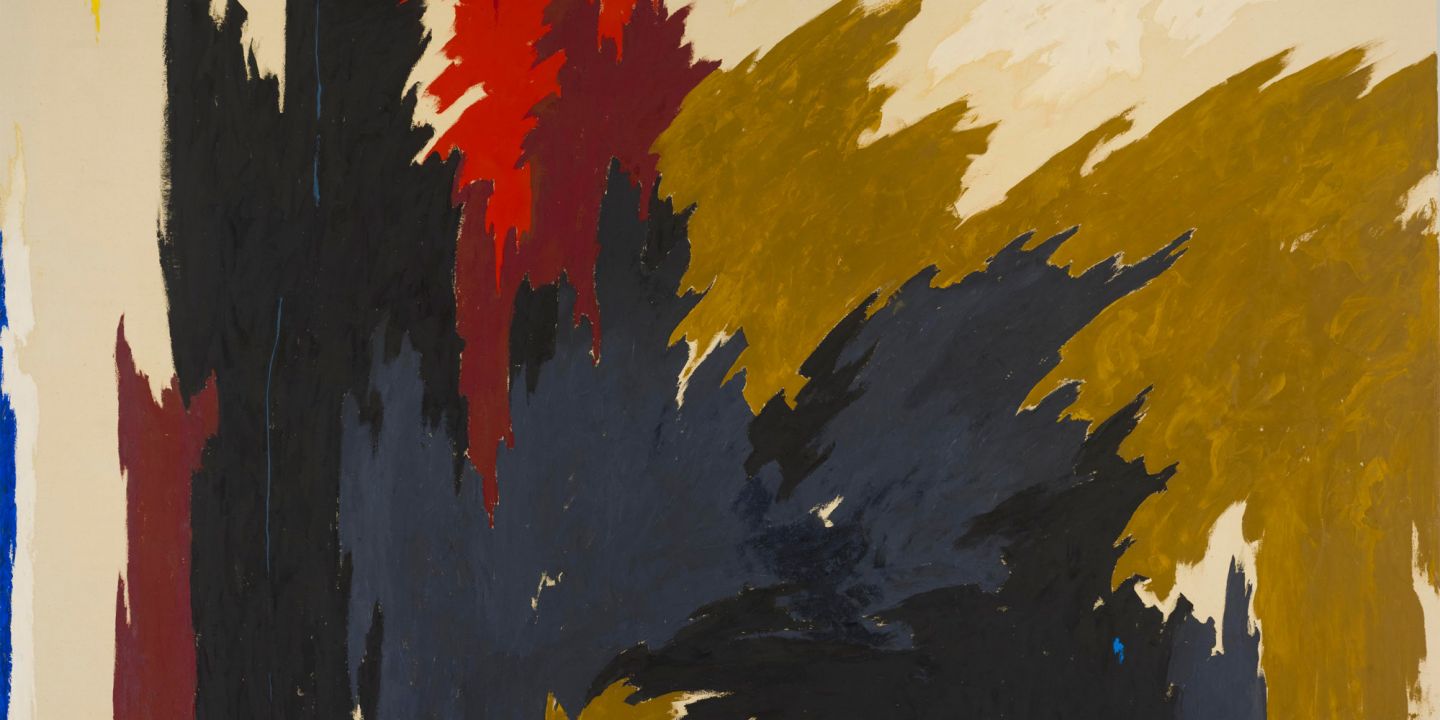 This exhibition, the first of its kind, investigates Clyfford Still’s later works, both in painting and in drawing, made after his move to rural Maryland in 1961. This marks a particularly fertile period for Still; he made over 375 works on canvas and over 1,100 works on paper (nearly all in pastel) in Maryland before his death in 1980 at the age of 75. Given Still’s especially reclusive posture later in life and the fact that few late works were distributed or shown during his lifetime, a full-scale presentation of these works is especially meaningful. The exhibition will include approximately 40 paintings and 30 works on paper.

Still’s art evolved in a number of significant ways in the early 1960s. Perhaps most notable was a general broadening of his palette and an increasing economy of imagery.  Implied movement also became more vivid, as if his painted forms are being set in motion by invisible forces. New processes, such as roller brushes, and formats were also developed during this period.  Given the nature of its collection, CSM has the unique ability to present both unseen masterworks but also “roads not taken” – insightful experimental works or bodies of works that underscore particular painting problems he was trying to solve.

This exhibition also represents the culmination of a nearly 10-year inventory, research, and conservation project in which many late works were unrolled, catalogued, and stretched (most for the first time) so they could be studied and made accessible as part of this exhibition.