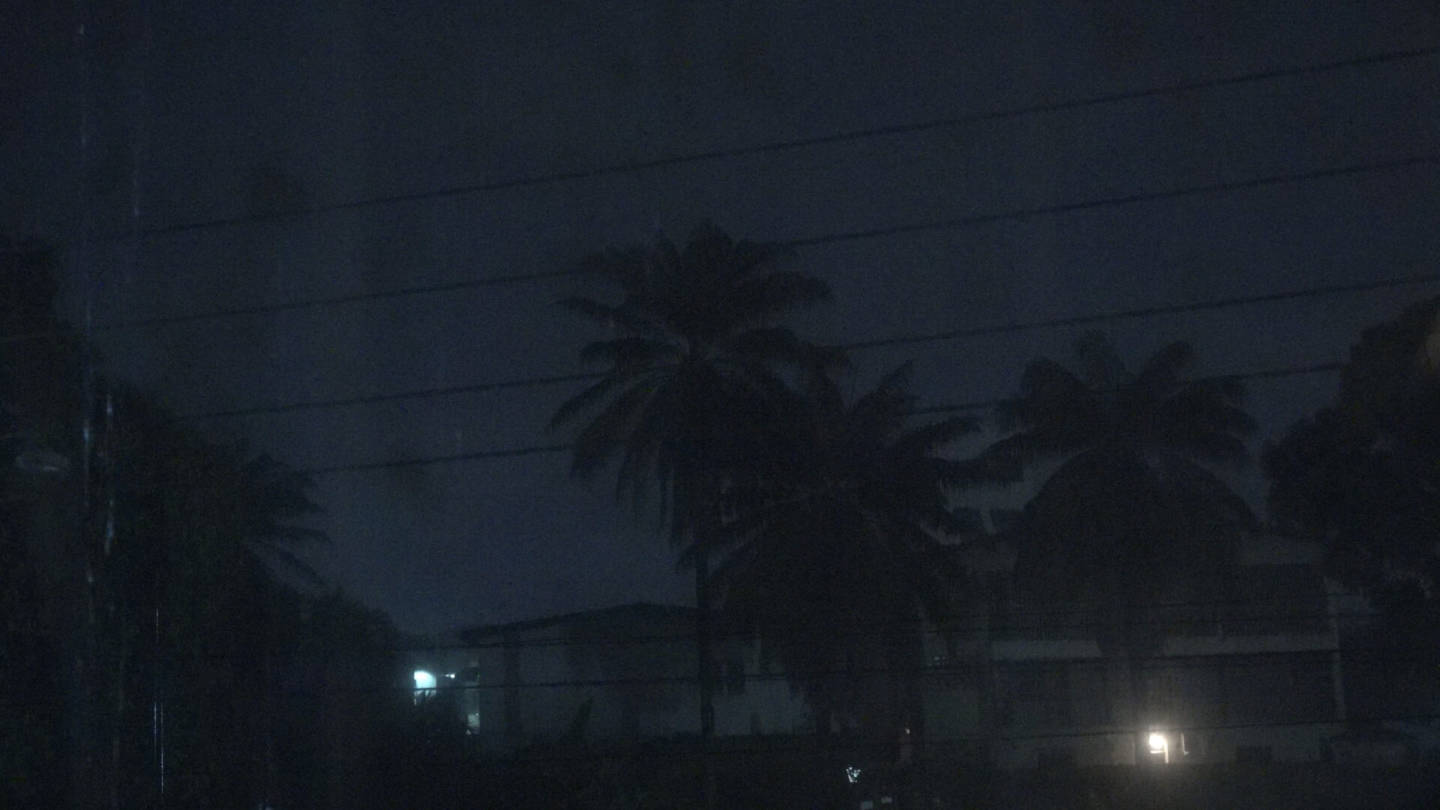 Show Me The World Mister is a solo exhibition comprising two new films by London-based artist Ayo Akingbade. Shot on location in Nigeria, The Fist and Faluyi are Akingbade’s most ambitious productions to date, building upon her continued interest in history, place-making, legacy and power.

Shot on 35mm film, The Fist is an intimate portrait of a modernist style factory – the first Guinness brewery built outside of Ireland and the UK, located in Nigeria, 12 miles from the centre of Lagos on the Ikeja Industrial Estate. Completed in 1962, in the wake of Nigeria’s independence from Britain, the factory is a site where interwoven histories of industrialisation and labour are brought into focus. Observing the comings and goings of workers, and the factory’s assembly and packing lines, Akingbade perceptively highlights the deep-rooted politics embedded in the beverage’s production.

At the opposite end of the gallery, the artist’s second film, Faluyi, follows protagonist Ife as she embarks on a meditative journey tracing familial legacy and mysticism within ancestral land. Shot on 16mm film in the Idanre Hills – a UNESCO World Heritage site in Ondo State, the birthplace of Akingbade’s parents – the film is an introspective contemplation of the artist’s own personal relationship with Nigeria. Panoramic views of bouldering hills surrounded by thick groves form the backdrop to a sensitive tale of loss and longing, turned hope and celebration.

Both films are situated within a wider installation formed by a central axis of aluminium, steel and polycarbonate. Operating within an atmosphere of reduced daylight, the original architecture of the gallery – a former veneer factory and brewery – is still perceptible, albeit through a tinted film that evokes the dust of the harmattan season in West Africa. The presentation shuns total darkness to render visible factory-made infrastructures and recall the fading street lights of Faluyi.

Following its Chisenhale Gallery premiere, the work will be exhibited at partner venues through 2023-24.

The commission and its acquisition by the Whitworth, The University of Manchester collection, are made possible with Art Fund support. With additional support from the Chisenhale Gallery Commissions Fund and WEVAA (West of England Visual Arts Alliance).