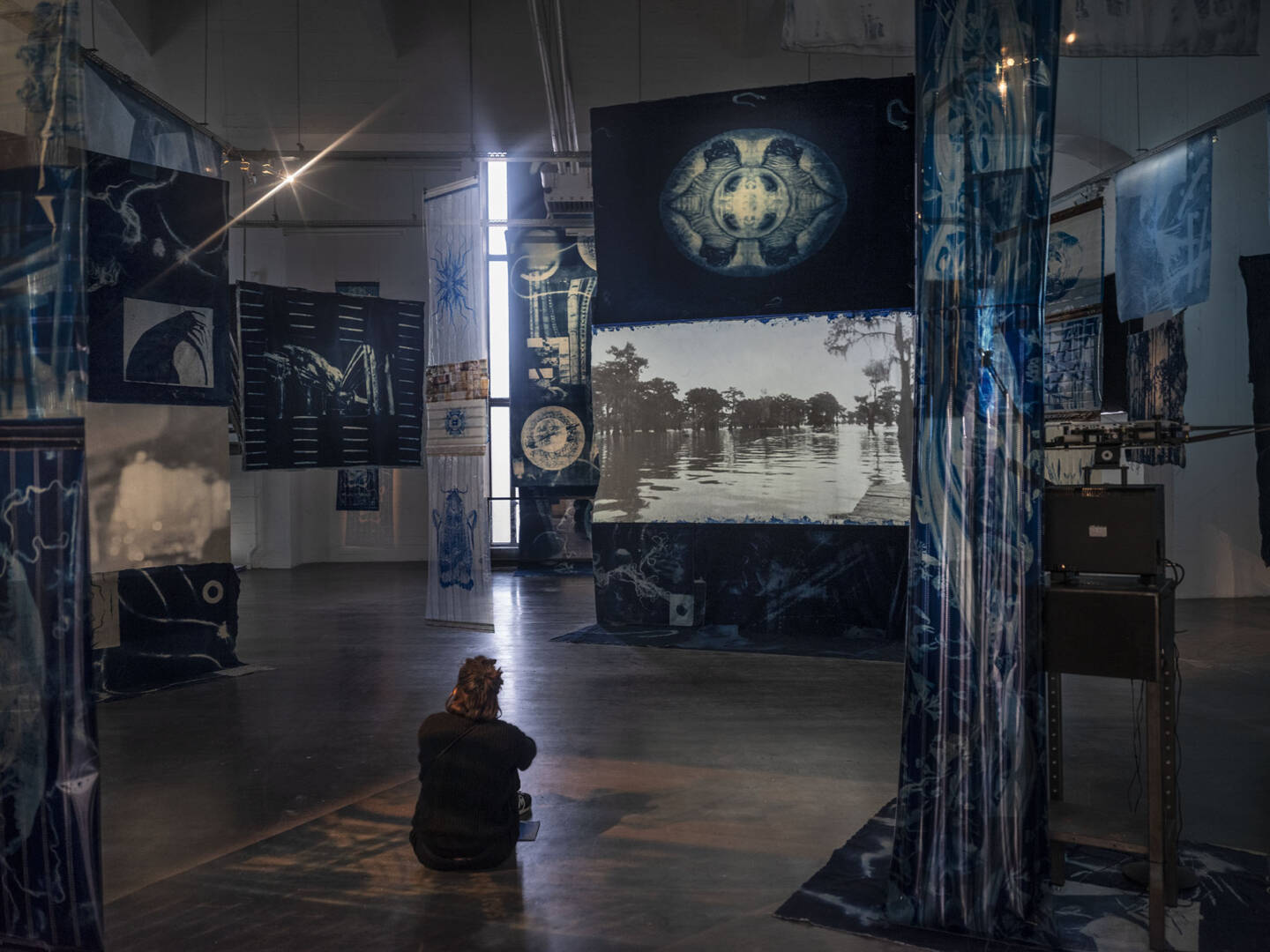 The first exhibition in this country by Ellen Gallagher (Providence, Rhode Island, 1965) will span two decades and feature three of the collaborative film installations she has made with Dutch artist Edgar Cleijne (Eindhoven, Netherlands, 1963). An immersive itinerary that recalibrates the tensions between fiction and reality, it will explore issues of race, identity, and transformation, with reference to historical and contemporary themes that include Modernist abstraction, marine biology, and Black popular culture.

In Gallagher´s ongoing series of works on paper she started in 2001 entitled Watery Ecstatic, the artist creates a new natural history of complex biomorphic forms associated with Drexciya, a mythical underwater realm engaging with the afterlife of the Atlantic slave trade. Completing the exhibition are three film installations produced by the two artists, including Osedax, a celluloid narrative centred on whale fall, a scientific term for cetacean carcasses that have descended to the abyssal zones, where they are consumed by scavengers.