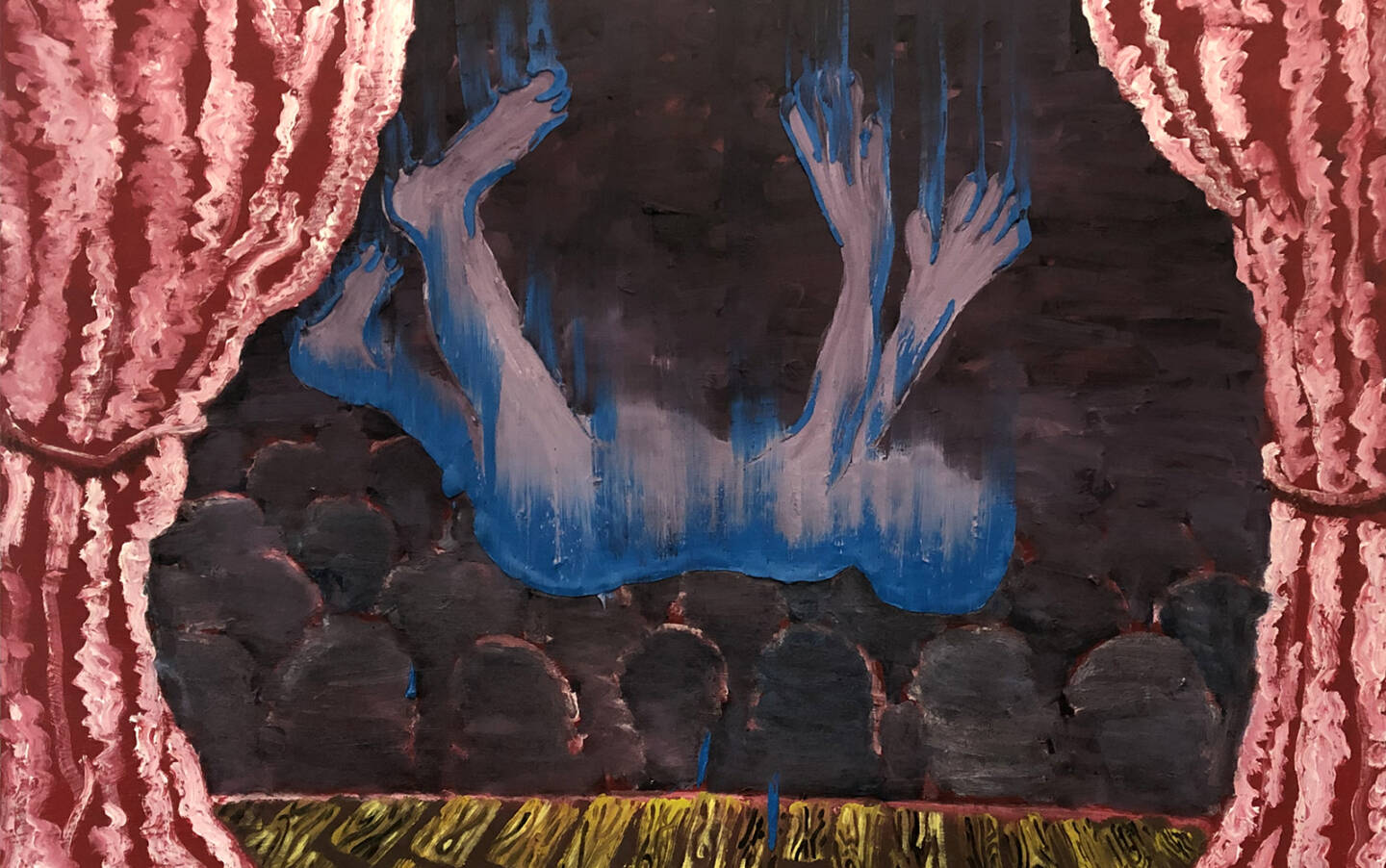 Attentive to the generation of emerging artists, the CAM team seeks to offer space for them to express themselves, alongside the rest of the programming. This exhibition is the result of an invitation to Fernão Cruz to hold a solo exhibition, planned from scratch for the Calouste Gulbenkian Foundation and therefore featuring previously unseen works: paintings and sculptures installed in two successive but distinct spaces, separated by a corridor along which the visitor is invited to walk.

Painting is a place of fiction elevated by humour and expansive gestures. In this project, it is also a swing door to another dimension: a narrow passageway and a dark place where sculpture free-falls into an unfathomable abyss.

Fernão Cruz’s painting always gives the strong impression of a playful component, of joyous colour, linguistic diatribe, plays on words and shapes, cut-outs and plasticity, scale according to a necessary swiftness of the eyes and senses. The world can be that party where a continuous cartoon enlivens the screens, where an uncommitted, chaotic and dreamlike surreality takes on effervescence, metamorphosis, singularity, eruptions, flow, surprise, absurdity, contortion, impudence and thoughtlessness. But according to Fernão Cruz, a work ‘has to be capable of its potential self-destruction.’ Any work is in continual movement from the moment it starts to be undertaken. And if art can be a reflection of life, the work is a rhythmic and renewed mutation of both.

The swing door-painting in the first room of the exhibition proposes a crossing: to the other side of the painting and its surfaces, to the experience of the volume, on another level of reality. Going from the second to the third dimension and from there to the time of death and to the control of light does not mean just destabilising the distinction between image and object, idea and realisation, screen and spatiality; it means, more than anything, the voluntary abandonment of the coordinates of safety. ‘Panic room’? A room of black humour and helplessness in the face of the gravitas of the situation.The bronze objects, which populate the walls like prosaic ex-votos, are more or less capricious notes of that which permeates the palpable rush of days, but also of the fantasy that ravages them. In the centre, an unlawful kidnapping is committed by a gigantic bird of prey: the theft of an item of clothing (a skin), a layer of the soul.