Calouste Gulbenkian Foundation: “René Lalique and the Age of Glass” 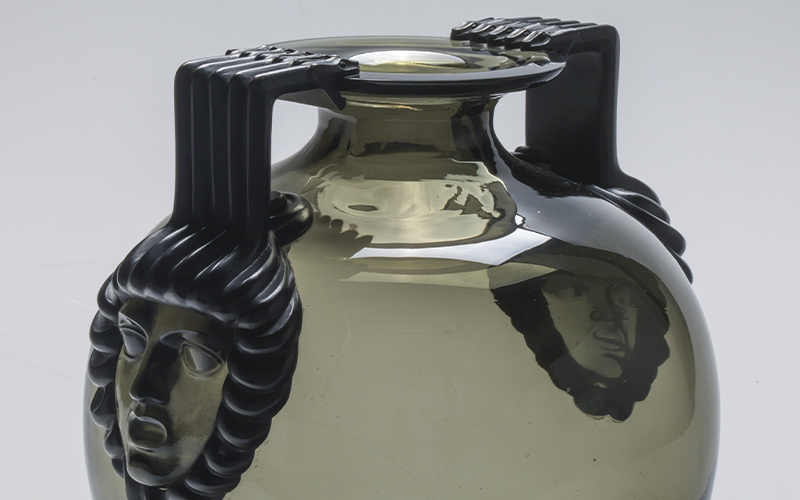 In the Founder’s Collection, the Calouste Gulbenkian Museum has gathered almost two hundred works by René Lalique, including some of the most celebrated jewels created by this artist.

This magnificent set has its origins in the 1890s when Calouste Gulbenkian and René Lalique first met. Their friendship, which lasted for almost half a decade, led the collector to acquire all these pieces, with just one exception, directly from the artist between 1899 and 1927.

This exhibition, chronologically situated between two key moments in 20th century art history – the 1900 World Exhibition and the International Exhibition of Modern Decorative and Industrial Arts in 1925 – will cover the various stages of the artist’s career, from his jeweller days during the Art Nouveau period to the moment he took up the role of ‘creator-industrialist’, committing himself exclusively to glass as a material of creation.

Following the founding of a glass factory in Wingen-sur-Moder in the Alsace region, in 1922, inspired by the idea of ‘l’art pour tous’, as proposed by Roger Marx, Lalique diversified and developed his glass production, pointing to a new direction: the large-scale production of glass objects and the widespread use of glass in architecture and design.

The first exhibition dedicated by the Foundation to René Lalique since 1988 brings together of around one hundred works – including jewellery, vases, decorative panels and everyday objects –, revealing how the search for transparency was a perennial presence in the artist’s production.

For this project, the Calouste Gulbenkian Museum has enjoyed exceptional collaboration from the Musée Lalique in Wingen-sur-Moder, while also welcoming works from some of the most important private collections in the world. These works mainly illustrate the different stages in the artist’s career during the transition towards the mass production objects in the Art Déco period.