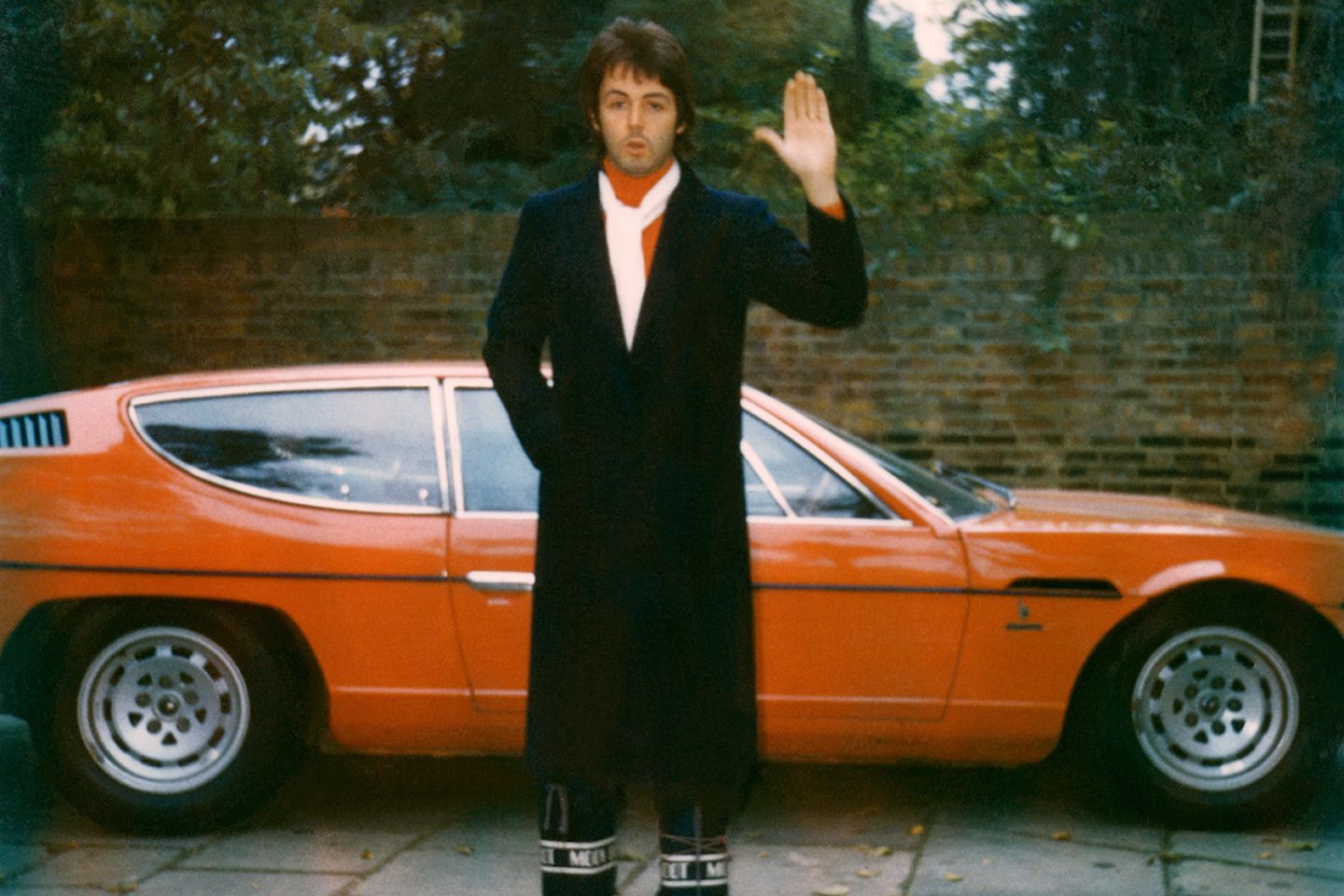 “She ́d always just be looking for everyday moments that interested her rather than manicured scenes. She wanted real moments.” – Mary McCartney

A man stands in front of a modish red sports car. He wears absurdly large and bulky moon boots and a long black coat, his left hand raised in greeting. It’s quite an entrance, yet his gaze into the camera is wholly unassuming. The photograph of Paul McCartney was taken in the 1970s. The woman behind the camera was Linda McCartney, a photographer who had already made a name for herself with her portraits of famous personalities and musicians such as Aretha Franklin, Jimi Hendrix, and Bob Dylan. But as her life became more public, the subject matter of her photographs grew more personal, intimate and experimental. For decades, she took pictures of her family and their everyday surroundings, creating a panorama of unpretentious, sometimes very intimate moments that also document the evolving Zeitgeist.

How is the happiness, warmth, and harmony of family life conveyed in the photographic image? Linda McCartney’s photographs offer glimpses into the everyday life of an anything-but-ordinary family, and their naturalness is both surprising and captivating. The photographer’s clear gaze, understanding of visual composition, and empathy for her subjects allow them to appear vulnerable, approachable, and human. Unlike many of her contemporaries, McCartney engaged deliberately with the domestic and familial, and made this perspective the theme of her professional work. She saw her life as wife and mother not as a limitation but rather as an enrichment of her visual world. In her pictures, she reflected on both the medium of photography within the public and private worlds. The singular magic that imbues Linda McCartney’s work lies in her masterful use of a photographic technique that renounces the photographic negative as a means of reproduction and relies on the uniqueness of a one-of-a-kind positive: the Polaroid—irreproducible, uncorrectable, always live.

The exhibition at C/O Berlin presents over 250 Polaroids and a selection of vintage prints taken from her archive with many of the Polaroids dating back to the 1970s when instant photography was a new innovation, an innovation Linda McCartney was keen to test the boundaries of. The Polaroids on display are an intimate collection and insight into Linda’s memories and visualeye with each image unique to a specific moment in time and space. Linda McCartney. The Polaroid Diaries – exemplifies her gift for capturing the moment and is published by Taschen.

Linda McCartney (b. 1941 in New York, NY; d. 1998 in Tucson, AZ) started her career documenting the music scene of the 1960s. In 1967, she was named US Photographer of the Year, and in 1968 she became the first female photographer to shoot the cover of Rolling Stone magazine. Her photographic work later grew to incorporate the themes of social commentary, domesticity and nature. She also experimented with various photographic techniques such as cyanotype. Linda McCartney was a vegetarian and was one of the first prominent animal welfare activists. She was a cookbook author, musician, and mother of four. She died of breast cancer at the age of 56. Her work is represented in the collections of the Victoria & Albert Museum and the National Portrait Gallery, London, among others, and has been exhibited internationally.