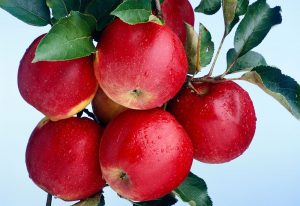 Rooted in the medium of photography, Christopher Williams examines the use and agency of images as they function within the industrial culture of the late capitalist era, investigating its systems of meaning and classification. Working primarily with singular images throughout a range of photographic styles and genres, Williams’s technically precise photographs, often produced in collaboration with set designers, models, and technicians, recall imagery from 1960s advertising, the Cold War era, as well as the histories of art, photography, and cinema, from Pop Art and Capitalist Realism to New Objectivity and Surrealism.

Williams’s work does not end when the photograph is taken, but includes all elements of its display, such as printing, matting, framing, hanging height, titles, and so on, as crucial aspects of the reception of the image. Much in the same way that a playscript is adapted for each new performance, the reception visual images are dependent on their methods and context of display. Each of Williams’s exhibitions represents careful stagings and restagings of the photographs, constructing a montage-like relationship between images that, underscored by an explicit relationship to contextual elements such as architecture, exhibition design, and institutional frameworks, demonstrates the provisional nature of the meaning of images.

Theater has increasingly been a touchstone for Williams, and the exhibition Christopher Williams . MODEL: Kochgeschirre, Kinder, Viet Nam (Angepasst zum Benutzen) at C/O Berlin utilizes its terminology to restage three rooms from previous exhibitions, including Wiels Center for Contemporary Art in Brussels, Galerie Nächst St. Stephan in Vienna, and a solo booth at the Frieze Art Fair in New York. In addition to replicating these presentations within the terms of a new exhibition at C/O Berlin, each physical element of the photographs has also been reconsidered, reprinted in a different size, and framed with different materials. Each of these rooms presents adaptations of these earlier permutations, underlining the exhibition format itself as a medium. A fourth room in the exhibition at C/O Berlin includes a display of materials on loan from the archives of Bertolt Brecht, Guy Debord, Harun Farocki, Peter Weiss, and Edward Weston, building a historical ground for a discussion about adaptation, modeling, and the reuse of existing images.

The photographs on display include the genres of portraiture, still life, and street photography, with subjects ranging from camera lenses, a stage set, shop-window displays, an African mask, and the staging of professional models for the production of their own image. These photographs are also often made based on existing images or image types, adapting and isolating fragments from our image world at large, reframing them for an analysis of the terms under which our culture produces and consumes them.

This general introduction sets the stage for a tense family drama.

Christopher Williams (b. 1956 in Los Angeles, CA) is a photographer and conceptual artist. In the late 1970s, he studied at the California Institute of the Arts under John Baldessari and Douglas Huebler, among others, and became one of the most important conceptual artists of his generation. Since 2008 he has headed the department of photography at the Kunstakademie Düsseldorf. His works have been exhibited at prestigious institutions and fairs, such as the Kestner Gesellschaft, Hanover (2018), La Triennale di Milano, Milan (2017), ETH Exhibitions, Zurich (2017), Whitechapel Gallery, London (2015), the Art Institute of Chicago (2014–15), Museum of Modern Art, New York (2014), Bergen Kunsthall (2010), Staatliche Kunsthalle Baden-Baden (2010) and Bonner Kunstverein (2009).