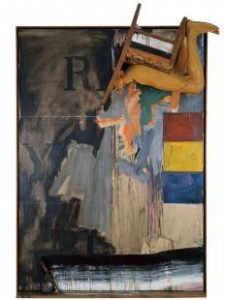 On view February 10 – May 13, 2018, Jasper Johns: ‘Something Resembling Truth’ , a collaboration with the Royal Academy in London, will feature more than 120 of Jasper Johns’ most iconic and significant paintings, sculptures, prints and drawings, many never before exhibited in Los Angeles. With loans from international public and private collections, including significant works from the Broad collection, the exhibition will trace the evolution of the artist’s six-decade career through a series of thematic chapters. The exhibition encompasses the full range of Johns’ materials, motifs and techniques—including his unique use of encaustic (heated beeswax) and found-material collage in paintings—and the innovations he has achieved in sculpture and the graphic arts by expanding the possibilities of traditional media. Johns’ use of accessible images will be thoroughly examined, seen continually transformed through the artist’s engagement with a wide range of human experiences. In a departure from a retrospective approach, Johns’ artistic achievements will be illuminated through the juxtaposition of early and late works throughout the exhibition.

One of the most influential and important artists to emerge in the 20th century, and one of America’s greatest artists, Johns has been seminal to the Broad collection. His work emerged with and has influenced numerous other collection artists represented in depth, including Robert Rauschenberg, Andy Warhol, Bruce Nauman, Ed Ruscha, John Baldessari and Sherrie Levine.