Bonniers Konsthall: “The World is Gone, I Must Carry You” 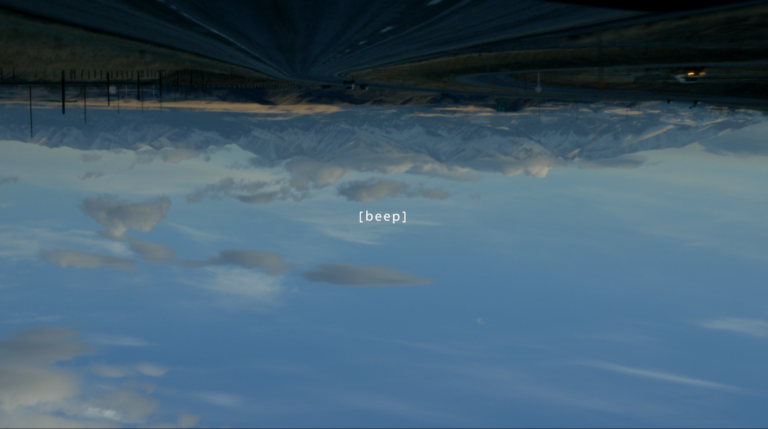 Bonniers Konsthall is proud to present the exhibition The World Is Gone, I Must Carry You by French-born, New-York based curator Mathilde Walker-Billaud, winner of BKH curator award 2019. Through film, audio and drawing, the exhibition explores ways of transmitting and sounding worlds. BKH curator award is a prize that seeks to encourage new endeavors in the field of curating.

Through film, audio and drawing The World Is Gone, I Must Carry You explores ways of carrying and sounding worlds. The title of the exhibition is the last sentence of the poem Vast, Glowing Vault written in 1967 by Paul Celan, a Romanian-German writer and Holocaust survivor. This enigmatic verse invites us to experience a rupture. Confronted with the finitude of the world, of one’s world, the poet has to be in dialogue with others, and promises to be a mediator and translator.

How to transmit a reality which is dislocated and estranged is at the core of the exhibition. In their attempt to give visibility to rare languages – and the communities that speak them – five artists propose critical and alternative soundscapes. Here the voice is more than an instrument of communication; it is a tool of resistance against loss and cultural erasure.

In her iconic and influential videos The Last Silent Film and Lost and Found, Susan Hiller creates a collage of rare languages from excerpts of ethnographic recordings. Amplifying speeches that have been forgotten in the archives of European linguists and anthropologists, her sound-driven works function as a platform for speakers of foreign and glossolalic tongues.

Sky Hopinka and Krista Belle Stewart also highlight the shortcomings of the ethnographic practices and their ways of collecting and processing archive material, by returning to audio recordings of traditional songs of their own families and communities. In the site-specific installation Potato Gardens Band, Stewart re-appropriates the wax-cylinder recording of her great-grandmother Terese Kaimetko singing in Syilx, an Indigenous language spoken in the North Pacific coast (North America). The artist reclaims this voice as a personal archive and cultural patrimony. Hopinka’s film Jáaji Approx. documents a distanced but personal relationship with his father Mike Hopinka’s culture of the Ho-Chunk, an Indigenous community living in Midwestern United States.

Sky Hopinka participates with two other films – Wawa and Anti-Objects, or Space Without Path or Boundary – that translate his own knowledge of Cinuk Wawa – a revived creole language spoken in the Pacific Northwest. Here, the filmmaker transforms the tongue into a space of relationships and conversations. Like him, Gala Porras-Kim marks the existence of Indigenous cultures through the sound of their tongues. In the project Whistling and Language Transfiguration, Porras-Kim uses her drawings and notations as knowledge-based tools to translate the pre-colombian language Zapotec, still in use in Mexico. The artist demonstrates the cultural and political significance of whistling for the Indigenous people of the Oaxaca area, who have lived there for over 2500 years.

In Singing for the Sea Huws brings the Bulgarian Bistritsa Babi vocal ensemble into a foreign land, the shore of the North Sea (in Northern Europe), to amplify the dissonant presence of the Welsh community in England. In this film, the polyphonic and vulnerable voicescape — rising and falling like the waves — acts as a metaphor for a relation in permanent tension, a chorus of worlds that dialogue and coexist with each other.

The artworks in The World Is Gone, I Must Carry You marks the deep relationships between language, body and territory, empowering voices that have been silenced but still reverberate in landscapes around the world.

Bonniers Konsthall is proud to announce its first BKH Curator Award. Recognizing a need for new voices and an absence of opportunities, Bonniers Konsthall wishes to become a place for beginnings. Following decades of engagement with emerging artistic practices the award seeks to encourage new endeavors in the field of curating in the hopes of facilitating new trajectories.

Winner of BKH Curator Award 2019 is Mathilde Walker-Billaud with the exhibition The World Is Gone, I Must Carry You. Mathilde Walker-Billaud, originally from France, is now based in New York, where she recently graduated from the Center for Curatorial Studies at Bard College. The other three finalists 2019 were Eliel Jones, Liudmila Kirsanova and Sophie Rose. The jury included Elena Filipovic, Omar Kholeif and Magnus af Petersens.

“The jury felt that Mathilde Walker-Billaud’s proposal laid out an exhibition that promises to be visually compelling, thoroughly researched, and to respond to some of the key urgencies of our time. Specifically, the nature in which technologies reveal and conceal themselves, as well as the mechanisms by which art is able to represent a future possible reality. And this through a close examination of the politics of language and how the extinction of languages are a larger metaphor for loss, cultural effacement, and dealing with otherness. Walker-Billaud brings into conversation artists from across generations, here the iconic figures of our time are newly put into conversation with emerging voices who are shaping the canon of visuality for tomorrow.”