Bonniers Konsthall: “The Work of Mourning” 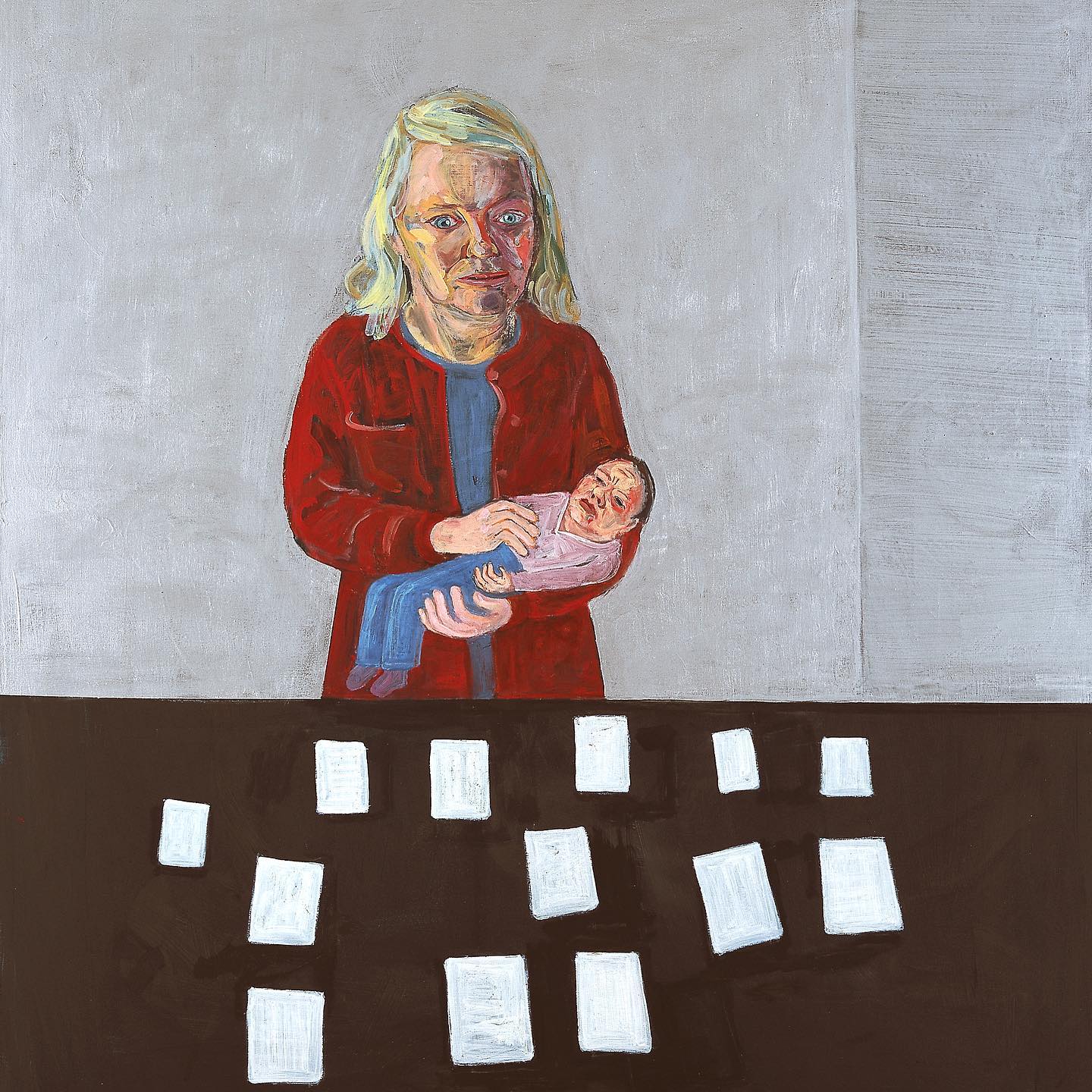 If mourning gives name to longing, loss and sorrow, then the work of mourning is the effort involved in working through that grief. The exhibition at Bonniers Konsthall wants to deal with this—the work that grieving demands. However, the artwork on display does not approach the theme in a theoretical or philosophical manner; instead, it gathers works that are created through or in the process of grief.

Planning this exhibition began long before the Covid-19 pandemic. From the beginning, the idea was to examine our relationship to portraits and objects that remain after someone has passed away and how mourners can use these as tools in the grieving process. However the issue of mourning was given new urgency once death – with fatalities in the thousands – became a daily occurrence and the world began following curves that represented lives coming to an end. We now consider this exhibition to be a place where we can talk about grief together. For if an artwork can allow us to imaginatively identify with someone’s mourning, we might then also more easily conceive of others identifying with our own. Thus, we might become less alone in grief; the work of mourning may be done collectively.

Artist Nadine Byrne’s mother died shortly before she began her studies at the Royal Institute of Art in Stockholm. Her oeuvre bears the scars of loss and in early works she makes use of fabrics her mother left behind. In the exhibition Byrne participates with a new work including video and spatial installations. The starting point for the video piece was a a series of meetings with a group of artists and cultural practitioners whose mothers have passed away—a group she put together herself. Together they discussed how grief feels and how to live with it.

“My own experience of losing a parent led to my interest in mourning and loss as a catalyst for artistic creativity and in how the permanent void that is grief can be expressed.”

When Uruguayan artist Alejandro Cesarco found out that his father, a doctor, had incurable lung cancer, he began filming him at his own medical practice. Shortly afterwards, Cesarco projected the images on the walls of his father’s work room and filmed them again. Titled Present Memory, the work involves a projection of a projection and this repetition creates a visual echo and a bittersweet sense of an absent presence. With this piece, the artist takes on the difficult challenge of transforming his father into a memory while he is still alive.

Lena Cronqvist created a series of paintings in 2001, Vita Ark (White Sheets), in which she mourns her recently deceased husband, the author Göran Tunström. In one of the paintings, Framkallning (Development) we see the artist bent over two baths of developing chemicals, holding a sheet of white photo paper in her hands. In the baths we can discern her husband’s profile and she stares at the silhouettes as if hypnotized – as though the development was an invocation that might bring him back.

Jonas Dahlberg’s Music Box can be described as a work of mourning. It is a close study of a music box found in the estate of his deceased father and that has been in the family for generations. The observer follows as the camera seems to seek something inside the box and occasionally we get so close to the object that it appears as its own universe. Jonas Dahlberg’s art has received worldwide attention due to another work that also is rooted in mourning: the Utøya memorial. A work he created in parallel with Music Box.

After Jennifer Loeber’s mother suddenly passed away, she sorted through her possessions. She became obsessed with preserving even the most mundane objects, but instead of providing consolation they only caused more sorrow and anxiety. In order to get herself out of that state, she began interacting with her mother’s things, which led eventually to a photographic series titled Left Behind. Here she pairs together photographs of her mother with the things that had belonged to her.

When Berit Lindfeldt lost her son, work in the studio became a comfort and a refuge. “Here grief found an outlet in the materials available. I let the materials pass through my fingers and the result was everything possible: from constructive creations to lumps.” The grieving process has shadowed Lindfeldt’s art and in the exhibition we see a selection of sculptures that the artist considers significant for this time.

The common denominator for the artists in the exhibition is that they have all lost someone they loved, and in their work they have given physical form to their loss. They portray not just the deceased and their possessions, but also their absence. Regarding the paintings made after losing her life companion, Lena Cronqvist said:

“Being an artist has surely helped a lot when it comes to handling my bereavement. If nothing else, it at least allows me to escape for a minute into my work. I guess that’s kind of what I was doing as I sat there alone, just painting and painting.”

In this exhibition, we encounter grief and unbearable pain, but also acceptance, survival and love. These are private topics, difficult to talk about and when words aren’t enough, art can provide the language we need. Or as Cronqvist says, “On the other hand, I have painted it. So I don’t really have to talk about it. It’s all there to look at.”