Bombas Gens: Paul Graham ‘The Whiteness of the Whale’ 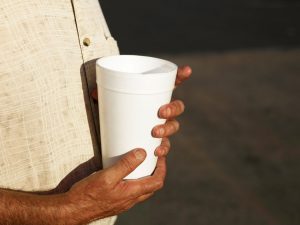 Paul Graham, California, from the series “a shimmer of possibility,” 2005–06

The private foundation Per Amor a l’Art presents The Whiteness of the Whale at Bombas Gens Centre d’Art (Valencia, Spain); a solo exhibition by Paul Graham (British, b. 1956) curated by Christopher McCall and organized by Pier 24 Photography, San Francisco.

The exhibition brings together three bodies of work by artist made in the United States between 1998 and 2011: American Night (1998–2002), a shimmer of possibility (2004–06), and The Present (2009–11). These series of photographs share a common interest in analysing racial and social inequality, reflecting upon the contemporary social fabric and, at the same time, examining the nature of sight and perception as well as the photographic medium itself.

The title, which refers to one of the chapters of Herman Melville’s Moby Dick (1851), alludes to the blindness of men and to the idea that obsessive search for something could lead to destruction. This blindness, which is a consequence of a particular belief that makes it difficult to see what is actually happening in society, forms the basis of the metaphor Graham uses for this exhibition.

American Night, the first work carried out in the US, is an account of his first impressions of this country and its socioeconomic conditions. In this series, Graham combines nearly invisible, overexposed images, located in hostile suburban environments, and dark pictures of homeless people opposed to images of mansions and cars of vibrant colours situated in various American cities. With these overlays—light, darkness and colour—Graham shows the invisibility of the dispossessed and the omnipresent class divide in the US at the turn of the twentieth century.

a shimmer of possibility includes everyday life scenes captured in a journey across the United States. It is presented as a mosaic of images reflecting upon the photographic medium as a process of movement, thought and observation in the style of Chekhov, whose tales were descriptive accounts of ordinary moments. Some sequences include such intimate scenes that images show, almost clinically, social and personal deprivation.

In The Present, Graham continues with the tradition of street photography and, to some extent, with the wake of the “decisive moment” through images of New York City. Photographs framing slightly different elements are formalised in series of two or three images of the same scene—separated by brief fractions of time—in an attempt to emphasise those fleeting moments as a fundamental part of living in a city.

Graham has recognised the connection between the three projects that are included in The Whiteness of the Whale and the main controls of the photographic camera: the aperture display that adjusts the light, the shutter speed that controls the timing, and the focus signal that centres the attention. In this regard, his photographs do not just refer to America, but to the very act of photographing through light, time and conscience.

Paul Graham is known internationally from his very first book A1. The Great North Road (1981–82). His work is a benchmark in the history of documentary photography in Britain. Since 2002, he lives and works in the United States. His works have been exhibited in the most important artistic institutions including the Museum of Modern Art (MoMA) in New York and Tate Gallery in London. His most recent relevant publications are: Does Yellow Run Forever? (Mack, 2014), as well as the book accompanying this project published also by Mack, The Whiteness of the Whale (2015).

Five of the works in the exhibition belong to Per Amor a l’Art Collection, in which there are a total of nine works by the artist.