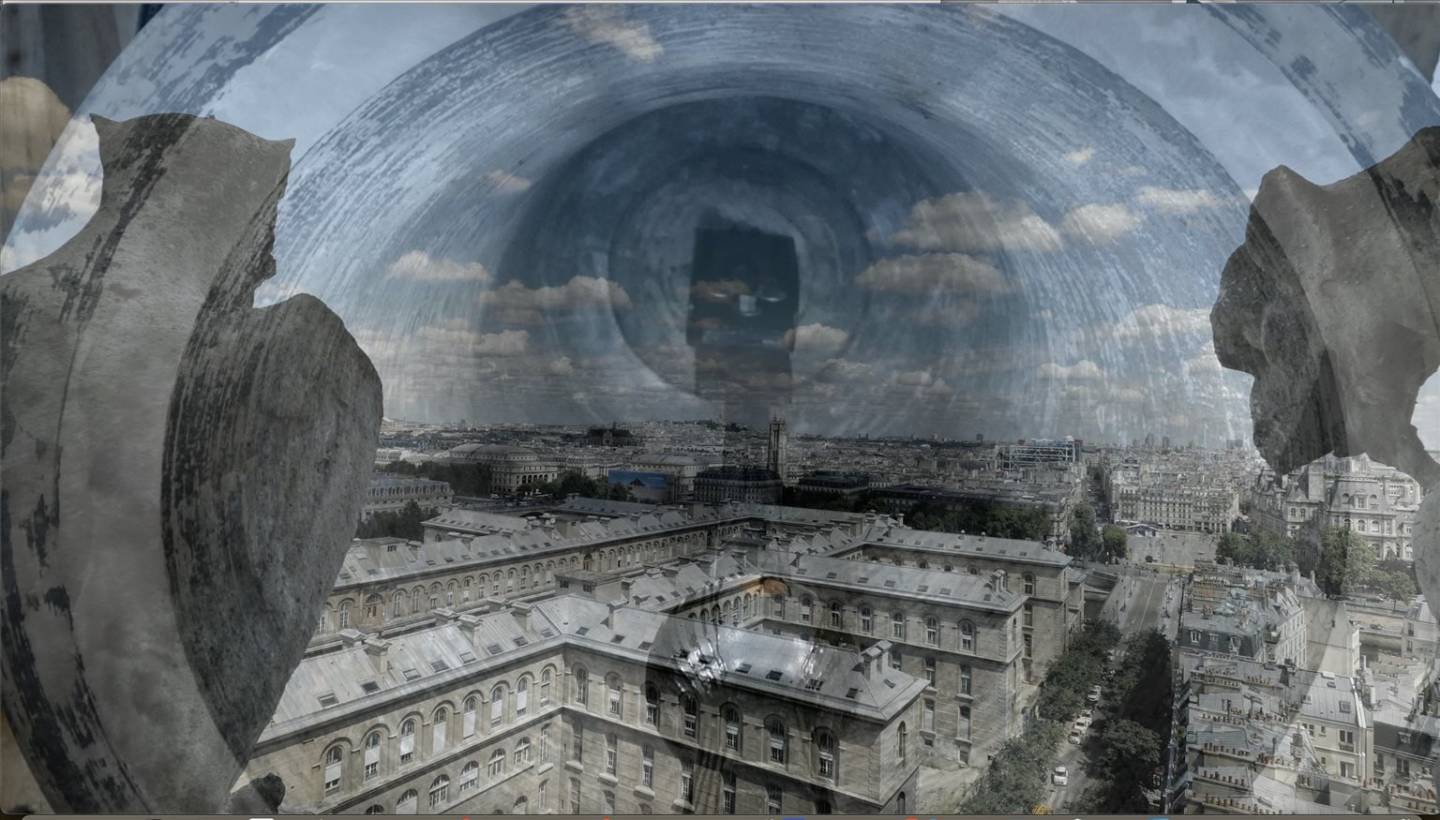 Exhibited in Istanbul after its unveiling during an inaugural event through a speaker system placed on the terrace of the Centre Pompidou, one of Paris’ iconic architectural landmarks, almost directly facing the Notre-Dame Cathedral, Silent Echoes: Notre-Dame intimately connects with John Cage’s idea that “music is permanent; only listening is intermittent”, and honours Arter with the privilege of being the first museum in the world to host the project outside Paris.

Visitors are granted the remarkable opportunity to experience the auditory environment laid out by Bill Fontana’s Silent Echoes: Notre-Dame through ten speakers placed on Arter’s -3 floor, concurrently with another work by the artist: Resounding Io, displayed in Arter’s performance hall Karbon. Fontana’s experimental video, produced in relation with Silent Echoes: Notre-Dame, will also be on display in Arter’s Sevgi Gönül Auditorium from 13 September to 4 December 2022.

In a career spanning 50 years, Bill Fontana (b. 1947, USA) is internationally known for his pioneering experiments in sound. He has consistently used sound as a sculptural medium to interact with and transform our perceptions of visual and architectural spaces. Applying his knowledge of composition, he draws out patterns of sound from the natural and man-made worlds to create sound works with the potential to conjure up visual imagery in the mind of the listener. Many of these works create live listening networks that collect information from sources as diverse as the Large Hadron Collider at CERN, the Millennium Bridge in London, the beaches of Normandy, fog horns in San Francisco, old-growth forests, hydroelectric turbines, and urban environments. From the late nineties until the present, Fontana’s projects have explored hybrid listening technologies using acoustic microphones, underwater sensors (hydrophones) and structural/material sensors (accelerometers). His more recent works are explorations of the relationship between image and sound, expressed through the combined mediums of audio and video. Fontana’s work has been exhibited internationally at the Whitney Museum of American Art (New York), the San Francisco Museum of Modern Art, the Museum Ludwig (Cologne), Kunsthaus Graz, Kolumba Museum (Cologne), Museo Nacional Centro de Arte Reina Sofia (Madrid), MAXXI (Rome), the Art History and Natural History Museums (Vienna), both the Tate Modern and Tate Britain (London), the 48th Venice Biennale, the National Gallery of Victoria (Melbourne), and the Art Gallery of NSW (Sydney). He has realised sound sculptures, public art commissions and radio projects for museums and broadcast organisations around the world. In 2013, Fontana was the recipient of the “Prix Ars Electronica Collide@CERN”, a prize taking digital creativity to new dimensions by colliding the minds of scientists and the imaginations of artists. Acoustic Time Travel was created during his residency alongside a CERN cosmologist and transformed the Large Hadron Collider into the world’s largest acoustic instrument.

From 2000 to 2004, Thomas Goepfer studied flute and research applied to electro-acoustics and computer music at the CNSMD in Lyon. He received his final award with honors and then dedicated himself to musical research and creation by becoming a member of the IRCAM team as a computer music designer. Since joining IRCAM, he has worked with numerous composers and artists such as Ivan Fedele, Gilbert Amy, Stefano Gervasoni and Cristina Branco for Com que voz, Ensemble intercontemporain, Hèctor Parra for his opera Hypermusic Prologue, Georgia Spiropoulos and Médéric Collignon for Les Bacchantes, and Sarkis for his reading of John Cage’s Roaratorio, Ivan Fedele, Philippe Manoury for his concerto for piano.

Dionysios Papanikolaou is a composer, performer, producer and computer music designer at IRCAM. In 2007, he moved to Paris to pursue studies in instrumental and electronic music (BBCNR, Paris-VIII, PSPBB, IRCAM). He has worked in several positions in the professional music world: professor (G. Eiffel University), in production with several composers and groups, computer music designer (IRCAM); and in different contexts: concert, theater, installation, dance, video, cinema. His musical language is marked by electro culture and performance. His ideas combine traditional and computer-assisted composition, electronic live performances and wild improvisation in a complex analog, digital and modular network.

His works have been presented at various festivals and concerts in France, England, Greece, Germany, Austria and Finland.