Basil & Elise Goulandris: Photis Kontoglou and His Influence on the Younger Generation 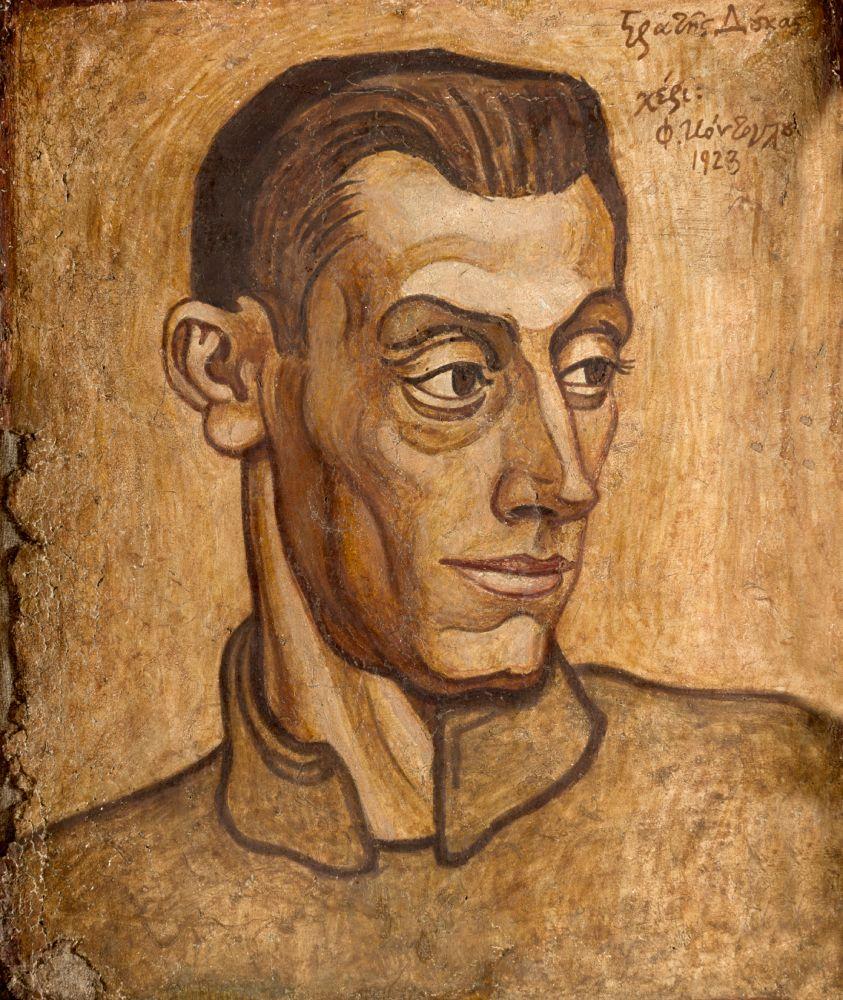 Under the patronage of H.E. the President of the Hellenic Republic Ms. Katerina Sakellaropoulou

It is with great pleasure that the Basil & Elise Gouldandris Foundation in Athens presents a tribute exhibition to gifted teacher Photis Kontoglou, titled Photis Kontoglou and his influence on the younger generation, on display at the temporary exhibitions gallery from September 21 to December 12, 2022.

The exhibition is a tribute to the 100-year anniversary of the national disaster of the uprooting of the Greeks of Asia Minor from their century-old roots. This anniversary has been recorded as a major chapter in what is considered, par excellence, a disaster in Greek history. It is a time of recollection and remembrance. Memory seeks a way out towards the origins of historic time and at the same time it serves as a reminder of the debt and obligations towards those who strongly objected to the erosion of collective memory, turning the intention to restore the sanctuary of “Greekness” and rekindle the fire of tradition that has been sidelined for one hundred years into a matter of national responsibility.

Photis Kontoglou, one of the leading personalities of that generation, as a genuine spokesperson advocating the need to return to established and folk tradition saw it necessary to end the guardianship of and the dependence on the art movements of the West. He wanted tradition to be Greek and in line with Orthodoxy.

At a time when all relevant concepts were shaken by the swirl of multicultural transformation and the traditional structure was under the pressure of deconstruction, Photis Kontoglou, as the heir of the educational values of Aivali, felt obliged to object to the so-called “Attic narcissism”, according to Tsarouchis, and draw from the depths of his soul the dormant values of his cultural references.

Despite the occasional criticism, it is certain that both his narrative painting and his spiritual doctrines have left an indelible mark and have deeply influenced Greece in the 20th century.

The tribute exhibition Photis Kontoglou and his influence on the younger generation consists of two parts. The first part focuses on the gifted Photis Kontoglou, with his overwhelming emotional sensitivity, the clarity of his narrative speech, his skillful design and the lyricism of his paint brush, that turned him into a revivalist of National conscience and the functional art of Orthodoxy. The second part highlights his influence on the arts and letters of the 20th century, on the younger generation.

Apart from his first students, namely Yannis Tsarouchis and Nikos Engonopoulos, strong bonds were formed with Rallis Kopsidis, Spyros Papaloukas, Spyros Vassiliou, his co-patriot Stratis Doukas and Nikos Velmos. Artists including Yannis Moralis, Diamantis Diamantopoulos, Klearchos Loukopoulos and Klaus Vrieslander, who were close to him but never became his assistants or students, belong to the group of his “crypto-students”. There are also many living artists who breathed in the artistic and spiritual aura of a work that indirectly influenced their works, and who gratefully admit to their debt.

Overall, 39 artists juxtapose their works with works by Photis Kontoglou where all influence, direct and indirect, is evident: 52 lenders, Foundations, organisations and individuals contributed with loans that amount to 135 works.

The exhibition is presented in the following sections:

The General Director of the Basil & Elise Goulandris Foundation Mr. Kyriakos Koutsomallis is the curator of the exhibition.