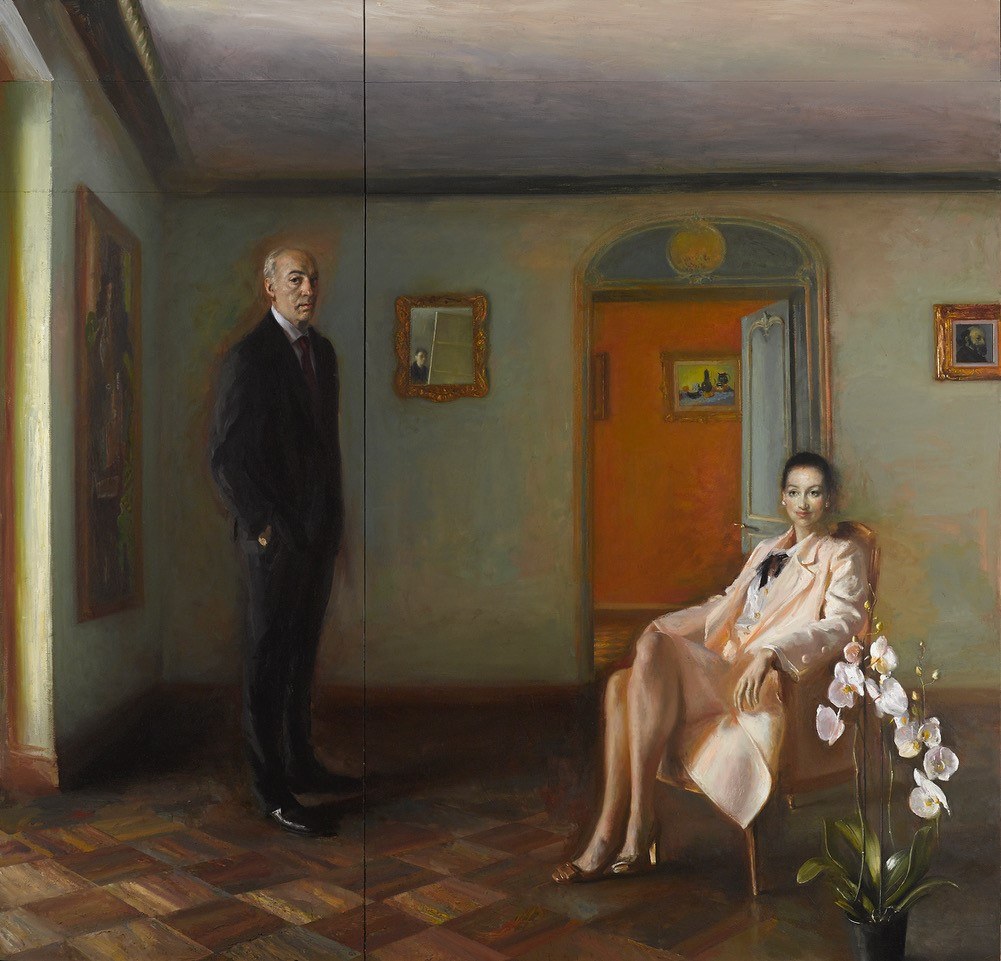 In the summer of 2021, the Basil and Elise Goulandris Foundation presents a retrospective exhibition dedicated to the distinguished painter George Rorris entitled The Nobleness of Purity, at the Museum of Contemporary Art, Andros.

A long and touching story, spanning 35 years, connects George Rorris to the Basil and Elise Goulandris Foundation. Basil Goulandris, with the contribution of Panayiotis Tetsis and Dimitris Papastamou, recognized the young painter’s talent already from 1986, when Rorris was only 23 years old. He offered him the opportunity to exhibit for the first time that year, in the New Wing of the museum on Andros. He was one of the first collectors of his work, purchasing emblematic creations such as Caesarion and Large-Scale Study in Cadmium Red. He also encouraged him to continue his studies in Paris, offering him the opportunity to realise his desire thanks to a scholarship which had just been established by the Foundation.

The deep bond which connected Rorris to the couple, continued even after the death of Basil, in 1994, and of Elise, in 2000. In 2017, with the opening of the Athens museum approaching, Rorris was commissioned the difficult task of painting a portrait of the couple. It took seven months for the completion of this exciting challenge. Thanks to the perspicacity of his gaze, this portrait was not just an honorary tribute to the two people he considered his patrons all these years; it evolved into an arrangement of the influences of all the teachers who inspired him throughout his artistic career.

The Basil and Elise Goulandris Foundation has the honour and joy of organising a large tribute to the work of George Rorris who is now recognised as one of the most important visual artists of his generation. Collectors and cultural organisations accepted the Foundation’s invitation and, as a result, we have managed to bring together the painter’s most important works, spanning from his early career to this day.

The exhibition entitled George Rorris – The Nobleness of Purity follows a retrospective approach to the artist’s work. Including almost 60 paintings and drawings, it attempts to trace his artistic evolution through three sections. The boundaries between these sections are not clear. The viewer wonders among the works, trying to find likenesses to familiar faces with the spontaneity and ease of a child.

The first section analyses the relationship between the artist and his studio, the space which he uses as a workplace, an outlet and a carapace. It is a founding element of his creative course which helped him formulate his relationship with the outside world, his models, his artistic references and, more importantly, with himself.

The second section refers to the influences he received from his teachers and the dialogue he engaged in with them through his painting. When he names his teachers, he expresses gratitude to them. It is as if he places himself among his predecessors, convinced that each of us is the totality of their influences.

The third section is dedicated to the incessant exploration of the body, made of “flesh and bones.” Through the transformations to which he submits it, the body emerges as the most moving symbol of our human capacity, our mortality. And Rorris’ painting has the ability, at the cost of work that accepts neither condescension nor tolerance, to feature this spark of immortality.

George Rorris’ contribution to the preparation of the exhibition was fundamental. His assistance in the selection of the works, his directions in relation to the scenography and placement of the paintings, the interviews he gave for the compilation of the “Chronology” in the accompanying catalogue offer viewers the opportunity to submerge themselves even more enjoyably in his work.

The scenography of the exhibition is signed by Andreas Georgiadis and Paraskevi Gerolymatou from Mikri Arktos.

The exhibition is accompanied by a trilingual (Greek, English, French) catalogue prepared by the curator Marie Koutsomallis-Moreau.